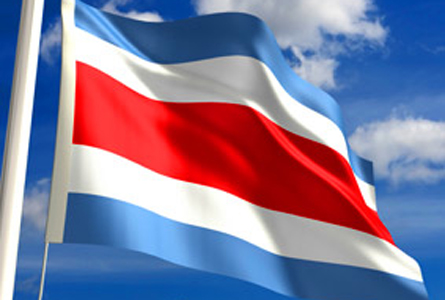 Dorie Clark, CEO of Clark Strategic Communications, is a marketing and communications consultant. She’s written a small piece on why Costa Rica is a winning brand from the touristic point of view:

I recently returned from a trip to Costa Rica — and along the way, discovered that almost everyone I know has either traveled there recently or has it at the top of their list. How did this tiny Central American country of four million people become such a tourist juggernaut, drawing close to two million annual visitors? The secret lies in Costa Rica’s use of four branding principles.

1. Your Brand = Your Unique Strengths. In developing a brand, you always want to start by identifying your unique competitive advantage. In the case of Costa Rica (which covers a miniscule .03% of the Earth’s surface), it’s the concentration of biodiversity, with 4% of the world’s plants and animals (over 500,000 species). In fact, it’s considered to be one of the 20 most biodiverse countries in the world — catnip for nature lovers, who have been lured by canopy tours (aka “ziplines”), kayaking, volcanoes, and rainforest walks.

2. Exploit Your Competitive Advantage. If you’ve got a powerful strength in the marketplace, beat it like a drum. Other countries have rainforests and nice climates, too, but Costa Rica has used every opportunity to reinforce its branding as the nature destination, from the tourist board’s slogan (“No Artificial Ingredients”) to a commitment to environmental causes and policies. In fact, Costa Rica launched a network of national parks in the 1970s, which now cover more than a quarter of its land. And the country (which first implemented a carbon tax in 1997) has set the ambitious goal of becoming entirely carbon neutral by 2021.

3. Guard Against “Too Much of a Good Thing.” Costa Rica loves the benefits of international tourism, which has been the nation’s #1 driver of foreign exchange since the early 1990s. But there are risks that come with such popularity (as Yogi Berra famously said, “No one goes there any more; it’s too crowded.”). Ecotourism is predicated on access to fragile and sensitive areas, which don’t look kindly on too many Nikon-toting tourists tromping around (yet the government hopes to reach 2.5 million visitors by 2014). And the Guanacaste province, one of the key areas designated for tourist development by the Costa Rican government in the late 1970s, is notoriously dry — a challenge when you have to entertain guests at high-end resorts like the Four Seasons, replete with a water-sucking championship golf course. This is going to be a challenge for Costa Rica to balance moving forward.

4. Protect Your Flank. Finally, another way that Costa Rica has been successful in the past is ensuring that no side issues (read: civil wars, drug running, or armed gangs) dampen its core brand dominance in ecotourism. Just as a business executive who is a masterful leader and strategic thinker can be undone by weakness in another area (he can’t operate a computer and therefore can’t communicate with clients), no one’s going to be interested in seeing monkeys in the rainforest if they’re afraid of getting kidnapped. Fortunately, Costa Rica has taken bold steps to shore up its flank, including strong funding for education and completely eliminating its military.