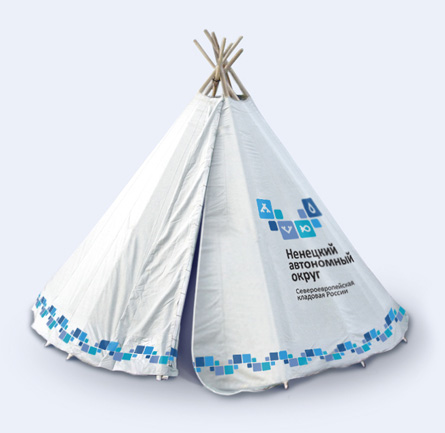 We continue to look North. Some weeks ago we imagined how a country sitting around the Arctic Sea would be like if ruled by Tyler Brûlé (the Nippon-Nordic Confederation) and now we look at a region which could enter the confederation thanks to its Arctic credentials.

In truth, we don’t normally look at anything below the nation level for branding, but this is exceptional. The Nenets are a fascinating people, and almost a nation, sitting along the Arctic shores in Northern Russia. If you believe Russia had harsh weather then you better don’t go to the Nenets region. Russia is like Greece in summer compared to Nenets’ weather.

Nenets are, according to the Wikipedia, a Samoyedic people, whose tongues are part of the Uralic family of languages. They are cognate to other indigenous peoples of the North – like the mysterious Enets and Nganasan peoples but also like their most famous brethren – the Finns.

Since they are located in a remote corner of the world, few know of their existance. And they are trying to reverse things with some brand identity work. And here’s the result:

As you can see, the concept of the Nenets region’s brand identity was put into these words – “The North European pantry of Russia”.

The items featured on the logo design are based in the cultural characteristics of the region: the tent represents concern for people’s welfare; the horns of a deer symbolize reindeer breeding, the fish image means fishing (obviously) and the drop of oil stands for crude oil production.

The icons are designed as elements of Nenets traditional folk ornaments. The logo’s shape not only matches ornaments general pattern but also resembles the geografical shape of the region.

Here’s a visual explanation of this: 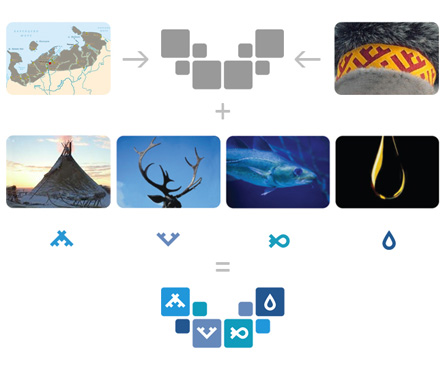 And here’s how the identity work applies to other instances: 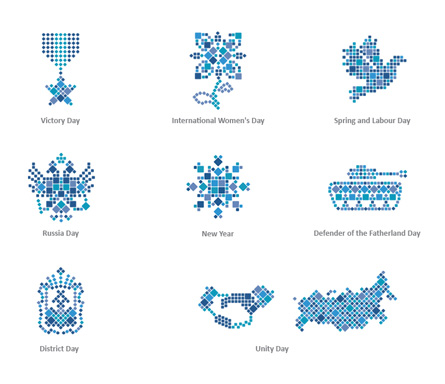 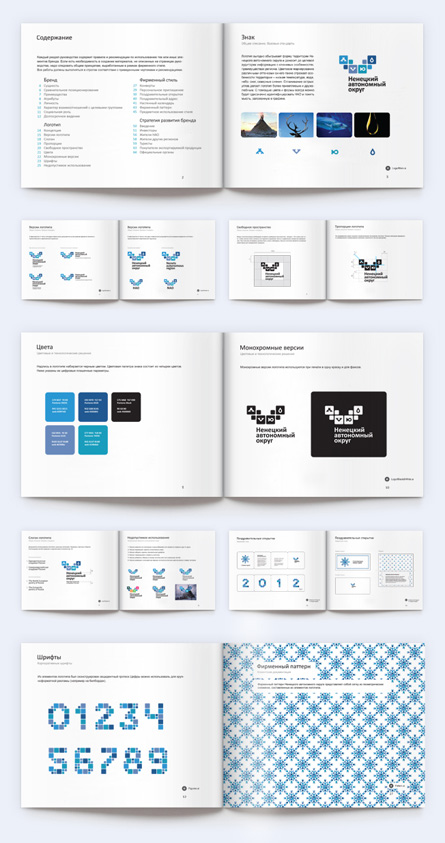 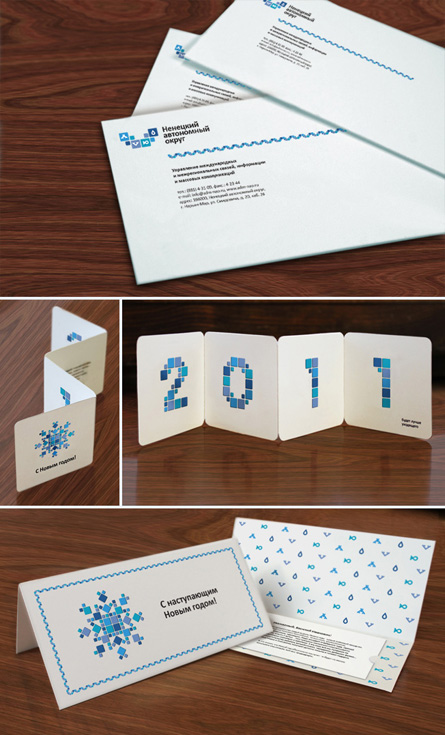 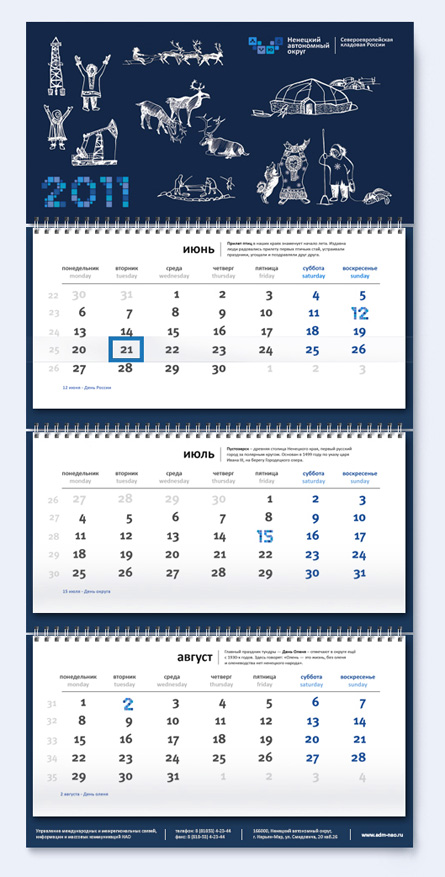 This good work was done by Notamedia.ru