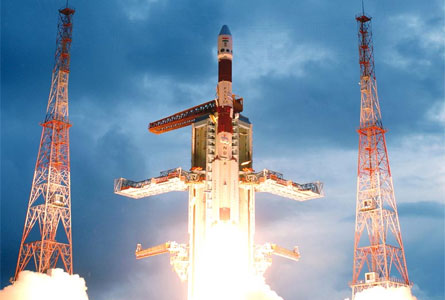 With its impressive performance, Brand India is a recurrent topic on the nation branding field as the rapid changes taking place in the country force old perceptions to be updated and cope with the image of the new India rising. We’ve recently had articles like this one and this one about India’s new image. Now it’s Roopak Saluja, co-founder and managing director of Bang Bang Films and Jack in the Box, turn to share his thoughts on India’s country brand.

India is a brand, perhaps one of the world’s most underleveraged ones up until 2004. Then ‘India Shining’ happened, which, in many ways, was quite the case of the image being brighter than the object. Kill me, patriots! But remember that I too am one.

China is a brand. And so are the United States, Britain, Japan, Brazil, Australia, France and even obscure nations like Vanuatu, The Gambia and Burundi. And just like consumer and B2B brands, some are more valuable than others.

There’s a chap named Simon Anholt, who is the undisputed nation-branding guru. Simon says (that was unintentional, I promise) that a country has a positive brand image if other people in the world are happy that it exists.

But why is branding important for countries in the first place? To quote Anholt, “In this era of globalization, people take decisions every day as to where to go on vacations, what music to listen to, what books to read. This impacts the future of countries. In such a situation the country’s reputation is very important, because people make these choices based on prejudices which may have nothing to do with reality.”

I’m fairly certain Italy is the world’s most popular nation. The world loves them… their food, clothes, wine, cars, women and even, men. Quite frankly, it would seem that Mussolini, Fascism, the Mafia and any other not-so-positive stuff couldn’t put a dent in their image. Then there’s the curious case of Argentina. How is it that in spite of decades of military dictatorship, a random  territorial war against Britain, defaulting on international debt and a recent economic crisis, the world still thinks pretty positively of them? It can’t be thanks to just football and tango.

Switching tracks to the evolution of nation brands… time has a great effect on them. Post-war Japan was considered to be a source of cheap goods – both cars and electronics. By the early eighties most of the world had forgotten that stigma, passing it onto the Koreans, who also managed to shake it off fifteen odd years later. Samsung is now in the same league as Sony, in case you haven’t noticed. And now China has to do battle with Haier, HTC, Huawei, ZTE and Lenovo. Watch that situation change by 2020.

Coming back to Japan, even though by 1985, the world was snapping up Hondas, Toyotas and Sony, cars and electronics were it. But by the mid-90s, Issey Miyake, Kenzo and Yohji Yamamoto climbed into the upper echelons of global haute couture. And with Japanese food taking the world by storm in the past decade, Japan has transcended most categories. Today, I would buy Japanese chocolate, icecream or vodka. And my favorite single malts are Japanese too. The concept would have been laughable thirty years ago.

The point I’m making is that the shape of nation brands can evolve very distinctly and quite rapidly based on a range of inputs, both deliberate and unintentional. I’m putting all my money on Brazil and India to be the fastest growing brands in the next two decades. They’re quite a similar pair in many ways – giant democracies with pretty unequally distributed wealth, robust manufacturing and service sectors, rapidly growing economies and oodles and oodles of soft power in the form of music, dance, varying traditions of sensuality (Kamasutra vs samba sexiness), capoeira, yoga and more. If we (us and them) play our cards well, we have the potential to be success stories to the level of Japan.

There are a million ways to play our cards right including curbing corruption, cleaning the streets, being nice to tourists, praying for a charismatic PM, winning Olympic medals and more. But just for a moment, I want to focus on tourism in the broader sense of the term because it’s the type of area that has a very strong link to national equity, especially for India.

Taj and Oberoi, two of my favorite Indian brands across all sectors are doing us very proud. The Leela isn’t far behind. We’re getting the hotel bit right for sure. A decade from now, all three are destined to be far ahead of where they currently are. At a global level. The airports are kicking ass (although Bombay’s international arrivals is beginning to remind me of eighties India). But the airline front needs rapid action. Dissolve Air India before we lose more taxpayer money. It’s a lost cause, sunk ship, black hole, etc, etc. And Jet and Kingfisher (and IndiGo when it starts flying internationally) really need to dial up the fact that they’re Indian. I don’t mean behave more Indian. I mean the world really needs to know they’re Indian.

If we get this right, throw in the proliferation of yoga and Ayurveda, and we’ve got most of what comprises a very powerful strategy in place to ride our way to the brand equity high table.