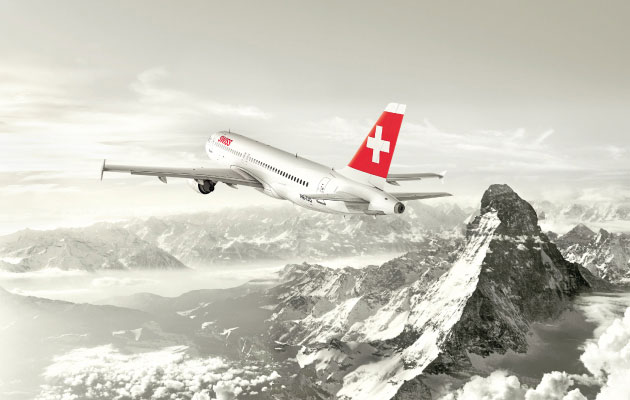 Tim Hill, Worldwide Development Director at Brand Union has written a good piece on rebranding in the airline and travel industry.

Air travel still remains one of the most exciting, awe inspiring and fascinating modes of transport for human beings. But the role of the airline is far greater than being a ‘mode of transport’, simply taking people across the oceans to far-flung places. Airlines, especially national carriers, are in fact symbols of their country of origin. They represent advancement, service, standards and culture. In a nutshell, they are physical manifestations of what a country wants to export to the rest of the world.

It goes back to Simon Anholt’s The Good Country Index, which measures what each country on earth contributes to the common good of humanity, and similarly what it takes away. It focuses on the premise that a country has to balance its duty to its citizens without forgetting its responsibility to the wider world. And much like any brand and corporate identity, airlines are the tangible embodiment of a country – its values and influence – with an ecosystem behind it, by which each part must work in perfect harmony to act as the perfect window into its country of origin.

We passengers see just the surface of airline branding, from the booking stage to the experiences we have when on board the aircraft, but it is often enough to shape our perceptions of the brand and the country it represents. However, there are so many variables out of the direct control of airlines, which become the point of public scrutiny and media attention, especially when something goes devastatingly wrong.

The most obvious and recent example is Malaysian Airlines, with the tragedies around flights MH17 and MH370. While the airline was already struggling with profits several years before the tragedies, the recent events, which were out of the control of the company itself, has led to Malaysian Airlines needing to take dramatic steps such as a brand overhaul including a name change, and alterations to the senior team if it is to turn the situation around.

While tragedy is one reason for an airline rebrand, it is by no means the only reason. Rebranding within the travel and tourism sector is actually quite common. Whether it be to renew perceptions of the brand or the country of origin or to overcome political issues, examples of rebrands outside of tragedy are plentiful. This month Ryanair announced that it would be introducing ‘Business Class’. Now we’re all familiar with Ryanair’s marketing strategy up until now – a budget airline that gets you from A to B with a ‘no frills’ service. Essentially you get what you pay for, which is absolutely fine for a strategy and brand image, as long as you’re honest about it. After all, ‘It Does What It Says On The Tin’ type of brand is what many customers are after. Easyjet is another airline brand that follows this strategy.

Now while the introduction of business class is not a rebrand as such, it is certainly a big indication that the brand is looking to change consumers’ perception of it as a ‘low budget’ airline into something more luxury. It’s clear that Ryanair is trying to appeal to a different audience altogether, and with that we are likely to see more examples of a brand overhaul from them in the future.

The Mexico Tourism Board is another great example of a travel brand that has experienced a rebrand. In 2010 its new branding challenged consumers on what they thought they knew about Mexico, because up until then it was only known for its beaches and the cartel.

As well as rebrands, there are launches in this sector, all of which have gone under the branding process. For example, Brand Union and Ray + Keshavan recently unveiled the branding for Vistara – an Indian airline launched by Tata Singapore Airlines Ltd (a joint venture between the Tata Sons and Singapore Airlines). R+K and Brand Union developed the strategy, name and brand experience for the full-service airline. The root of the brand’s name lies in the Sanskrit meaning for ‘infinite expanse’, and the aim was to create an Indian brand that would dominate global skies.

There are many reasons for rebranding, but regardless of the reasoning, building or re-building the ideal travel/tourism brand is not a mean feat, requiring global appeal and representing an entire nation. It cannot be a simple logo and or name change, because that alone is not a rebrand. In order to build a successful airline/travel brand companies need to begin by knowing the customer journey from the entire experience. This is from the moment the consumer considers booking, to the pre-flight, in-flight and post-flight experience, care and attention. Companies need to have an extremely strong understanding of the desired brand message, and how to convey it through the various touchpoints like staff, the website, app and other technology as well as the environment on board the aircraft. Travel brands looking to make a real difference should try and change the ‘conventions’ of airline travel, which could ultimately surprise and delight customers.

Arguably, when a tragedy is associated with a rebrand, especially one as massive as Malaysian Airlines, recreating brand perception may be tougher, perhaps to the point of impossible. But for those with fewer obstacles to overcome, a successful airline/travel rebrand can produce brilliant results on a global scale. A key piece of advice for travel brands would be to think ‘people’ not ‘passenger’, which will help to shift the mindset from transient relationships to relationships, which are loyal and span a lifetime.