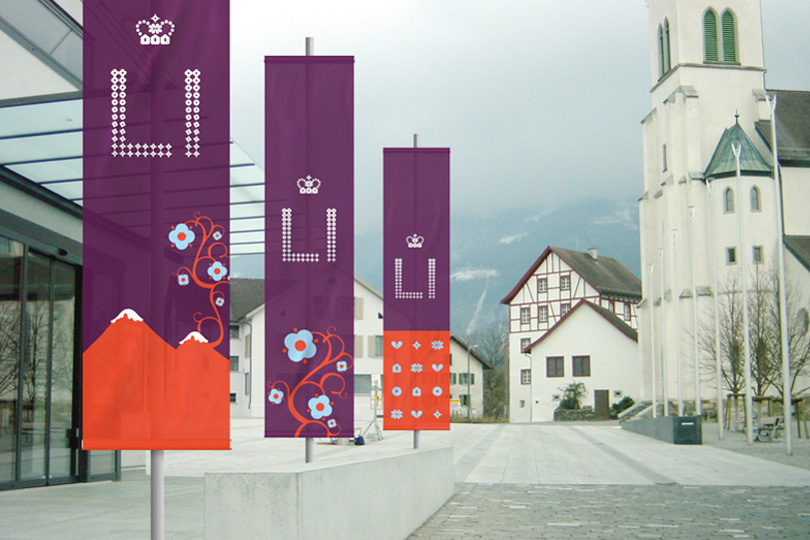 Liechtenstein is a tiny central European country between Switzerland and Austria, whose mainstay is banking. Back in 2000, the OECD put the country on a blacklist due to suspicions about money-laundering and these news impacted on the country’s good name. Liechtenstein’s increasingly known reputation as a tax haven was starting to limit its future prospects, so branding consultancy Wolff Olins was hired to refresh the country’s image a little bit by re-designing the country’s graphic identity in time for its National Day, 15 August 2004.

Wolff Olins created a brand concept for Liechtenstein, based on its small size, its prosperity and its attractiveness: ‘the real gem’. The agency emphasised three of the country’s great strengths: its focus, its entrepreneurship, and its human scale. And an imagery to express this thinking was developed – with a house, a star, a heart, a flower and a coin combining to form a princely crown.

Some conceptual insights behind the design can be read in the embedded PDF:

The new Liechtenstein graphic re-design had a strong, distinctive feel. The new chosen “national” color for the country was aubergine, which is a mixture of the Liechtenstein national colors: red and blue. Wolff Olins explained that the color was “unique, elegant, and stood for an innovative and modern Liechtenstein”.

Additionally, the new deftly executed logotypes, symbols and motifs that were created to represent the country were pretty distinctive and appeared to have been inspired in Liechtenstein’s folk tradition. Here are some samples: 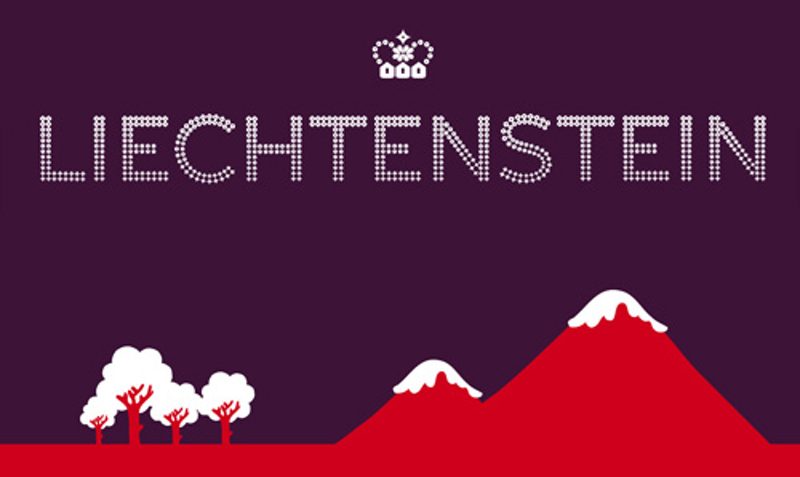 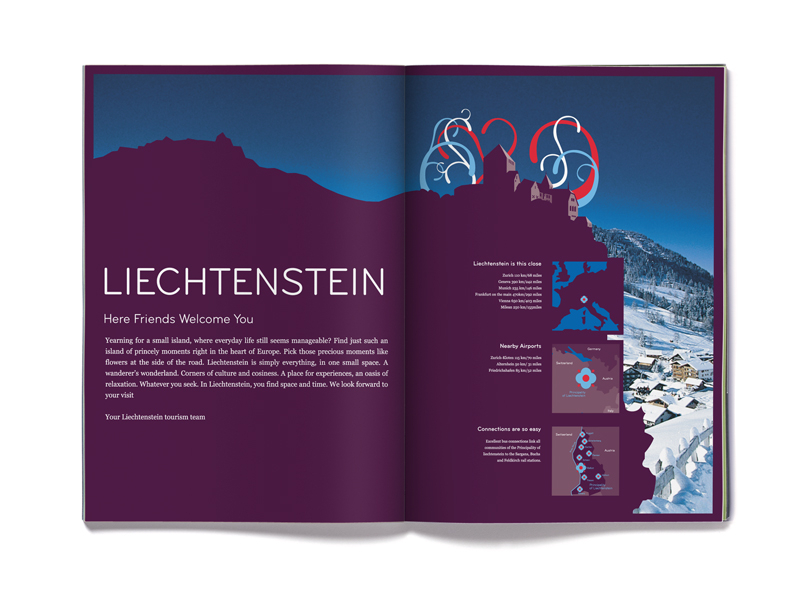 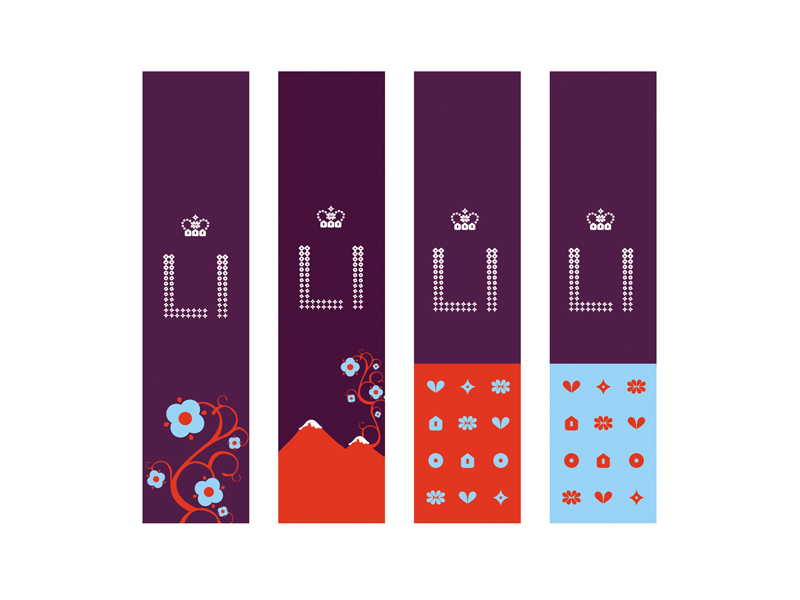 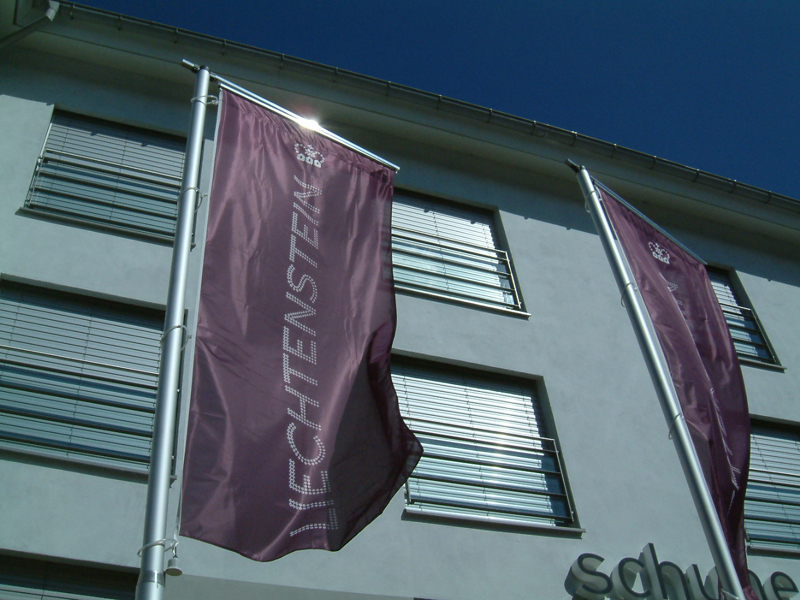 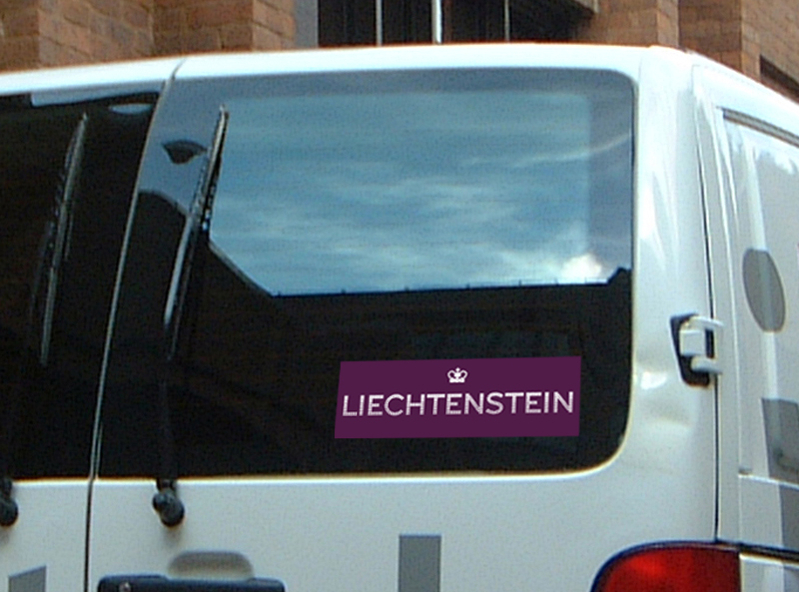 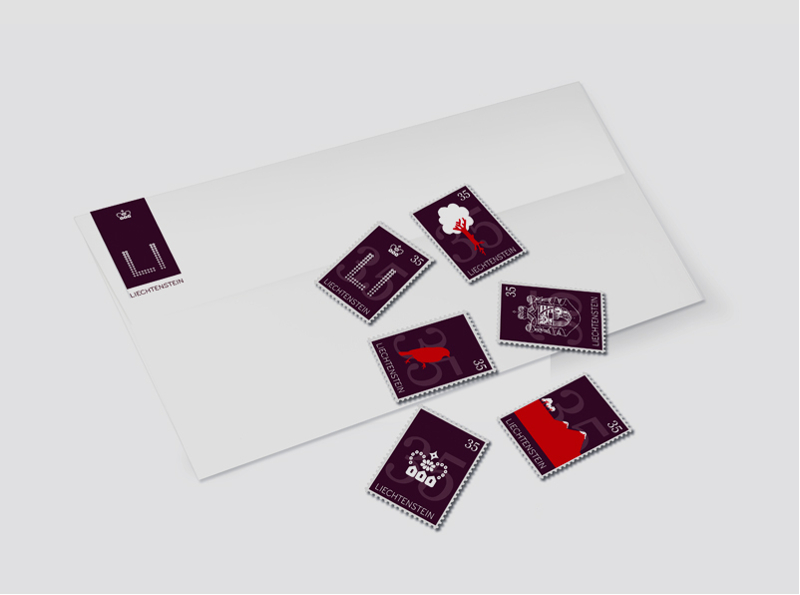 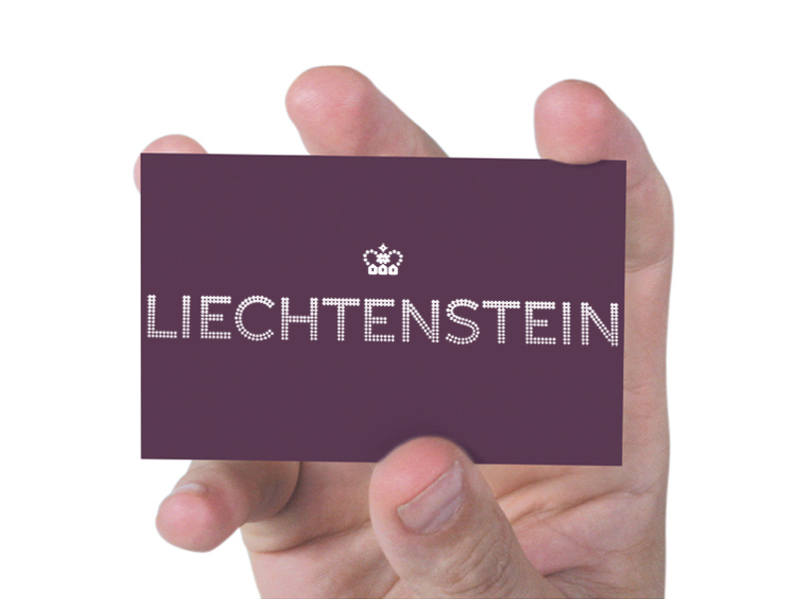 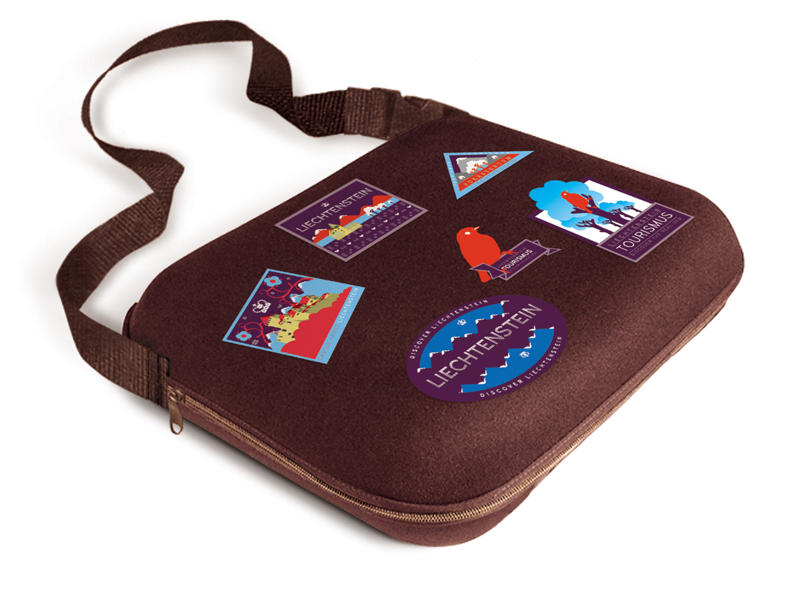 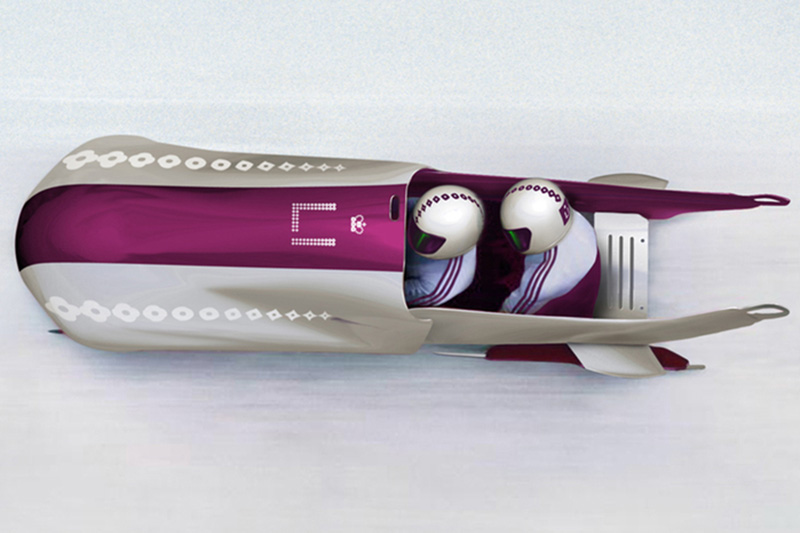 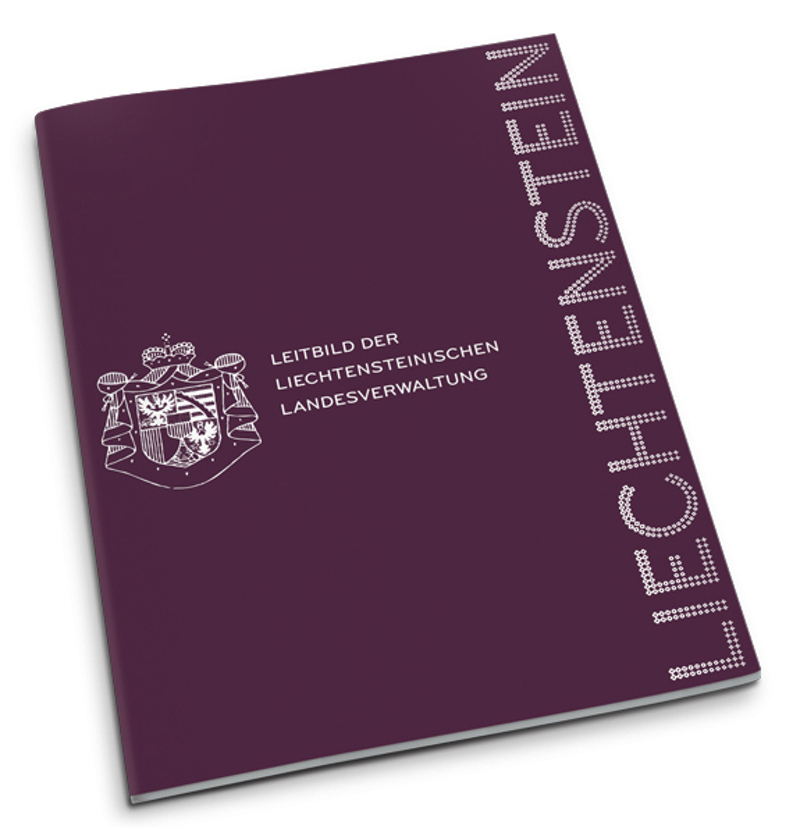 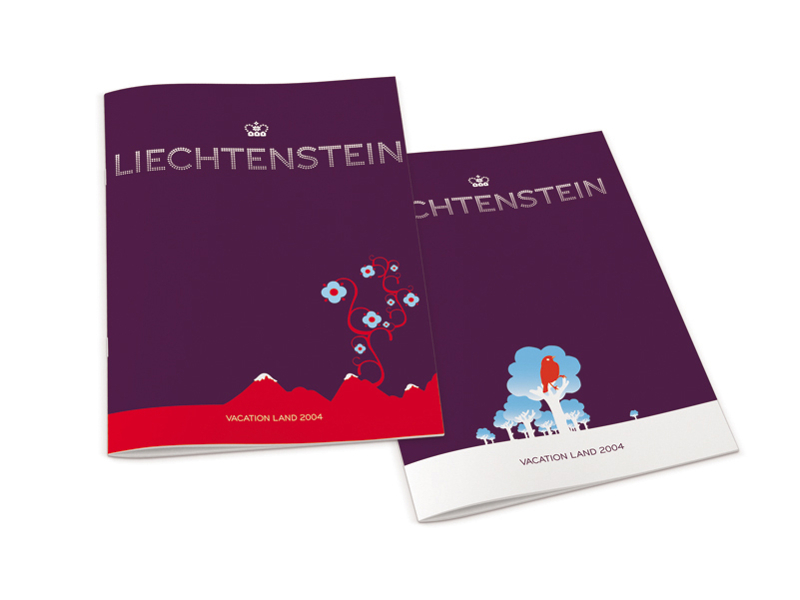 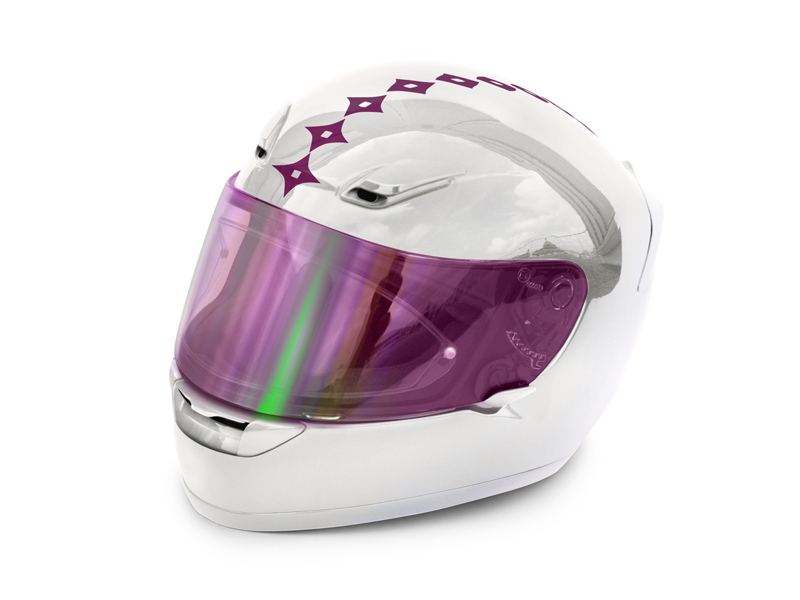 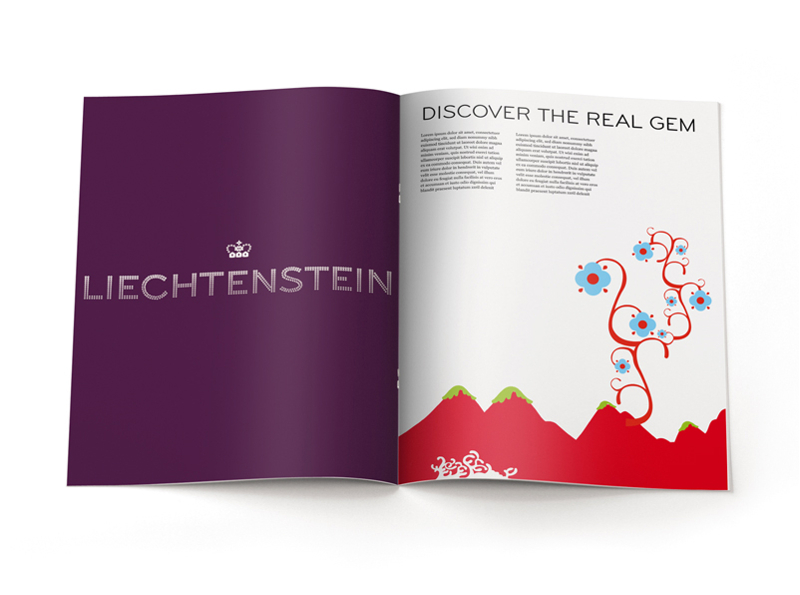 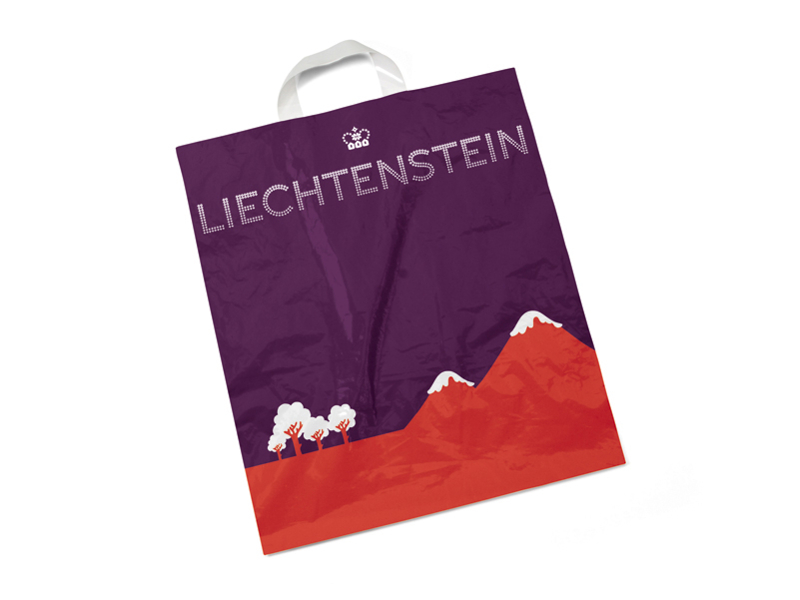