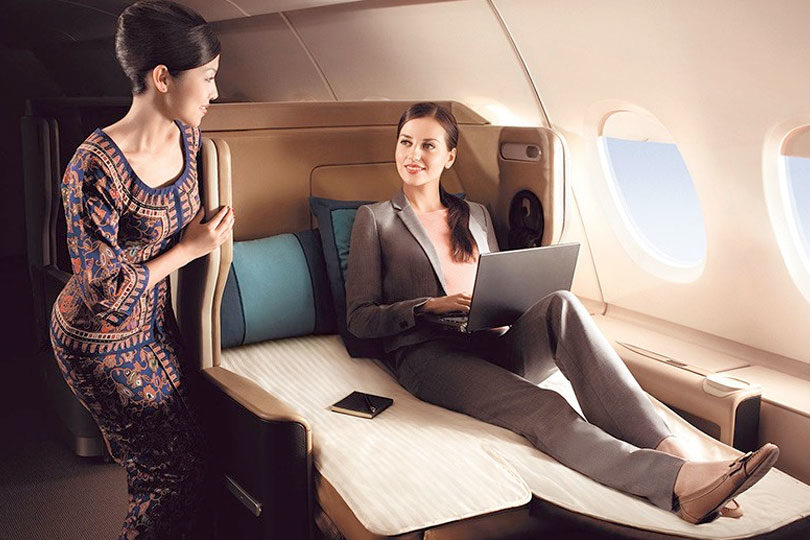 Julien Lapka of the branding agency Flamingo has written a good post on how China is not using national carriers to do some nation-branding. The article is originall titled “Airline Nation Branding: A Missed Chinese Opportunity?”

Airlines have the potential of being the most persuasive cultural ambassadors for any country. The first and last memory of any trip will most likely take place aboard the flight one takes to their destination. So why is it that China, as it seeks to reshape its perception abroad, doesn’t use its state owned national carriers to anchor its rebranding exercise in.

This feels like a missed opportunity for Air China, China Eastern, Shanghai Airlines and China Southern just to name a few of the bigger carriers.

I’m writing this aboard my China Eastern flight from Shanghai to New York’s JFK. My mind began to wander after these following events: Being offered Lipton tea. Watching Montreal’s best known export: the Just For Laughs gag show. Asked if I would like French cheeses with port.

With 5 distinct cuisines, China isn’t short on culinary delights. Then of course there are the teas, dim sum (which given it simply needs to be steamed ought to be easily prepared 35 000 feet up) through to beautiful silks and qipaos.

Between Hong Kongese, Taiwanese and Mainland movie directors, one would think there are many great vintage kung-fu movies to choose from through to more innovative contemporary movies letting the world discover Chinese cinema. At the very least, have the BBC’s wonderful China series available on long-haul flights.

So why are we stuck with mediocre Hollywood movies, Nescafe and polyester Western suits? Shouldn’t those ministries in charge of tourism, trade and economic development pool their resources in order to offer the best of China on airlines?

Not only is there an economic upside by using each flight as an ‘experiential ad’, but surely home grown products should be less expensive to source than say the French wines on offer. Better yet, turn it into a competition getting Chinese entrepreneurs and brand owners to pitch for their wares to be sold and showcased.

If I was running an airline, here’s a shortlist of brands I would bring on-baord: Food and beverages would be served on Jingdezhen pottery. Possibly supplied by Spin. Helan wines from Shaanxi would accompany meals – they are producing great Chardonnays. An amenity bag curated by Shanghai Vive.

But some national carriers are getting right. Here are a few that Chinese airlines could take inspiration from. Singapore Airlines have celebrated the Singapore Girl for the past 40 years and dressed her in kebayas and sarongs which were most recently designed by Parisian designer Pierre Balmain.

Garuda, Indonesia’s flag carrier, which has turned itself around both financially and in its standing within Skytrax’s yearly ratings, has begun recreating a Balinese-like atmosphere with traditional instrumental music arranged by well known conductor Addie MS as flight attendants hand out hot towels scented with aromatic herbs and flowers found in some of Bali’s best spas. Furthermore, attendants wear a kebaya-inspired uniform using batik designed by Josephine Komara. It goes without saying that Rendand, Pandang satay and Nasi Rames are all found on board.

Adding local flavour on board is a great way to reinforce national values and get people to pay for an immersive nation branding ad. We would argue that such as exercise would do a better job in Chinese nation branding than the TV campaign created by MOFTEC which we wrote about on our blog. Government shouldn’t shy away from championing their local brands (just think of American back and Marshall Plan funded Hilton and Intercontinental hotels which emerged post World War 2).