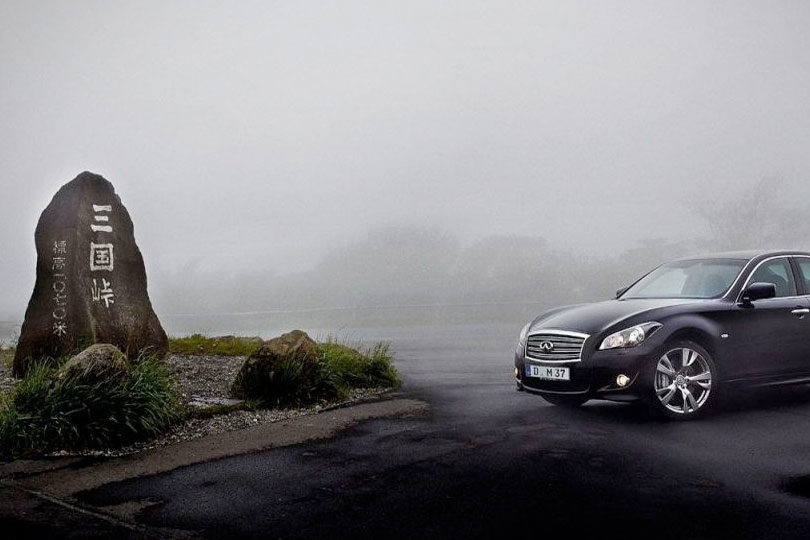 We’ve argued before that commercial brands coming from emerging countries such as Brazil, China and India should use their nationality as a marketing asset more, and that they can do it across many industries. But they are not alone. Even brands coming from a country with a strong nation brand such as Japan could use nationality more. One example is the Japanese automakers of luxury cars, which haven’t fully used Japan’s nation-brand potential to compete against their German rivals.

When the Japanese carmakers Honda, Toyota and Nissan decided to target the premium vehicle segments in the United States back in the 1980s, they knew they could not do it with their mainstream brand image. A Japanese car at the time was all about being small and cheap.

The idea of a Japanese luxury car brand was unthinkable back then, as this specific market niche was the private playground of German, Italian and British carmakers. The Nippons’ marketing strategy was thereafter to disguise their cars’ Japanese roots with new, custom-made, Western-looking brands, marques and nameplates.

In 1986, Honda launched Acura – the first Japanese premium car marque to be introduced in the US. The Acura name sounded on purpose very Western, if not Italian specifically – it could very well have been the name of a centenary carmaker from Torino.

Acura’s initial offering consisted of two models: the executive class Legend, a V6-powered sedan, and the compact class Integra. As you’ll notice, both the Legend and Integra name choices conveyed the intentionally Western character of the brand.

The success of the Acura models in the US led to Nissan and Toyota to develop their own luxury car brand ventures – Infiniti and Lexus respectively. Apparently, the latter’s name was chosen by Toyota’s executives after other 219 prospective names such as Vectre, Verone, Chaparel, Calibre and Alexis were dropped – all of them also very Western by the way.

In early 1992, yet another Japanese carmaker, Mazda planned to release a luxury marque, Amati, to challenge the offerings of Acura, Infiniti and Lexus in North America. The brand name choice also had obvious Italian pretensions – the Amati being no less than a family of Italian luthiers and violin makers who flourished at Cremona from about 1549 to 1740.

The Amati marque was eventually scrapped before any cars hit the market, but Honda’s Acura, Nissan’s Infiniti and Toyota’s Lexus persisted. Since then, they have been a breakthrough in the US luxury automotive market.

In fact, on the top-end cars niche, they’ve outsold their Mercedes-Benz, BMW and Audi competitors from Germany in many occasions. Last year, 7 of the 15 best-selling luxury vehicles sold in the United States were Japanese, whereas 6 were German and the remaining two were Cadillacs.

The Acuras, Inifinitis and Lexuses may be parvenus in the eyes of their German counterparts, but they have grabbed important accolades in the last 20 years beyond sales. For instance, they have consistently been outranking BMW and Mercedes in both sales and in quality and reliability surveys in recent years.

In the 2010 edition of the JD Power Initial Quality Study (something like the industry’s holy grail), Acura ranked second only after Porsche, one place ahead of Mercedes and 15 places ahead of BMW. Lexus was 4th and Infiniti was 9th, whereas the other German premium brands lagged behind outside the top-ten, with Audi and BMW only being 12th and 16th respectively.

Additionally, at the 2011 edition of Consumer Reports car brand reliability survey, which measures short-term, mid-term, and longer term car reliability, Acura and Infiniti are counted among the world’s top-5 makers, while Lexus is 9th. Except for Porsche, all German car brands are ousted of this very select group of the top-10 list.

Since studies show that German luxury cars have been matched by their Japanese counterparts in design, engineering and technology, the combat has now moved to the marketing battlefield. German brands need to defend their territory from their Nippon competitors, and they tend to do it by promoting two marketing assets – pedigree and Germanness.

Pedigree is one of the reasons why German carmakers have developed museums, flagship complexes and gigantic showrooms in recent years. What the BMW’s Welt in Munich, the Volkswagen’s Autostadt in Wolfsburg, the Mercedes-Benz and Porsche museums in Stuttgart and the Audi’s museum in Ingolstadt aim to prove is that these companies have been around a long time.

They are emphazising their heritage because rival Japanese brands Acura, Infiniti and Lexus don’t have any – they were invented from scratch in the 1980s to suit a particular need.

While pedigree is shown through museums and history, Germanness is showcased through advertising. Thus some German carmakers have recently remarked their Teutonic origin in their slogans to add perceived value. Volkswagen says ‘Das Auto’ (no translation needed here), while Opel says ‘Wir leben Autos’, meaning ‘We live cars’ – a slogan so easily translatable that it is clear that it has been kept globally in German language deliberately.

On its part, Audi’s international slogan is ‘Vorsprung durch Technik’ (‘Progress through Technology’). The marketing people at Audi argue that literally translated, it means “advancement through technology” but that the English language cannot fully capture the meaning of the German term “Vorsprung” – which roughly means to leap ahead.

Whatever the reasons, it’s obvious that, as in the Opel case, having a German tagline is for Volkswagen and Audi a statement per se – it levereages these brands’ famed German engineering tradition, which in the automotive industry is a valuable marketing asset.

However, the German brands’ defense strategy based upon pedigree and deutschheit can be in turn counterstriked by the Japanese competitors.

Yes, Acura, Infiniti and Lexus have no real pedigree – they were invented brands and except for their mother brands they come out of nowhere. But, does it really matter so much at the end of the day?

Though we tend to believe that history and heritage have real value on the market when used smartly, the reality is that an invented, newcomer brand like Lexus has managed to become the top-selling luxury car company in the US.

So the idea that a long history in the automotive industry is quintessential for a brand to be genuinely premium as the German automakers seem to remark with their emphasis on their long history and their magnificient museums might have already been proved untrue by the market itself.

What the consumers seem to say is that while brand heritage is an important intangible in this section of the premium car niche, it’s not enough to defend market share against increasingly intense competition posed by younger Japanese auto brands.

A very different thing is nationality. Being German is definetely an asset for a high-tier car brand, but being Japanese could be at least as much good for a premium vehicle. Because a consciously Japanese luxury car does make sense. In fact, probably even more than a German one, as Japanese culture has a greater tradition of luxury than that of the austere German volk.

Japan a fountain of inspiration

Japanese culture has indeed a wealth of elements and concepts that could be exploited by Nippon luxury car brands. Many of them could be leveraged in order to make bolder, more convincing statements about their cars before their German rivals.

The country’s national obsession with attention to detail, for instance, creates a fertile soil to substantiate a Japanese luxury car brand. It has happened before in furniture, home utensils, fashion and consumer electronics – and it can happen in cars too.

Additionally, the country also has a a revered history of handcraft work that would suit very well a luxury car brand. Japanese craftsmen traditionally handed down their skills from generation to generation, and the Japanese brands could consider themselves as legitimate heirs of this millenary tradition – adding perceived value to their vehicles.

In addition, the world-famous Japanese hospitality, epitomized in the geisha culture, could be used as a metaphor of a luxury car’s comfort virtues. Entering a Nippon-made car could be like entering a driving temple where everything bows to its owner.

Indeed, not only the interior but all aspects of the design and technology features of Japanese luxury cars could be marketed as being inspired in the rich Japanese culture and heritage – from calligraphy to architecture, from cuisine to music, from religion to fine arts.