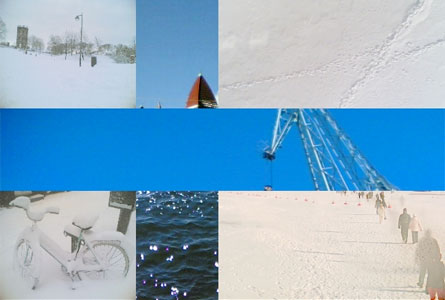 Some 80 guests and friends of Finland gathered on a sunny October 14th afternoon at Dutch Zoetermeer to hear a panel discussion about the theme “Finland Country Branding”. The purpose of the event was to raise awareness about the ongoing country branding project in Finland and create discussion around the theme among the Finnish-minded business people in The Netherlands.

After welcoming drinks, Mrs. Eija Ailasmaa, gave a short presentation. As she is also a member of the Finland Country Brand Committee, nominated in 2008, she was able to share the public the latest work of the committee.

Mrs. Ailasmaa started by stating that Finland is not known well enough and it deserves better. The country has good ingredients for a strong brand; advanced technology, environmentalism and unspoiled nature. However, it has rather uninteresting history and thin culture and the emotional image of Finland is not very strong. Thus, improvement of the image is needed.

The audience learned that the country branding is very competitive arena. Some countries invest fortunes in polishing their country brand, and have brutally planned commercial strategies and long-term plans to support the country’s image. In Finland, this kind of country brand machinery has not existed. Even now the plan is to implement the strategy in a very “Finnish way”; the remedy comes from the natural assets that Finnish people already are known for: quick and decisive problem
solving skills, reliability, collectiveness, and “saying less and doing more” (here is an article on how the Finnish character is influencing Finland’s nation branding project).

The Finnish branding committee wants to mobilise the whole country to work together. Many layers of population are and will be involved. Education, industries, companies and well known Finns will work together improving the product “Finland”. This approach got supported later by Mr. Korhonen, who commented that country branding cannot, and should not, be lead by government. The government takes the initiative, but in the end the public should be the carrying force of the branding work. The Dutch panellists commented that in The Netherlands this approach would not work: one cannot get the Dutch public mobilised for something like country branding.

Mrs. Boyen presented the audience the latest figures on how Finland ranks within the Country Brand Index. The news was good: Finland had improved its position from the 28th to the 16th position, being the only Scandinavian country in the top 20. The reason, according to Mrs. Boyen, is the current economic situation; during turbulent times “boring is now the new sexy”. The time for Finland, known from its trustworthiness, financial stability and credibility, is now at hand.

In comparison, Mr. Stockman, presented a glimpse of Netherlands country branding strategy. The Dutch brand is concentrating purely on the economical level. It stresses the efficiency of the Netherlands; a country that manages to be taken seriously economically despite its small size,  and because of the international air of the economy, the international operations,  global networks and the business partnership abilities. Netherlands markets itself as “pioneers in international business”.

A comparison between the countries lead to the discussion about country brand being something that needs to lie “close to the country’s DNA”, to be pure, honest and typical for the country. While planning the country branding strategy, careful consideration of the right target audience and following the prevailing cultural & economical trends is important. Additionally, a country needs to communicate something to differentiate, to distinguish itself from the others.

It was agreed that a “wow! –effect” can help with differentiation. Creating a symbol of its own like “Eiffel Tower”, “Little Mermaid statue” or “Big Ben”, might also help Finland. Besides a “wow! – effect”, a country needs to invest in continuous feeding of “brand material”. For example, social media (like Twitter, Facebook, YouTube and blogging) can be an efficient and cost effective tool for spreading the country image in the modern world: a small effort can create a big effect.

The audience was encouraged to pose questions, and one of the topics that was taken up, was the role of country brand vs. a company brand. What are the differences in branding strategy formation, do companies profit from a strong country brand, and how nationalistic companies actually are in today’s international business? Mr. Van Kuppeveld commented that for example Nokia today is a multinational company more than a Finnish company. It has its origin and headquarters in Finland but operations are scattered around the globe. Still, it can profit from as well as support the brand of Finland. The same way any Swiss clockmaker or German car producer can profit from the reputation of strong country brand connected to strong company/industry brand. For Nokia, environmentalism (corporate social responsibility) and technological innovativeness prioritise high and thus the country and company can support each others brand image on these fields.

After Mr. Heijne had given his closing remarks and Mr. Korhonen finished the discussion by stating “this is important business – it needs to be done”, the guests and panellist gathered together with well-deserved cocktails to continue the discussion and networking. The discussion and work around the Finland nation branding project continues. We will hear more about Finland in the future!