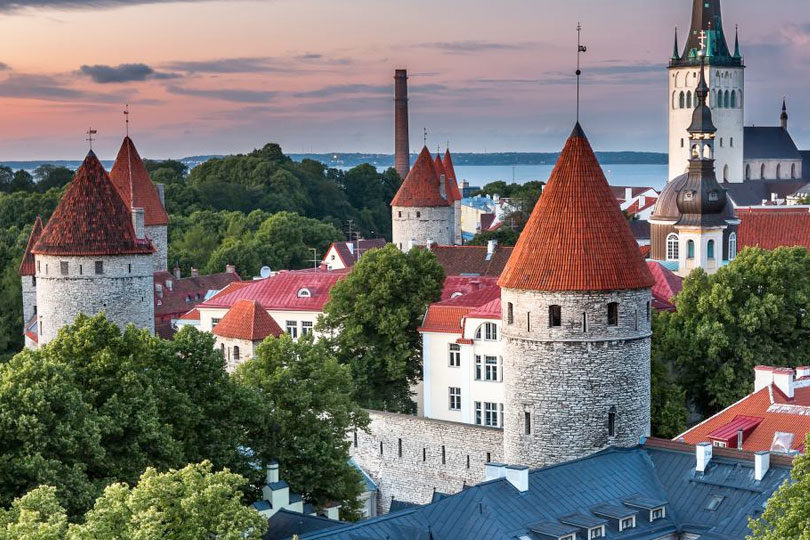 At Nation-Branding.info city or region branding projects are strictly not featured. However,  in this case an exception will be made with a supra-national brand, the brand of the Baltic Sea Region which is being constructed for some years now – an initiative which is still somewhat away from completion*.

The Baltic Development Forum is behind the supra-national brand effort, and in their website they have a very interesting report on the 2006 Helsinki meeting about the Baltic Sea Region brand:

Baltic Development Forum has initiated a regional branding process with the goal of establishing a world leading brand encompassing the 11 countries of the Baltic Sea Region.

Simon Anholt, Government Advisor on Nation Branding and Public Diplomacy, said that the Baltic Sea Region has no intention of using a promotional, advertising, or marketing campaign. There are already numerous bodies and organizations with money and skills promoting the Region as a tourist destination. The idea is to align and co-ordinate these national efforts and expanding and developing a strong common and competitive regional brand. Mr. Anholt agreed with Dorte Kiilerich, CEO of VisitDenmark, that the tourism sector is essential for the branding initiative and emphasized that a branding strategy is not a replacement for a tourism strategy.

According to Mr. Anholt, by joining forces we can leverage commercial spending of many millions of Euro, if we can tell one good, coherent story for the Region, a common message and belief. Mr. Anholt suggested forming a committee consisting of representatives from the Region’s member countries with the purpose of identifying the best stories of the Region. Børge Diderichsen, Vice President of Novo Nordisk, agreed that the Baltic Sea Region needs to establish itself as a region with a particular positive reputation and image. In his view, a combination of the Nordic values, the Baltic drive, and the talent mass in the Eastern part of the Region would create a powerful concept.

Branding has been the buzzword of recent years, without a doubt, but the term has primarily been used with regard to companies or products. However, more and more frequently we have started to talk about branding cities and countries. The Baltic Development Forum has initiated regional branding with ambitious efforts to establish a branding strategy for the 11 countries of the BSR under one umbrella. The process has not been easy or clear, but awareness has been raised on branding as a tool and many stakeholders have become active supporters of the process development.

Government Advisor on Nation Branding and Public Diplomacy, Simon Anholt, suggested that we start talking in real practical terms about how we can use branding to help make BSR an economic, social and cultural reality. According to Anholt, branding is a problematic word. It is not the brand that matters but the competitiveness of cities and nations and regions. However, brand is a very good metaphor for reputation, which is extremely important for nations and regions, he explained. Anholt stated that human beings do things for two reasons: the good reason and the real reason. The good reason is the practical and logical reason, the real reason is something we cannot even express most of the time. Succinctly, the head and the heart is a mix of decision-makers in human beings. The good reasons for buying things is what our head tells us, but it is actually the heart that determines our decisions nine out of ten times, even when it is about major decisions and investments. Decisions are made partly or mainly with the heart, because the heart is a very good calculator, while the head is a very primitive calculator, Anholt explained. The surge of feeling you get when you try to find out which decision to make is a mass of data, all of your lifetime experience, or otherwise called instinct, which tells us what to do, he continued.

“Branding is the study of the heart. It is the attempt to understand the emotional and not the rational side of the decisions”, Anholt explained. Nation Brand is about brand image – it is the image the public has in its mind of a city, a nation, a region or a product etc., and it is this image that drives the public behavior. Not the fact that they know and not the information they receive, Anholt clarified. If you somehow understand that image or how this image works, you are half way to figuring out how to achieve prosperity and competitive advantages. In fact, it is the context in which your message is received and not the message that is important.

When we talk about the BSR, we mean the context in which everybody’s message is received. One must understand that brand image is infinitely complex and not just good or bad. You can control brand image to some extent, but brand image also comes naturally. Could we have a Region of Origin affect in the BSR? – Anholt asked; so when people know that something comes from the BSR, it adds value to it, it adds interest and trust? Anholt pointed out that it is not enough to wait for the BSR reputation to come naturally, because reputation takes a long time to build. He explained that in the case of the BSR we are not talking about branding in terms of a promotional campaign, advertising, marketing or propaganda. In fact, there is already a lot of bodies and organizations with money, skills, the necessity and the habit of doing promotions in the Region. No more promotion is needed. The tourist boards are promoting, the investment agencies are promoting. By joining forces, we can leverage commercial spending of many millions of Euros, he argued. If we can tell one good, coherent story of what kind of region the BSR is, we can leverage commercial spending of many billions. Anholt believes that the system that will allow the BSR to require a good and positive reputation, or buzz, is by having a single strong story to tell; a common message, a common belief, a common story. When we talk about creating a brand strategy for the BSR, we are trying to find the true, compelling, distinctive, fascinating story about the Region that could align all of the existing communications of the thousands and thousands of stakeholders so that they are all pulling in the same direction. “By aligning our efforts we can build the reputation of the BSR much faster”, Anholt said.

The stories of the BSR

The three stories presented by Simon Anholt are meant to represent what the world will say about the BSR.

Story 1. E+W=B2! The Baltic Sea Region is the optimal cultural mix, merging the vigour, hunger, talent, creativity and resources of emerging Baltic States, Poland and Russia with the cultural, technical, economic, social, political maturity, stability, experience and confidence of Scandinavia and North Germany. It’s the ideal combination of developing and developed; the best of both worlds; a wise head on a young body.
Story 2. Born in the age of globalisation.

The Baltic Sea Region is the only economically significant place on earth that was born for, and into, a global world. Unlike most other regions, it’s not struggling to cope in a different world order than the one it grew up in, but it is itself a product of globalisation, and so has global competitiveness in its veins.
Story 3. Smartest region in the world.

The Baltic Sea Region is the paragon of the talent economy; its chief resource is its brainpower. So there can be absolute confidence about the long-term sustainability of growth in the region, the skill of its workforce, the breadth of its focus, the stability of its policy framework: this region is smart enough.

The panel discussed vividly whether these stories are true and distinctive, and which one is the most believable. Ambassador and Director of the Latvian Institute, Ojars Kalnins, felt that the first story is the most interesting one, as it identifies the players and the dynamic environment of the BSR. Director of Market Communication of Invest in Sweden, Annika Rembe, felt that having one united story is extremely useful in the promotion agencies’ work when attracting investors to the Region. CEO of Visit Denmark, Dorte Kiilerich, emphasised the importance of tourism in the branding of the Region and suggested to find which of the three stories has most bearing in reality. Executive Vice-President of Nordea, Thomas Neckmar, pointed out that the BSR needs something to unite around. In his view it was story one. Vice President at Novo Nordisk, Børge Diderichsen, stated that the BSR needs to establish itself as a region with reputation, image and remarkable feature in the minds of people inside and outside the Region. He voted for the third story, but he also emphasised that being “smart” is not entirely enough and we should not be self-satisfied. However, the third story contains two key elements: sustainability and talent. Diderichsen believes that the basic concept of the BSR is to combine the Nordic values with the Baltic drive and the talent mass in the Eastern part of the region. Excellent economic performance can and should be combined with responsibility, when it comes to social affairs and environmental matters, he said. “This way of thinking is how we can bring this Region forward.”

Henrik Lax, MEP Finland, felt that story number one is easy to feel ownership about. Getting the head and the heart together is important and people should feel ownership about the BSR identity. To build an identity you need a story, but it only works if the people in the region are able to perceive it, he said. There are still large mental gaps within the region which need to be reduced.

A very important fact was pointed out by Ojars Kalnins, namely that all countries are establishing their own national identities and the BSR identity should add value to the national identity. As a reaction, Simon Anholt stressed that multiple approaches are completely fine in the branding process, but the overall regional strategy must be kept in mind when building your own national brand identity.

Baiba Rubes from Statoil in the audience suggested that the story of being the smartest region in the world is appealing and inspirational to tell.

Simon Anholt suggested forming a committee, which would locate the best stories and examples in the Region, support them, link them and help the countries to find their own voices. This is not an expensive solution, he said. It must include all countries of the Region. The way you want to tell the stories is by showing proof of success, for example letting people know the achievements of the companies in the BSR. Anholt emphasised that a branding strategy is not a replacement for a tourism strategy. It has to be in harmony with the individual countries’ tourism strategies.

Christian Ketels from the audience suggested that the story of the BSR build on the notion that we combine skills, sustainability and dynamism, which is something others envy about our Region.

Speed and decisiveness are two crucial factors in global competitiveness, which means we need to take action now to turn the branding process into reality, Børge Diderichsen urged.

The majority of panelists voted for story number one. The next step is to find proof for such a story and, as Samuel Rachlin righteously pointed out, companies such as Skype are already branding our Region in a very sufficient way.

Besides this article, some video interviews have been posted. Among them the most relevant to nation branding enthusiasts are this one (with Simon Anholt), this one (with Ojars Kalnins) and this another one (with Borge Didricksen).

*By the way, the Branding the Baltic Sea Region website has been put offline – see for yourself.