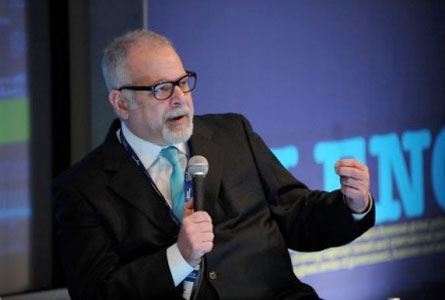 If ever there was a daunting nation branding challenge, that would be Israel. We have spoken about Israel’s nation brand before: the country is notorious for being at the very end of the tail in most national perception rankings. At the 2009 EastWest’s global nation brands perception index, Israel was 192 out of 200, behind rogue states such as North Korea, Cuba or Yemen, and just before Sudan and Iran. Martin Kace, founder and president at business consultancy firm Empax (pictured above), was invited to speak about Brand Israel at the annual Herzliya Conference on National Security, celebrated in February 2010. More specifically, he was asked to address Israel’s grave strategic communications problems in the diplomatic and public diplomacy areas. Taken together, he says he was asked to address the subject of Brand Israel, and he has written an interesting and brave blog post on the advice he gave to the Israel authorities at the conference. Here it is:

“Israel is indisputably a no-frills kind of place. Beset by The Conflict and hostile neighbors, when it comes to national life everything takes a back seat to security. It’s global reputation reflects this all too clearly and Israel’s failure to determine a true and honest communications platform for itself has led to its perception as a pariah in most of the world as well as to a drive in certain circles to delegitimize its very existence. In a recent survey by the East West Communications, Israel was ranked 185 out of 200 nations in terms of positive perception, sandwiched between Iran and Pakistan.

It’s true that the country has astoundingly high amounts of technological innovation; Israel is number one in the world in agricultural productivity, files more biomedical patents every year than any other country, is consistently top 10 in life expectancy, has a very active cultural and academic life, lots of Nobel laureates, great beaches, beautiful and scantily-clad people, a very active gay community and on and on.

This is what the Israeli Foreign Ministry proposes as a platform for Brand Israel. It will fail miserably.

It will fail because it asks people to completely re-contextualize Israel as they know it.

Empax’s approach to branding dictates that all brands must emanate from the same place – The Truth. A huge part of Israel’s Truth is that it has been locked in conflict with its neighbors since declaring independence in 1948. Security and safety for its citizens is at the top of the nation’s list of priorities. Its military has developed from a creative, ragtag group in the 1940s to a (quiet) world power in the present day.

How then, is it possible to brand the country in a way that speaks only of progress, fun and modernity, asking of the world to ignore the military and the conflict?

This is the message I delivered at the conference in Israel. I suddenly lost any potential friends at the Israeli Foreign Ministry, but seemed to have piqued the interest of pretty much everybody else, both on the political left and right.

I proposed the inculcation of the conflict and the military into the Israeli brand, maintaining that Israel could not deliver a credible brand message without acknowledging them. After all, Israel’s technological prowess originates in the army. The same is true of biotech. Most of the country’s progressive ideas and innovations originate in adversity, so the brand message, in my view, must acknowledge it squarely. Only such an integration can lead to a robust and original brand for the nation.

Grit. Strength. Focus. Life in adversity. The world knows that these are part of the Israeli national DNA. To bring forth a brand that avoids these is just spin in the eyes of the global public; and the line between spin and outright lie grows thinner by the hour.”