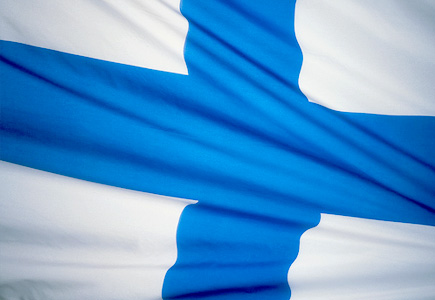 For the most part, Finns seem fairly content with their home country. In fact, they are one of the happiest nations in the world, reports the OECD in a 2009 study. Outsiders, however, tend to see things differently. In an international survey on how nations perceive one another, Finland ranked 18th out of 50, according to the Anholt-GfK Roper Nations Brands Index. Perhaps the performance would not seem too dismal, if Finland hadn’t been outdone by fellow Nordic countries Denmark, Norway and Sweden.

Not one to sit still and be bested by its neighbours, Finland’s movers and shakers decided it’s time to fine-tune their country’s competitive edge. Last autumn, Foreign Minister Alexander Stubb set up a delegation, led by Royal Dutch Shell and Nokia Chair Jorma Ollila, to improve Finland’s reputation. The group comprises four committees focused on strategy, culture, communications and business.

So why do these business and political leaders want to improve Finland’s global appeal? Jaakko Lehtonen, a delegation secretary and the director general of the Finnish Tourist Board, says national reputations direct the flow of investments around the world. “It improves our competitiveness if we have a good brand,” he says.

The delegation, which incidentally works for free, has three main tasks: to determine Finland’s identity, examine its strengths and weaknesses, and make its strong points even more robust. In many ways, however, Finland already is an appealing package. The country has a top-notch educational system, low corruption, and of course, there is Nokia. But for all its attributes, Finland has yet to learn how to sell itself.

Stepping to the front of the class

Part of the problem seems to be deeply rooted in the small country’s modest culture. For many self-deprecating Finns, boasting is so contrary to their being, it can almost bring about the gag reflex.

Lehtonen says Finland suffers from a dearth of confidence when communicating its strengths to the rest of the world. “We don’t have the guts to go out there and bravely boast how good we are. We stand in the corner with our hands in our pockets and hope that somebody will pay attention to us, which is a pity,” he says.

Indeed the delegation, made up of Finns, encountered this very problem when it decided to keep mum about project goals early on. “It is a very Finnish thing. They didn’t want to come out and say anything until they had something important to say. They had just started their work. So far, there has not much been too much to tell,” says Antti Isokangas, a media expert hired to coordinate the delegation’s communications.

The public, however, criticised the project leaders for a lack of transparency. In an effort to shed light on the project, the communications committee decided to launch the Finnish language website mitasuomion.fi, or “what Finland is,” to start a discourse on Finland’s reputation building. The venue, run by Isokangas, allows anyone interested in Finland’s brand to offer their two cents on the project. It also gives Finns an outlet to discuss a favourite cliché: Finns are overly concerned by what the rest of the world thinks of them.

The delegation has also vowed to make Finland’s strengths even stronger. For instance, Finland has a topnotch educational system. But Finnish students are not required to participate in classes like speech and debate. Encouraging students to hone their oratory skills could prevent public speaking shortcomings in the classroom from entering the boardroom.

Simon Anholt, a Brit who launched the nation brand survey and was hired as Ollila’s policy advisor, thinks modest Finland should get out of the shadow and grab some of Scandinavia’s spotlight. “Part of Finland’s task is to establish more of its own true identity internationally without sacrificing any of the benefit of this regional perception,” he told YLE News via email.

Modesty just one of Finland’s virtues

But changing deep-seated cultural norms could be challenging. Even if the plan works, it could take generations for Finns to become natural marketers. The delegation itself says 20 years could go by before the results of the project are known. “It is not impossible but it is a hard and demanding task. And maybe Finns don’t want to change,” says Jukka Hienonen, a member of the delegation and outgoing CEO of national carrier Finnair.

Asking Finns to transform a central part of their identity could be calling for too much. Despite their humility, Finns are a rather proud lot. In school, children learn how their grandparents or great-grandparents fought in the Winter War. The country was not occupied like the nearby Baltic states following the Second World War, and it pulled itself out of poverty to become one of the world’s most prosperous nations.

However developing Finns’ self promotion skills is not the only focus of the delegation. For example, the group is also reviewing Finland’s dependence on Nokia. Although the mobile phone giant’s role in the national economy is a significant one, leaders agree that Finland needs more than one leg to stand on in the business world. In fact, Anholt says Finland needs many more companies like Nokia, and not just in the private sector, if it is to be one of the world’s most admired countries.

Meanwhile, the pragmatic project leaders plan to lure select groups and countries to invest in Finland. “We don’t need the positive thinking of everyone on this globe. We have to think whose opinions are most relevant to us,” says Lehtonen.

If reputation building really does make a nation more competitive, Finland could find value in how other countries perceive it — especially if it holds onto some of its humility and keeps its goals modest.