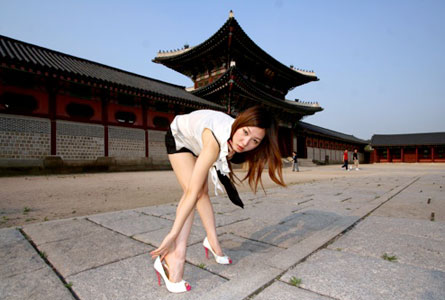 Perhaps no nation has garnered more advances in economy, exports, international standing and culture in the last decade than South Korea. Samsung is now in the same league as Sony, Korean soap operas are very popular across South-East Asia, Hyundai and Kia are now mega-brands, the country has hosted a G20 summit…

But image always lags behind reality, and South Korea’s international image has not improved so fastly. But the Koreans know what to do, and hosting the Winter Olympics in 2018 will help bridge the gap, Koreans say.

During a lecture last Tuesday July 12 in New York, Bae-yong said that the international community’s recognition of South Korea already soared since it successfully played host to the G-20 economic summit last year. Lee said South Korea’s ranking had jumped to 18th or 19th after the G-20. South Korea ranked 33rd in the 2008 Nation Brands Index.

“Likewise, if we successfully host the PyeongChang Winter Olympics, South Korea’s nation-brand will be elevated,” she told Yonhap News Agency after giving the lecture.

South Korea is no novice in these endeavours. The 1988 Seoul Olympic Games are regarded as Korea’s “Coming Out” party because it showcased its impressive economic progress after decades of war, poverty, and dictatorship. It put the country on the world map.

30 years later, the 2018 Winter Olympics can push the country’s stature further. The chairwoman of the Presidential Council on National Branding (which has recently launched a Facebook page), said the Olympics in PyeongChang can be a stepping stone for South Korea to reach the “Top 10” – an eccentrically ambitious aim to many.

The South Korean nation-branding plan‘s objective was to reach out to the 15th position in 2013, but the Olympics could give the country an extra boost and overtake countries like Spain and Sweden, which have traditionally occupied the 10th spot.

Lee said her organization will try to publicize South Korea’s “soft power” during the Olympics. “For the raising of nation brand through the PyeongChang Winter Olympics, the Presidential Council on National Branding will provide support on the cultural side,” she said.

She added that economy alone won’t raise South Korea’s perceptual standing, and that the country needs cultural exports to play a role. “The marketing of products for economic development is important, but we can raise South Korea’s stature by highlighting the sincerity of our culture and sharing it with the world.”