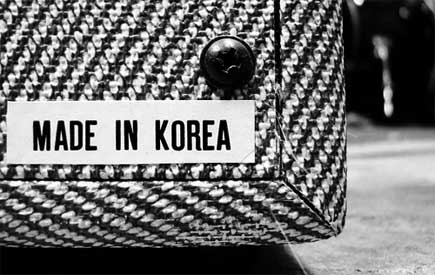 A couple of weeks ago Korean president announced a plan for branding Korea. Now, the Korea Times newspaper has published an interview with Simon Anholt, in which he gives his opinion about this project:

South Koreans have many statistics to be proud of. The country is the world’s 13th largest economy. It finished seventh in the overall medal standings at the 2008 Beijing Olympic Games. The country is an Organization for Economic Cooperation and Development member that is a trendsetter in information technology.

South Korea is also home to the world’s largest shipbuilding yard, as well as an exporter of oil derivative products although it does not produce a single drop of oil. Its national baseball team overcame the baseball superpowers such as the United States and Japan to win the Olympic gold; while the Korean Wave draws interest from Asia.

Despite the achievements, there are many people living in far away regions who still confuse South Korea with North Korea. Simon Anholt, a British government advisor on nation branding strategies and policies, says the confusion is partly due to its low brand value.

In an email interview with The Korea Times, Anholt, who coined the term “nation branding” in 1996, says successful case studies in New Zealand and Malaysia “might provide some inspiration and clues, but they are not a recipe for success” for Korea. “It would be a mistake to treat other countries that have improved their international reputation as a template for South Korea as the country is in quite a different situation,” he observes. Instead, Anholt, who has advised governments all around the world on nation branding strategies, says Korea ought to seek its own, unique model in its campaign to upgrade its global image.

Ways of upgrading national image have gained attention here after President Lee Myung-bak unveiled plans to set up a committee under the presidential office to raise the value of the country’s brand. In his speech marking the 60th anniversary of the founding of the Republic of Korea on Aug. 15, Lee said militant unions and violent protests are “the very first images that come to the minds of foreigners” when they think of Korea. “If the nation wants to be labeled an advanced country, it will be necessary to significantly improve its image and reputation,” the President said. Lee pledged to upgrade brand Korea to “make it on a par with that of advanced countries.”

According to Anholt’s nation brands index in the fourth quarter of 2007, Korea ranked 30th out of the 35 countries. Another index released by East West Communications, a Washington D.C.-based nation branding consultancy, said the country placed 28th out of 200 countries. Thomas Cromwell, president of the company, said five million quotes in 38 leading publications and other news sources in the United States and around the world were included in the analysis for the index.

An increasing number of national and city governments have been campaigning to upgrade their brands and identities. Public relations firms were commissioned for these campaigns. It has been a recent phenomenon that governments have adopted the branding strategy although it is routine for companies. Anholt concludes the nation branding is “about helping tourists, investors and consumers learn about the good things that are going on there to broaden and deepen their understanding of the country.”

He says improving Korea’s image and reputation is a long-term project, saying it is a “policy task, not a communications task.” “Country images are formed over decades and generations, and cannot possibly be altered by advertising and public relations campaigns,” he says. Anholt said the “brand strategy isn’t about pretending everything is fine when it isn’t.”

He draws a clear line between nation branding and other concepts that are often confused with the branding strategy such as tourism promotion. “Confusing tourism promotion with nation branding is a common mistake,” he says. “Selling vacations is quite different from improving its overall image, and getting more tourists can indeed be achieved, partly, through good marketing.” Anholt claims that this will not change the country’s image. “Similarly, investment promotion and sporting and cultural events can play a part in improving the country’s image but they seldom directly influence people’s opinions about the country,” he says.

Anholt says South Korean government officials need to map out their own, unique branding strategy fitting for the country’s situation, instead of simply following other best practices. Many governments try to emulate New Zealand to improve their international image. “What people always fail to understand is that New Zealand was in a unique situation: a country which was genuinely, objectively, a kind of paradise that people simply didn’t know about,” he says. Anholt added that its branding task, therefore, was simply to introduce this wonderful country to a world that didn’t know anything about it and there were no negatives to overcome.

He also advised not to mimic the `Malaysia truly Asia’ campaign, although it is viewed as having achieved huge success. “It was a tourism campaign, which has probably generated a lot of additional tourism business, but is not the way to change the image of the country,” he says.

He says if people living in other countries know more about the Korean culture, they would build a better perception of the country. “The ‘Korean Wave’ is ample proof that Korea is a country that people like more when they know more about it, and that has certainly been my own experience of the country too. “So the government just needs to do much more work in every sector ? governance, culture, education, sport, tourism, business, diplomacy and industry ? in order to prove to the rest of the world that Korea deserves a stronger reputation than it currently has,” Anholt said.

He recommends Japan as the best role model for Korea. “Over a period of about 30 years, Japan moved out of its negative image to become one of the most admired countries in the world.” Anholt says Japan has built trust through its high-quality exports, directly with consumers around the world.

Skeptics, however, say that nation branding is not a panacea. They doubt the effectiveness of the branding strategy, claiming that brand value is intangible and this characteristic makes it difficult for government officials to measure with regard to its effectiveness. They also point out that some governments, such as Switzerland and Belgium, gave up the campaigns after they concluded the efforts were not successful. Anholt, however, said “brand names save shoppers time, effort and worry.”

“Impatience, a lack of objectivity, boring strategies, faulty leadership, a naive faith in the power of propaganda, and a desire for quick fixes and short cuts are the most common obstacles to doing nation branding properly,” he added.