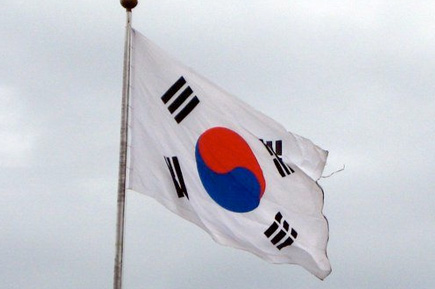 On January 22, 2009, South Korea’s nation branding project was launched, and a few weeks ago a 10-point action plan was laid out by Euh Yoon-dae, the President of the Council on Korea’s Nation Branding.

As usually with nation branding projects, South Korea’s program has been met with different views. While some applauded its policy-making approach (rather than the conventional, demodée advertising model), others, while respecting this approach, have voiced concerns on specific issues.

One of the critics is Kim Mi-kyung, a professor at the Hiroshima Peace Institute of Hiroshima City University, who in this article he criticized South Korea’s new slogan “Considerate and Lovely Korea” as too soft. Mi-kyung says that the catchphrase “sounds like begging – please like us as we will treat you kindly. As other Asian nations promote their culture with a fierce focus, our situation is quite disappointing. There are many Forrest Gumps who have managed to survive amidst cutthroat competition, but no Pollyanna has ever won a battle of survival by just asking for favors”.

After having a look at the 10-point action plan, he thinks that “the council’s projects reveals little in the way of proudly promoting our cultural assets. This may be because the committee assesses the competitiveness and value of our culture from a foreigner’s perspective rather than from our own. For example, creating projects modeled after the Fulbright Program and the Goethe Institut are good ideas, but there should be more focus on globalizing such things as hangul and taekwondo”.

At his critique, Mi-kyung also compares South Korea’s intended “cultural wave” -one of the points appearing at the action plan- to Japan’s real cultural influence, and he cites the example of the Kawai trend, how extremely femenine and Japanese fashion is becoming popular in Asia, North America, and Western Europe, as well as in Russia. “This movement has drawn attention from female viewers around the world. Some might question if it should be aired internationally to globalize this girlish trend, but the target audience is Japanese girls who are proud of making their styles international. Without such a self-motivated spirit, creating a global wave is impossible. A culture that is not rooted in domestic popularity is not likely to be globally acclaimed” he says.

Meanwhile, Kang In-sun, a journalist fro the Chosun Ilbo’s journal, says on another article that South Korea’s nation branding plans may fail if the country is unable to attract more focus than its Northern neighbour, the pariah-state of North Korea.

“World news consumers want to know more about the North than the South since it is such a closed state in addition to being at the centre of global security fears. Recalling my years as a correspondent in the United States, North Korean issues often became the top news in American newspapers, which was seldom the case with issues involving the South. Ordinary citizens immediately recognize North Korean leader Kim Jong-il, who is constantly shown on TV and in the papers, but few recognize the South Korean president. The most famous person on the Korean Peninsula is Kim Jong-il”, he writes.

In-sun says that South Korea’s image and brand value are always influenced by the North – and he adds that “the Council on Korea’s nation branding would have sounded more convincing if it had proposed using Kim Jong-il, North Korea’s dictator, in publicizing South Korea’s national brand, the way Romania managed to attract overseas tourists and create an interesting national image by mobilizing Count Dracula”.

Just like Mu-kyung, In-sun agrees that South Korea’s new claim is too soft. “What was surprising was President Lee Myung-bak’s remark that it is more important for a country to be respected and loved in the world, and the pledge of the Presidential Council on Nation Branding to forge a Korea that is considerate of others and is loved by others. It is a naive hope at a time when world attention focuses on whether North Korea will launch a missile or a satellite”, he concludes.