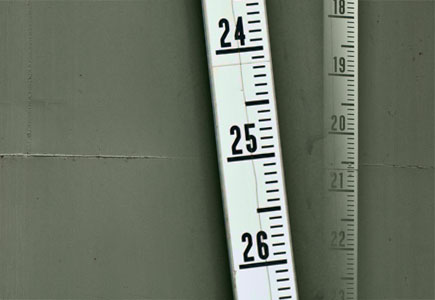 Last week we reported that Korea’s nation branding council president Euh Yoon-dae annouced that Korea won’t evaluate the success of its nation branding program against the Nation Brands Index (as it had been previously indicated), but against another index, whose design and creation has been charged to a fellow Korean foundation, the Samsung Economic Research Institute (SERI).

This change on the evaluation metrics raises many questions. To what extent is it legitimate to measure your success with your own index? Obviously, the Korean Council claims that their index will be objective, but it is hard to believe fully in such a claim. From an outsider perspective, it looks like a pupil making his own exam.

At first sight, it is a strange move, since the Nation Brands Index, which has now been discarded by the Koreans, is not only the most accepted analytical system to measure the weight and depth of nation brands, but it is also international and country-neutral by nature. No country owns it, no country has commissioned it and no country has any power unto it. Apparently it seems the best and most honest way to compare a country’s reputation against others. It’s a pitch for fair play.

Of course, there are other indexes too, and they too can be used to have a richer perspective. In fact, one country could use many metrics, provided that they are neutral and are not owned or connected to the country in evaluation, as the SERI index, tentatively named PCNB-SERI, seems to be.

Korea’s tricky move has not passed unnoticed. Professor Nicholas Cull of the University of Southern California says in this article the following:

Dr. Euh speaks movingly about an awareness of the wonderful things that development has brought to Korea and the need to share the same benefits with others. What is least encouraging is the suggestion that one mechanism to advance Korea in the international brand leagues might be to simply change the leagues. The Council has commissioned Samsung to develop a rival to the market leading index, the Anholt-GFK Roper nation brand index. The result looks suspiciously like Simon Anholt’s original formulation with a few extra tweaks to spread the criteria of analysis into areas of comparative strength for Korea. Present at the unveiling of the Korean formulation, Anholt was skeptical not only of the originality of the index but of the viability of lifting any nation twenty places.

At Nation-Branding.info we’ve followed with enormous interest Korea’s nation branding program and have hailed Korea’s handful of nation branding initiatives that go well beyond logo design such as creating a peace corps or exploiting the hallyu wave , but this last move on the Korean part is pretty disappointing. Suspicious or not, the fact that Korea will tailor its own nation brands index will render the program’s evaluation completely partial and misleading, and additionally it will make comparisions with other nation brands totally pointless.