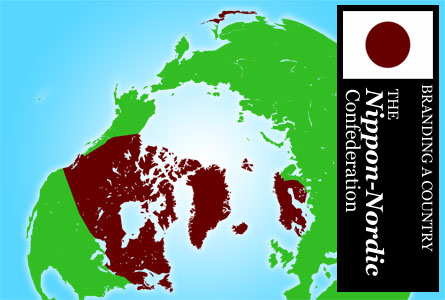 Welcome to the Nippon-Nordic Confederation – a new country sitting on the globe’s top.

This new nation is our inventive approach to what an imaginary country would be like if Tyler Brûlé, former Wallpaper* magazine founder and current editor-in-chief of cult magazine Monocle were its reigning dictator.

This ain’t just plain fantasy. Well, it is, but it’s got some foundations. Tyler Brûlé already devised on Monocle’s issue #06 an imagined country sitting along the Mediterranean shore called ‘Costazzurra’ – the consequence of the combined collapse of Italy and the downfall of the Grimaldi dinasty in Monaco.

But while Costazzurra was something like Côte d’Azur turned into a sovereign nation-state, the Nippon-Nordic confederation is an amalgam of various independent countries along the lines of the European Union.

Which countries would unite to form the Confederation? The globetrotting trend-setting überguru Tyler Brûlé is known for his fetish for everything Scandinavian and Japanese, so the confederation’s founding member-states would be Sweden, Norway, Denmark and Japan.

Mr Brûlé has some other favourites like Switzerland, South Korea, Germany and Lebanon, but he does not regard them as highly as Japan or the Scandinavian countries, and they wouldn’t make it to the Confederation.

However, being himself a Canadian, Tyler would allow Canada to later join the Confederation because of the country’s Northern credentials. Other non-Scandinavian countries like Iceland and Finland would later enter the Confederation too.

These later entries would make the Nippon-Nordic Confederation a respectable power in the world, allowing the Confederation to rival Russia in its ambitions to control the Earth’s most strategic area in the 21st century – the Arctic.

In fact, combining the forces of Finland, Sweden, Norway, Denmark, Iceland, Canada and Japan, the Arctic could be seen as the Confederation’s own mare nostrum. The Confederation would turn the Arctic into a lake of its owning to harvest essential resources – from water to gas, from clean air to oil.

Good communications between the confederation’s main cities would be essential. In that, Finland would come in handy as Brûlé’s bookmarked Finnair is the only Western airline to fly non-stop from Europe to three of Japan’s most important airports (Narita, Nagoya and Osaka).

Unfortunately Finnair does not fly to Haneda yet, but as the confederation consolidates this line will surely come. Also, in northern Japan, Sapporo is planned to be a new internal, cross-Arctic destination to carry Western confederates in Europe to the upcoming ski resort of Niseko and to give Eastern confederates in Japan a speedier link to visit their fellow countrymen in Europe and America’s Northern shores.

Despite its contribution as a bridge between the Confederation’s Eastern and Western parts, Finnair would disappear together with the rest of national flag carriers. The reason is that Tyler Brûlé conceived the perfect airline on Monocle’s issue #34 – Nippon Nordic Air.

In such endeavours, Mr Brûlé is no novice – he has worked with British Airways, Swiss, and Porter Airlines, and in his weekly Financial Times ‘Fast Lane’ column usually points out the good and bad in airline services. Nippon Nordic Air would replace Japan Airlines, Finnair, SAS, Air Canada and Icelandair.

Since Nippon Nordic Air is claimed to combine ‘the flying skills of Canada’s best pilots, the design ingenuity of Sweden and Japan’s best designers and engineers and the gracious service of a Kyoto ryokan’, this can be taken as a hint of the character of the new country’s citizens. Confederates are practical, methodical, somewhat naïve and servicial.

Nippon-Nordic confederate citizens are of course polyglots – they all are fluent speakers of English and French, besides their own national languages – Icelandic, Norwegian, Danish, Swedish, Finnish and Japanese.

So, how would an average Nippon-Nordic confederate citizen be like? Well, an exemplary citizen would be Niels Watanabe, the main character at Monocle’s first in-bound manga series, KitaKoga. According to the story, Mr. Watanabe is part-Japanese part-Danish in origin. He works at Niwa Design, a design company located in Copenhagen. Like most citizens from the Confederation, Mr Watanabe loves premium brands – he drives an Audi TT and has a special edition of the LG Prada phone.

The confederation’s typical food would be toast skagen, biff rydberg, curry rice, and meat loaf and gravy. On the bars the most popular drinks would be sake brewed in Hokkaido, beer from Saskatchewan, akvavit from Skåne and wines from Nagano. 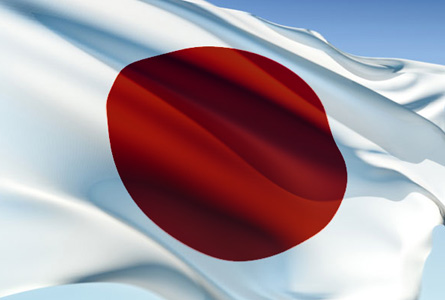 The Confederation’s flag would be a falu red circle against a white background – the crossover son of the Japanese flag and the color which is almost a Scandinavian trademark. An offspring of this flag can also be seen on the tailfins of Nippon Nordic Air’s aircrafts.

No country can consider itself as an important player in world affairs without its own media broadcasting network. Just like the United Kingdom has the BBC, the Confederation would launch NNN – Nippon Nordic News network. The NNN was conceived by Brûlé in Monocle’s issue #02 as “a channel that would bring both demanding journalism and a touch of style to the world of current affairs.” 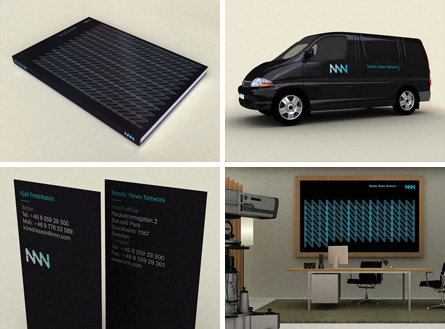 The Confederation would be a pioneering country in regards such as good taste and good image. For instance, in the Confederate central government there would be a Department for Getting Out and Seeing More of the World, and the Department for Building Better-Looking Embassies – both of them envisioned by Tyler Brûlé on his Fast Lane column. There would also be a Department of Perfect Proportions, “charged with rethinking everything from the width of roads to the scale of cities to food portions on dinner plates”, as Mr Brûlé himself explains.

Of course, there would be a Ministry of the Nation Brand, where creative directors, brand strategists and marketing specialists would work together to make sure that the confederation deserves a good name, builds an attractive and economically valuable image and behaves consistently and nicely in the global neighborhood. In fact, the confederation would be a proponent of the “One Passport for Every Child” initiative, among other humanitarian efforts.

This is how a country ruled by Tyler Brûlé would probably be and look like. But fear it not – this is just my own interpretation.