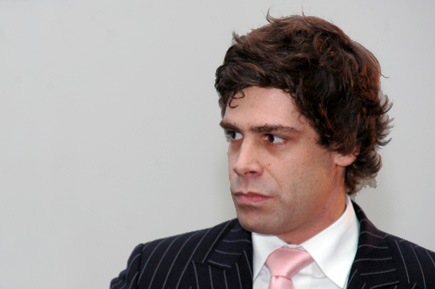 Jose Filipe Torres is the chief executive officer of Bloom Consulting, a promising branding consultancy based in Madrid, Spain. The company also has offices in Lisboa (Portugal), Sofia (Bulgaria), Miami (USA), and Copenhagen (Denmark). The consultancy has worked on city, region or nation branding projects with diverse public sector clients such as Bulgaria, Latvia, Portugal and Spain. We interview Mr. Torres to get a better insight on his experiences on the field of nation branding.

Dear Mr. Torres, thanks for answering our questions at Nation-Branding.info. what is your definition of a “nation brand”?
It is an asset and a tool for a country to establish a strategic development in the areas of trade, tourism, and talent.

In recent years, more and more countries appear to be turning to nation branding as an effective way to improve their positioning in the international market. From your privileged insight as a country branding expert, have you noticed  a growing interest in these practices from governments, or the contrary?
I think there’s a big confusion between what is a country branding strategy and what is advertising. I think there’s been a lot of advertising that has been called nation branding, which for sure helped countries to attract tourists, but to be honest, I don’t think most country brand strategies today are being effective or well applied. Nevertheless, countries are investing more and more in this area but mainly to attract tourist.

As a professional within this industry, can you point out the most important trends developing in recent times in the nation branding sphere?
Unfortunately it has been going in the wrong direction, meaning countries are investing more and more in promoting their tourism destinations and they are forgetting that nation branding is more than that (see number 1).

Many nation branding consultants share the opinion that when governments are urged to improve their country’s image, they usually are not really thinking about branding, but about traditional advertising, public relations and cosmetic makeup. Is it true?
100 % true.

If this is true, what do you think is needed to change the nation branding perspective from a simple communications approach to making real policy changes that over time have a real impact?
They need to understand, once again, that it should be used as a strategic development, literally, to create an impact on their GDP. It is a tool to establish what is the vision of the country, it is a tool to solve and to increase economic development.

Many countries seem to wish to communicate similar claims: a friendly population, a gorgeous scenery of contrasts, an idyllic place for doing business and a rich culture and tradition. Isn’t this boring? What are these countries not understanding? Is it all about differentiation, or can similar claims co-exist?
I think that what is clear that very few countries do is that they don’t clearly define what is their target- they want to please everyone- it is important that the brand strategy is being channeled to the right target audience, and then you can analyze what are the messages.

A usual problem in country branding projects is consistency across all agencies involved in managing the image of a country. Isn’t it hard to make the national tourism sector happy when you are telling the world about new infrastructures, about a thriving industry and exports because one of the objectives of nation branding is a boost in FDI? How can you effectively manage these internal, conflicting images?
Separately- a country is NOT one brand- it should be 3 brands.  Different target audiences, different needs, and different institutions. There is never going to be a common agreement- if there is then you have the problem from my previous point: TOO many bland messages.

To which extent can country branding attempt to change prejudices against a country or nationality? For instance Romanians in Spain have really bad press and the word “Romanian” can be heard to be used as a synonym for “petty delinquent”. How can a nation branding initiative help correct these stereotypes?
A nation brand can’t do it all- and it is impossible to revert the opinion that Spanish people currently have the Romanians, until Romania is a more mature and developed economy; that is when existing stereotypes will chance.

How can the success of a nation branding project be measured? Position in a nation brand index, comparative polls, positive presence on the mass media? How do you normally measure the performance?
The impact on the GDP-  establish an objective and go after it. When it comes to rankings and polls, they don’t necessarily imply higher GDP, more talent or more tourism. You can have a good opinion about some country, but that doesn’t necessarily make you want to go there, invest there or move there.

Tell us about your consultancy, Bloom Consulting, from within.
Bloom – we are international branding consultancy with 3 R& D centers in Japan, the UK and the US. We work with different nations, institutions and companies and right now our focus, whenever we talk about nation branding, is on deep research and to work on providing economic development for the country.  We have a great task of educating countries on what is country branding and I truly hope to change and mold the sector in 5 years.

Could you describe in a few words Bloom’s methodology?
1-First we conduct internal interviews to understand the country’s economic and social situation and conduct a local and global research on macro and microeconomics.
2-Secondly we develop a strategic objective for the country (according the findings of the previous step)
3-We deliver the strategy and the strategic plan on how to reach the desired objective.

You have worked with many countries in Eastern Europe. These countries face a similar image and reputation problems that countries such as Spain faced when it entered the world scene again after 40 years of quasi-complete isolation. What can these countries learn off the Spanish experience, which is usually pinpointed as an exemplary process?
Spain is a great example of a country that has changed its perception. For that to happen you only need two things – courage and determination from one side and internationalization of your economy from another. A country image will only be strong when its economy is present abroad; the private companies I mean. And that’s what happened to Spain in the last 15 years. A clear political and economic strategy focused on internationalizing its economy. To give you a small example, I’m sure every British person thought of Spain differently, after Telefonica bought O2 or Santander bought Abbey. That said, this is only one example, there are many others, that don’t require such a great investment, but nevertheless they should think big and aim at internationalization.

You have worked with Bulgaria. What was your specific responsibility and what were Bulgaria’s challenges?
We’ve worked together with the ministry of economy to develop a strategy to attract FDI.
The problem was that FDI in Bulgaria was about to suffer a strong decrease, because privatizations were over. We’ve worked very fluently with the government to understand how we could revert that situation.  The numbers don’t lie and when we started working with Bulgaria (2005) the FDI impact in the GDP was about 14% today it represents 34,5%. This is how we evaluate and measure our contribution to a country. Via the impact on the GDP.

What about Sweden? This country appears in all nation brand, image and reputation indexes on the top of the list. What were Sweden’s needs?
Please note, we’ve not worked for Sweden. We’ve contributed with our knowledge to a region in Sweden called Gothland. The big island in the Middle of the Baltic Sea. As strange as it may sound. Most countries, developed or not developed always have different needs, but they do have country brand strategy needs.

What country projects are you currently involved in? Can you give an insight on the tasks you have been charged and how you are approaching them?
We are currently working with the Latvian Government, developing a strategic plan on how to attract FDI and establish an economic and social development plan.

What has been your greatest success in a country branding project?
That’s like asking who is your favorite child! I believe all have worked successfully in their own way…

And which one your greatest failure?
I think I can talk about one in particular: Portugal. The country has a tremendous potential with great talent I’ve never seen. Nevertheless the government is too bureaucratic and very afraid of change.

What are the most common obstacles to doing nation branding properly you have faced in your career?
Without out a doubt: Bureaucracy and Judging and comparing brand strategies with advertising campaigns.