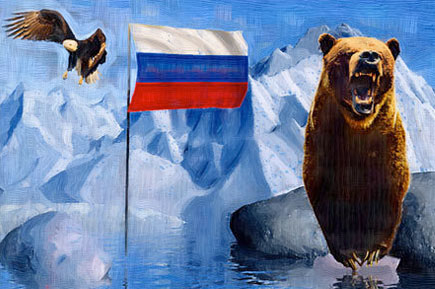 Some weeks ago, Russian newspapers reported that President Medvedev had just created a new commission in the Kremlin to promote a positive image of Russia abroad. It is not a new case of nation branding by far, but this high-level commission points out that countries are increasingly conscious of how critical image and reputation are to a country’s prospects in today’s world, especially on economy and foreign affairs.

“The main task of the new structure,” one paper reports, “is to correct the image mistakes committed over the last year,” since Medvedev became president, including the failure of Moscow to persuade other countries to recognize Abkhazia and South Ossetia and negative attitudes toward Russia in the CIS over financial arrangements.

It has become a firmly-established opinion in the West that Russia completely lost the PR campaign in Georgia. Although it’s close to a year since South Ossetia and Abkhazia declared independence, only one country other than Russia has recognized them: Nicaragua. Not even Russia’s CIS partners have done so, though Moscow has been generous with loans to support their crisis-affected economies. Russia’s gas conflict with Ukraine has also caused problems in relations with the European Union. Russia needs to find a new image – and that is what the new commission will have to handle.

The new commission, which is expected to work behind closed doors, is not intended to act as a fire brigade as the Foreign Ministry structure it replaces, but to predict the reaction of the international community before taking decisions important for the state. The commission not only will be pro-active in playing a role in Russian decision-making processes but will also anticipate and prepare to manage negative stories about Russia. This double function is noteworthy because it points to a dramatically expanded role for public relations and public diplomacy in Russia’s foreign relations and also because it means a notorious advancement in the way the country manages its reputation.

But there are skeptics, however. “Nothing will come of this,” said Fyodor Lukyanov, editor of a Moscow-based magazine, Russia in Global Affairs. “Image is not something that can be altered by a bureaucratic machine.”

Commenting on the formation of this new group, Mikhail Margelov, the chairman of the international affairs committee of the Federation Council, said that the new Kremlin group needs to push “the image of a ‘good’ rather than a ‘strong’ Russia” as part of the “soft power” approach that is now so popular. “Soft power is in fashion”, Margelov says. And to do that, it must have a coordinated plan, one that will be “pro-active rather than defensive” in order to ensure that Moscow gets in the first word in any dispute.

Margelov also pointed out that “in the countries of the former USSR, institutes of national memory are working. They develop claims against Russia and occupy themselves, as specialists say, with opposition research. This means that our image to a large extent is not in our hands. Why don’t we organize a symmetrical organization?”

According to the Russian paper, the new commission will use “domestic resources,” rather than relying on “Western consulting agencies.” But the Moscow paper added that one source close to the Kremlin said that existing relationships with Western firms, like the one Moscow has with Ketchum, a U.S.-based public relations and marketing agency, will continue. Apparently, Vladimir Putin was behind the idea of using foreign consultants, the paper said, but there are now concerns that even firms like Ketchum, which experts contacted said have done a good job for Russia up to now, may find themselves in a conflict of interest situation if they receive larger contracts from other firms or countries.

Yevgeny Minchenko, director of the International Institute of Political Assessment, maintains that contacts with Western PR agencies should be minimized and that they should only be used for one-off projects such as organizing expos and forums. Minchenko says: “The Ketchum agency, for example, has contracts worth millions with the USA – so if any conflict of interests arises, and clients like America and Russia are in the balance, it’s clear whose interests this agency will choose.” Moreover, says Minchenko, hiring Western PR agencies is passé. The new technique entails establishing networks of experts and working with public opinion leaders worldwide, starting joint projects and allocating grants for them. Minchenko says: “We’re hardly doing anything like this. We have few arenas for experts, and the quality isn’t very good.”

According to these experts, the period when Moscow relied largely foreign firms in this area has passed, and Russia will, under the direction of this commission, do more to promote its image with “expert seminars” like the Valdai Club – although that format too, these people said, is “beginning to exhaust itself” as well.