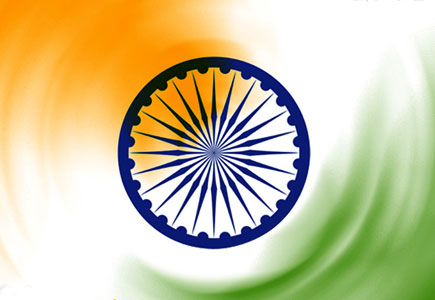 As we crib and complain about brain drain, we must realise that the Indian education system and consequently, the Indian workforce, are losing out to the western world’s superior capacity to attract talent. As much as it is due to the west’s advanced infrastructure, it also reflects their ability to promote itself as a top notch education hub, to create an external perception that seamlessly compliments the evolved system of education.

Similar and parallel situations can be identified in tourism, foreign investments and exports and any other field which globalisation has thrown open to the world. Pulling down political and trade barriers across the world, globalisation has not only unlocked the immense potential outside a nation’s own territory, but it has also fostered a competitive environment for tapping that potential. Therefore, as nations today strive hard to channelize as much wealth and talent as possible into their systems, branding of nations has become an indispensable way to achieve these ends.

A superior nation brand assimilates and integrates the nation’s salient features in terms of tourism, exports, culture, foreign investment, public policy and attracting talent and thereby strengthens its international relations on these different fronts. However, it is the people and not the nation itself that drive nation branding and hence ensuring that the brand is true and conforms to public opinion is of utmost importance.

Therefore, as traditional consumer branding discovers the niche to which the product caters, nation branding helps the nation to carve out its niche in the world. The similarity ends here, though. Whacky punch lines, sleek advertising and logos might do the trick for creating and sustaining consumer brands, but, a similar approach to nation branding will serve little purpose and be a burden on the country’s exchequer.

Branding of nations is a far more complicated and long-drawn process than consumer branding, in terms of the number of stakeholders and the implications. It must take into account interests from as diverse areas as the nation’s history, its culture, export, tourism, education system, investment and public policy. An optimal and true blend of these diverse aspects lends a nation its unique identity, which differentiates itself from the rest of the world. That said, national identities are not immutable, in fact, they are constantly morphing to accommodate the changing tastes, both within and outside the country.

India, with differing degrees of sophistication, advancement, growth and education across the country, is uniquely diverse and hence a classic case of nation branding. On one hand it might be a colossal task to harness the diversity and present a unified face, but on the other hand, once it is achieved, the uniqueness of the brand identity is unquestionable.

However, whether India, over the decades, has been able to present its best face to the world, is highly debatable. While campaigns like “India Shining”, which unfortunately backfired, and “Incredible India” have been expensive affairs, whether they have been able to convince the people, both inside and outside the country, of India’s prowess and potential, is doubtful.

Traditionally considered as a soft state, a surprisingly high tolerance level or inaction against extremism and terrorism has single-handedly gone a long way to weaken “brand India”, that was already reeling under the pressure of an inefficient health system and antique regulations concerning labour and land. Although even military and economic superpowers would agree that a certain amount of tolerance is required to maintain sanctity and project a balanced image to the world, it is certainly a possibility that India has overdone the leniency part. India’s apparent inaction against terror may well be construed as a sign of weakness.

It is time that India leaves no stones unturned in terms of presenting to the world that its future is signified by Bangalore’s world class research centres, Delhi’s state of the art infrastructure or Mumbai’s fast-paced commercialism. Otherwise, India’s global image might go on a downward spiral and would be more associated with the 26/11 Mumbai terror strikes or the horror that engulfed Gujarat in 2002 or the attacks unleashed on the Indian parliament in 2001. While extremism of this sort has widespread negative impact on foreign direct investment and tourism, incidents like the recent Delhi Metro mishap might strangle exports and offshore outsourcing. Sadly, contrary to what most people would like to think, terrorism and corruption are no longer the once-in-a-blue-moon aberrations in India and pose serious threats to the reputation of the country, not to speak of the security of its people.

India’s strength lies in its complexity. The nation needs to create an asset out of this multifaceted and composite whole when most countries in the world are moving towards simplicity, following the principle that a common thread binds people stronger and makes nations more formidable. However, for India, diversity needs to be harnessed into a positive force, transcending barriers of region and religion alike. Moreover, “brand India” should be a reflection of its unity in diversity and declare boldly to the outside world that the Indian republic is strong enough to ride through times of turbulence.

However, nation brand building does not offer knee-jerk instantaneous reactions. To rise up the ladder of the Nation Brand Index (NBI), where India is currently languishing at the 27th spot, India needs to put up sustained efforts to enhance its global perception on the aspects of exports, cultural heritage, tourism, governance, immigration and most of all, its people.