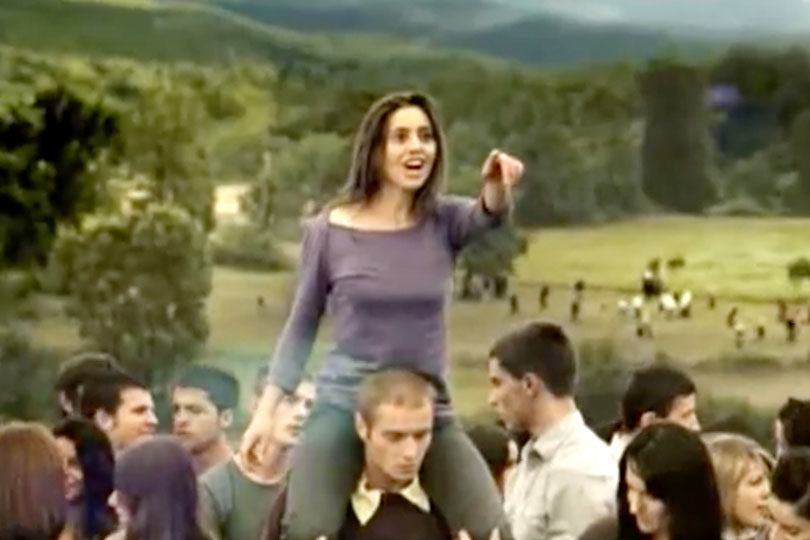 About 9 months after announcing that Saatchi & Saatchi had been elected to “nation brand” Kosovo, the Kosovar government has just introduced the video made for its advertising campaign (let us not call it “nation branding” yet, please).

The film focuses on the collective spirit of the youth of Kosovo in building their new country – a very suitable concept for a nation that is one of the youngest in the world and which has the youngest population in Europe with an average age of 25.9. The ad closes with the strapline: ‘Kosovo – The Young Europeans’.

The spot tries to change the image of a war-torn country into a young, peaceful and beautiful Balkan country and intends to position the nascent state as just another “normal” member within the family of nations (its independence is yet to be recognised by some countries though).

It remains to be seen however whether the spot is able to remove former perceptions of Kosovo as a place for drug smugglers and women traffickers and a haven of former UCK militiamen-turned-thieves acting across Western Europe.

For starters, this is certainly not a nation branding campaign as I have read almost everywhere – this is just an advertising video so far. If broadcasted in a repetitive way on the media, it will become an advertising campaign.

And only if this advertising campaign is accompanied by a national strategy including real policy making aimed to make Kosovo the country as Kosovars want it to be imagined, then you’ll have something close to a nation branding project.

By the way, you can also watch the ad’s “making of” here: