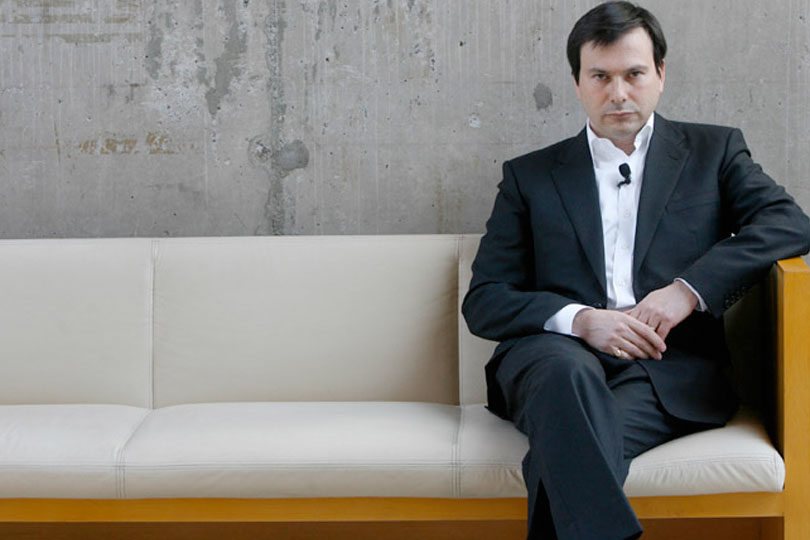 This is an interview published 03 June 2010 with Nobels Colloquia winner Simon Anholt on the concept of “nation branding”, and the impact the World Cup could have on South Africa. The interview was conducted by Dr Sean Carey. Dr Carey is Research Fellow at the Centre for Research on Nationalism, Ethnicity and Multiculturalism (CRONEM) at Roehampton University and Fellow of the Young Foundation.

Simon Anholt is an independent policy adviser who developed the concepts of “nation brand” and “place brand” nearly 15 years ago. Nowadays, he specialises in analysing the cultural perceptions of nations, cities and regions, and working out the implications for public diplomacy and international relations. In 2009 he was awarded the Nobels Colloquia for Economics. Here he talks to Sean Carey about brands and marketing, the reputations of the UK, London, China, and India, and the impact of the forthcoming FIFA World Cup on South Africa.

Everything is a brand, claim the marketing people. Are they right?

It depends on what you mean by “brand”. When I first compared countries to brands in 1996, I wanted to draw people’s attention to the fact that in our globalised world – where every place has to compete for its share of tourists, investors, talent, media, events and consumers – the reputations of places become paramount, just like the brand images of products and companies. So if brand just means “image”, “standing” or “reputation”, then of course everything and everyone has a brand. But the idea I absolutely reject is that a country can be branded. There’s not a shred of evidence that this kind of nation branding has ever worked – it’s just a wicked waste of taxpayers’ money.

Are you saying that countries, cities and regions are wasting their money in pursuing marketing campaigns for anything other than, say, tourism and investment opportunities?

Pretty much. When you’re selling a product or service, such as a holiday, investment opportunity, exported goods or even – at a stretch – culture, then of course advertising and marketing are legitimate and necessary. Nation ‘branding’, on the other hand, has nothing to sell, and the underlying message – “please change your mind about my country” – is government propaganda, which people rightly ignore.

Your research strongly suggests that countries, cities and regions enhance their reputations by progressive social, economic and environmental policies. Is this because we live in a time where social responsibility is steadily moving up the political agenda?

Yes. Several years ago I began to notice in the data from my research programme, the Nation Brands Index (NBI), which polls 20,000 people in 20 countries each year on their perceptions of 50 countries, that countries which were perceived to support the environment, poverty reduction, human rights, and other moral causes, were generally more admired than those that weren’t. In other words, it’s precisely the same mechanism which created so-called ‘Corporate Social Responsibility’ (CSR) in the commercial sphere; and perhaps not surprisingly, since it’s the same audience, applying the same value system. The same people who won’t buy training shoes that are made by children in China also won’t go on holiday in a country whose government fails to respect human rights or pollutes the planet. It’s very exciting, and I sometimes wonder if what one might call ‘Governmental Social Responsibility’ isn’t about to create a similar benign revolution as CSR, but on a vastly greater scale.

What does your research reveal about the image of the UK, relative to other countries in its category?

The UK has an enviable reputation: very positive, very strong and very consistent. As a result of centuries of trade and empire with many millions of people, knowledge of Britain is ingrained in many cultures; and, generally, people like the countries they feel they know best. Most people in most countries admire most things about us, and the UK is always very near the top of my index.

This often surprises British people, many of whom suffer from ‘Groucho Marx Syndrome’ – “I’d never belong to a club that would have someone like me for a member”. This modesty isn’t peculiar to the UK: the majority of people in the majority of countries rate their own country very highly but don’t expect others to do the same.

The only flaw in our standing is that we are more admired than loved: people polled in the NBI, for example, are on average 16 per cent more likely to want to hire a British citizen than have one as a close friend. This is fine as long as you can continue to inspire fear and respect through military, political and economic power, but as these decline, it becomes more important to be appreciated for softer things like culture, tourism, people and products.

London has built its recent economic reputation to a very large extent on banking and financial services, which for very obvious reasons have recently come under a great deal of scrutiny and criticism. But at a more general level has the UK capital been caught out by putting too many eggs in one basket? In other words, should a global city like London try to achieve multiple types of identities in order to leverage economic growth?

Some countries and cities – Britain, America, France, London, New York, Paris – are lucky enough to be so well known that they are well beyond the simplicity of a brand: people’s perceptions of such places embrace much of the contradictory, even chaotic richness of their reality. This makes their reputations extremely robust – America, for example, never fell more than 7 places in the NBI after the invasions of Iraq and Afghanistan, while Denmark, a rather simple Scandinavian ‘brand’, collapsed by more than 30 places following the uproar surrounding the publication of a few cartoons depicting the Prophet Muhammad in 2008.

London is lucky enough to enjoy a very wide set of associations in people’s minds, so its image is unlikely to be seriously damaged by setbacks in one sector. Only a long decline in its overall economic, cultural and social standing could, gradually, damage its image. This is of course a different argument from the shorter term economic risk of relying on too narrow a range of revenue-generating sectors – but economics and reputation follow very different rules.

Economic power is undoubtedly shifting from west to east, especially to China and India. Clearly this has major economic and political implications. What does your research reveal?

Without question, China has a more powerful reputation than India, but India’s is more positive in certain important senses. The NBI shows that many people trust Indian products more than Chinese ones. Also that they have a clearer and more positive picture of Indian people compared to Chinese people – perhaps Bollywood is to be thanked for this. And India’s governance scores on the environment, human rights, fairness, competence, poverty reduction and so on are significantly better than China’s. China’s reputation has improved slightly since the Beijing Olympics – especially as regards tourism and culture – but it is fatally weighed down by the ball and chain of its political image.

Africa too is increasingly coming under the economic spotlight as the scramble for natural resources, especially oil and minerals, intensifies and gathers speed. Is there not a danger that at least some of the countries in the continent will be sucked dry?

Yes, but on the whole Africa gives the impression of being more and more able to look after its own interests. Despite the best efforts of Bono, Geldof et al to brand Africa as one single, hopeless basket-case, Africa’s image is on the way up.

But how do those countries in Africa with near-zero reputations get into the global marketplace and tell their stories?

By making extraordinary products and services, and continuing to produce extraordinary people who do extraordinary things on the international stage. It causes me great sadness to see so many African countries now spending millions of taxpayer and donor dollars on “branding” campaigns that only make them look vain, foolish and wasteful.

A lot of people are hoping that the 2010 FIFA World Cup will have a positive effect on the reputation of South Africa and Africa as a whole. However, critics say that the £3.5 billion South Africa has spent on stadiums, transport and security would have been put to better use improving education and healthcare services. What’s your view?

The Summer Olympics and, to some extent, the World Cup are among the very few occasions when a substantial proportion of the global audience indulges in fixed contemplation of another country for weeks at a time. Of course, the challenge is finding ways to use such opportunities to demonstrate a credible yet new and inspiring story about the country.

Making the story stick is crucial. Using a big sporting or cultural event to enhance a country’s standing is not a sprint to the finish, but the start of a long relay race. But if South Africa does handle the opportunity well, it’s possible to argue that the £3.5 billion is as well spent as if it had been put into education or healthcare. Aside from the immediate hike in business and leisure visits and the huge promotion of tourism that a big event can generate, the overall improvement of the country’s profile can, if sustained, generate a measurable increase in foreign investment and trade over the following years.