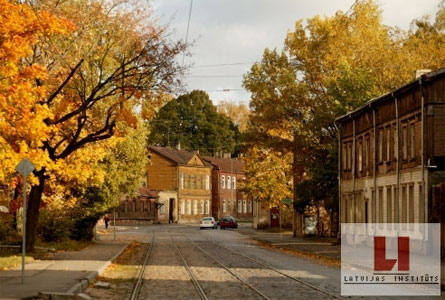 Latvia has in the past devoted forces to manage its national image – its nation brand. The former director of the Latvian Institute Ojars Kalnins himself showed a great interest in nation branding, and just a few months ago we refered to one of his texts, where he imagined Latvia as a country providing fresh and clean air to the world. The saga goes on and now it’s Karina Petersone, the current director of the Latvian Institute the one to share a short piece where she reveals some of Latvia’s nation-branding inisghts – both hopes and fears as well as some specific aspects of Latvia’s brand image. So it’s something like a view on Latvia’s state of the nation (brand), right from a privileged insider.

At our last week’s discussion on nation branding we asked a question: “What do we tell the world about Latvia with love and pride?” And it was worth listening to the answers. Why?
Among other things, we were asked back – why do we need to find it out? In my mind, the answer is obvious:

In nation branding Latvia competes with no less than 200 other countries. And many of them, for understandable reasons, do not need such a debate and do not care to ask themselves questions like that. Their national prestige is not at stake, the country name is not obscure and is not often mixed with the neighbour, or who the devil remembers whether Latvia was a Balcan or a Baltic state. And those societies who do not indulge in debates like ours are multimillion and multibrand nations with historical memories of empires and manifestations of power, attributed with economical and military might. It is not that their image is always impeccable to an outsider, but they do not bother themselves with this. And then there is Latvia, which only two decades ago regained its place on the world map. And it needs such a debate for several reasons.

We need it as a daily tool kit at the Institute.

We need to see ourselves how rich the choice among the events, personalities and achievements to be communicated is, in order to boost our self esteem, which is dwindling.

And we need to have a domestic debate on values in the society in general, and specifically, what is valuable in the eyes of experts within particular segments.

As a result, there was plenty to think about. Basically, we can use many of the things said in our future communication platform. But unexpectedly enough there were several more lessons learned from the debate than was envisaged.

First, there is a margin between the way a nation evaluates oneself and how it is perceived outside the country. An image of any nation is shaped by a sum-total of all news coming from the country – good ones and bad ones. Thus, Latvia caught the public eye lately as a country most affected by the global financial crisis, topped with local bank instability and real estate bubble. Paradoxically enough, the negative publicity now after two years has brought the country credit as a champion of curbing crisis.

While for the Latvian society the setback in economy and inner devaluation translated into a myriad of restrictions and even personal and professional losses and suffering, the global press depicts Latvia as a paragon of concerted and disciplined interactions between the political elite and the people.

We have analysed Latvia’s record in world media. In the sources available for our analysis publications have tripled from 2009 till 2010 (from 2.5 thousand to 6.5 thousand roughly), and out of those on economic issues two thirds are of a positive or praising slant. This is just a tendency, but worth taking note of!

Therefore we can definitely conclude that among those who have learned of Latvia because of the financial crisis and the pickle we were in 2008 – 2009, Latvia is currently more positively perceived and estimated than by the national media and opinion leaders.

For branding professionals it may seem an ABC, but it must be a revelation for the public.

And second, in these circumstances all experts shared a conviction that we have to tell the truth to our friends and partners, no bluffing, no embellishment, lest we risk our credibility. This does not mean there should be less love and pride in our stories. On the contrary, even the State President was sure that even the most critical and pessimistically minded person will have something to tell about Latvia with love and pride, be it the white sandy beach or the uniqueness of offering secondary education certificate in eight minority languages. And in this spirit the discussion was rich and gratifying and spicy.