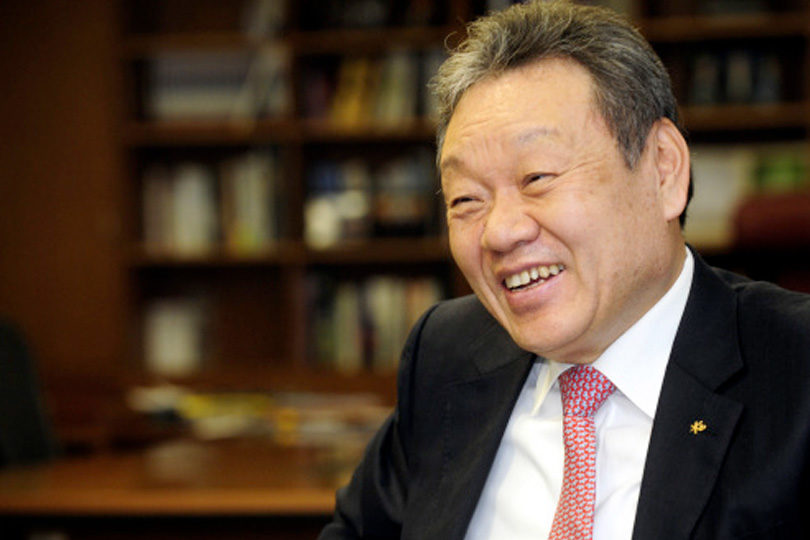 Euh Yoon-dae, the inaugural chairman of the Presidential Council on Nation Branding, believes Korea’s image abroad is less than clear and, by and large, very narrow. One reason for the lack of a broader knowledge of Korea is that even though the country has succeeded in building a strong industrial base and many successful global brands, the association of each of these products and services with Korea is limited, particularly for end consumers.

Simply, the value of “made in Korea” is not fully realized. One result of this is higher marketing costs for individual products and services, according to the former Korea University president. This top-level leadership is an important element in fully succeeding with the branding process. The challenge now facing President Lee Myung-bak and Euh is to determine how to effectively mold and manage Korea’s brands and reap the benefits for the nation as a whole.

“Building Korea’s brand is the key to improving its competitiveness. It will also make Korean firms more competitive and help attract foreign direct investment,’‘ the 63-year-old Euh said in an interview with The Korea Times at the newspaper’s head office in Seoul, Tuesday. Question and answers from the interview follow.

How do you feel about being the inaugural chairman of the Presidential Council on Nation Branding?

I feel a great responsibility. My job is to improve Korea’s global image and international status through close policy coordination with the central government, municipal governments, public institutions and the private sector. Building Korea’s brand is the key to improving its competitiveness. It will also make Korean firms more competitive and help attract foreign direct investment. South Korea has become a wealthy country, but it is still regarded as a poor country in some parts of the world, partly because it failed to provide sufficient contribution to the international community and has not been active in helping poor countries. Korea needs to improve its reputation abroad by increasing official development assistance (ODA) for underdeveloped nations. It should also initiate programs aimed at helping Koreans learn about globally accepted norms and etiquette and become more acceptable to other cultures. In a sense, the country’s leading conglomerates like Samsung, LG and Hyundai have a higher degree of global reputation than their country. In terms of branding on the global stage, Korea lags far behind the companies. Our activities will focus on reducing the gap and preventing such firms from receiving undue treatment just because they are from South Korea. In recent decades, South Korean firms have increased their global market share thanks to price competitiveness. They will be able to focus on more value-added products if Korea’s global image gets better. Our ultimate goal is to make Korea a globally respected and beloved country. Regrettably, it has a long way to go.

Creating new promotional advertisements and using the global media can be the easiest way to promote Korea’s image abroad. Do you have any specific plans in mind?

In a narrow sense, promoting slogans like “Dynamic Korea” and “Sparkling Korea” will be an effective way to attract global attention. That will be a part of our job. But, in a broad sense, our activities are about improving Korea’s global status and making it one of the most sough-after brand countries in the world. We will create a brand slogan, if necessary. Council members will discuss it. But creating a slogan needs thorough preparations and a lot of money. We want to work with global advertising firms if other members agree. Many government agencies and municipal governments have their own branding programs. A lot of money has been spent on different programs. The council will coordinate policies with them to find the best way of promoting Korea’s image and will play a central role in reorganizing branding activities.

You mentioned increasing ODA to poor nations. Could you be more specific?

The council includes eight ministers, including the minister of foreign affairs and trade, and presidents of the Korea International Cooperation Agency (KOICA), the Korea Trade-Investment Promotion Agency and the Korea Tourism Organization. We will come up with specific plans regarding the ODA program in cooperation with such agencies as the KOICA and the Korea Foundation. President Lee Myung-bak has a firm resolution to increase Korea’s contributions to the global community. It was his idea to create the council on nation branding. He is well aware of Korea’s image problems. Korea’s economy has grown rapidly in recent decades, but its global contributions are not commensurate with its economic power. Korea’s hardware has grown quickly, but its software development has been too slow. Improving Korea’s global status will be very helpful in closing the gap, and one of the keys to solving the problem is to increase economic aid to underdeveloped countries. 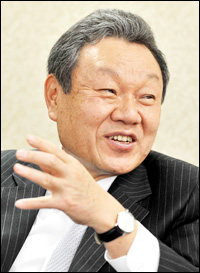 The Lee Myung-bak administration is pushing for “green growth.” Do you have any ideas for promoting his vision globally?

It is very important to walk the talk. Green growth is the way we have to go in this era. Korea needs to develop fuel-efficient cars and develop clean energy sources to join the global campaign to fight climate change. However, it is a different matter to promote Korea as a “green” country. As Korea is still recognized as a fast-developing economy and its growth is heavily dependent on heavy industries and electronics, it may sound disingenuous to other countries to describe it that way. We can create and promote the image of “Green Korea” but we must first see how the country is seen by the rest of the world. If New Zealand or Alaska talk about green growth, it will be convincing. Such is not the case for an industrialized country like Korea. Korea is on the right course for pursuing green growth, but promoting national image among countries is surely a separate matter. According to surveys, negative images of South Korea are associated with North Korea, their separation, violent demonstrations and labor unions, to name a few. On the other side, Seoul also has many positive images. The world commonly views Korean people as being industrious. Many countries are also envious of Korea’s technological achievements. Mobile phones, the Internet and televisions are the pride of Korea. We need to focus on promoting these positive images. It is important to listen to experts and cooperate with international advertising agencies in the process of making decisions regarding global promotions.

You said the council would play a central role in reorganizing promotional activities and find the most efficient way of improving Korea’s image. Can you tell us more about the plan?

Seoul City spends a lot of money promoting its policies internationally. The Korea Tourism Organization and the KOICA also have their own programs aimed at promoting Korea’s image. We forecast the total amount of money spent annually on global branding by separate organizations will reach about 100 billion won ($ 74 million). The council will find ways to maximize the effect of the branding activities through close policy coordination with the organizations. New Zealand spent about 100 billion won on branding campaigns. Denmark created a pool of $85 million to support global promotion. Creating a fund is one of the options to ensure successful branding. We will discuss finding the best way, but no strategic decisions have yet been made regarding spending. Earlier, the council sought advice from McKinsey & Company on what projects we should concentrate on for successful branding. The firm said it is not desirable to push for many projects at the same time and recommended we select a couple of projects and continue to focus on them to maximize their effect.

Many ideas have been brought up to build Korea’s global brand, some of which are increasing economic aid to poor nations, promoting Hallyu (the Korean cultural wave), helping Koreans adopt an international mindset and reducing the gap in global reputation between Korea and its leading firms such as Samsung and LG. It is important to promote positive images of Korea and very regretful that the DMZ on the border with North Korea has become a famous tourist attraction. Korean travel agencies unthinkingly take foreign tourists there. In terms of nation branding, it is a really bad idea. I suggest tours to the plants of Hyundai Heavy Industries and POSCO on the eastern coast to help foreigners experience the dynamism of the Korean economy.

In the 1950s, Germany boosted its economic power by promoting the quality of its automobiles and engineering products with a brand slogan of “German Engineering.” It’s now trying to clear away negative images associated with World War II and Nazism. Korea has a long way to go to build its brand image. The latest Anholt Nation Brands Index, one of the most trusted opinion polls on national brands, ranked the country in 33rd place among 50 nations, a shame for Koreans.