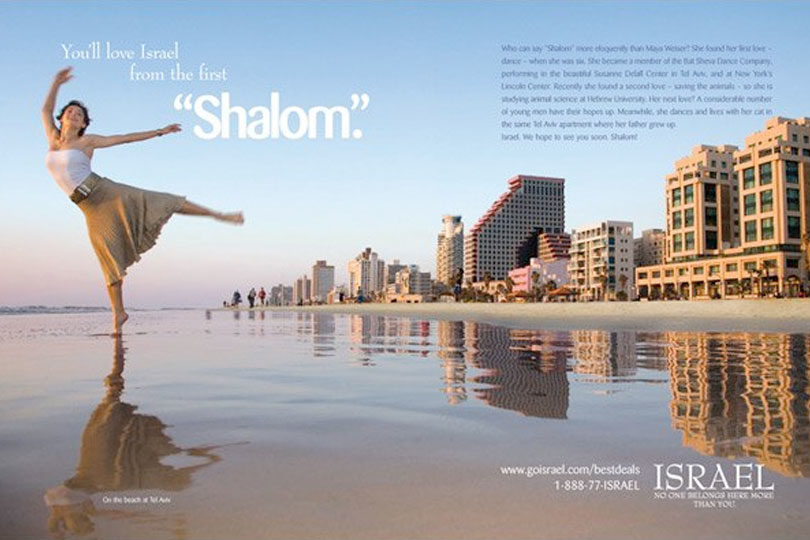 Israel Looking for an Extreme Makeover – by Bill Berkowitz

It hasn’t been the easiest year for Israel.

There was this past summer’s widely condemned attack on Lebanon and the recent disclosure by Israeli Prime Minister Ehud Olmert that his country has a nuclear arsenal, not to mention the ongoing death and destruction resulting from the Israeli-Palestinian conflict.

Former U.S. President Jimmy Carter’s strongly criticized Israel in the new bestselling book Palestine: Peace Not Apartheid, and a recent consumer survey found that Israel has the worst “brand name” of any country in the world.

Finally, The Sunday Times of London recently reported that the Israeli Air Force may be preparing to use low grade, tactical nuclear weapons to strike at Iran’s nuclear facilities. So perhaps it is not surprising that Israel — whose international image is of a country in continuous conflict — would engage in a serious long-term effort to reshape global perceptions of itself.

As part of its “re-branding” strategy, according to a report in the Washington Times, Israel is turning to “the wisdom of Madison Avenue.”

“When the word ‘Israel’ is said outside its borders, we want it to invoke not fighting or soldiers, but a place that is desirable to visit and invest in, a place that preserves democratic ideals while struggling to exist,” Livni was quoted as saying by Reuters.

John Stauber, executive director of the Center for Media and Democracy, whose website PRWatch.org has been tracking developments in the public relations world for several years, told me in an email interview, “These days branding, which has most frequently been associated with creating a feel-good, positive impression for a product, service, or a company, is now being used more and more by countries.”

“Branding campaigns by nations are a type of propaganda designed to manage and manipulate the perception of in-country citizens or foreigners toward a government,” he said. “Countries engaged in controversies, just like companies, will turn to branding methods as a crisis management technique to manage and manipulate public opinion and press coverage.”

“Often nations with serious PR or image problems involving social justice issues are engaging in branding efforts. For instance, after 9/11 the United States launched a branding campaign that has spent hundreds of millions of dollars in a failed effort to improve the image of the U.S. in Arab and Muslim countries.”

“Given recent developments involving Israel, it is not at all surprising that it would ratchet up its spending on public relations and branding,” added Stauber.

Although the new public relations effort is still in its formative stages, and a budget for it has yet to be developed, a staff person with the London-based global advertising firm Saatchi and Saatchi acknowledged that it is already working with the Israelis free of charge on the re-branding effort.

Unlike public relations campaigns that are more immediately targeted and less durable, branding aims at changing long-term perceptions. The Anholt Nation Brands Index is an analytical ranking of the world’s nations as brands developed by author Simon Anholt, an independent British researcher and an adviser to governments on branding, who is also the founding editor of “Place Branding,” a quarterly British journal devoted to the relatively new practice of place branding.

Among the factors considered in a nation’s “brand” are the quality of the country’s government, its culture, its people, its business and investment climate, and its desirability as a tourist destination.

“A nation’s brand is a deep-seated perception that does not change a great deal,” Anholt pointed out. “There is no evidence that re-branding campaigns change people’s minds.”

“If Israel’s intention is to promote itself as a desirable place to live and invest in, the challenge appears to be a steep one,” Anholt concluded.

David Saranga, the counsel for media and public affairs at the Israeli Consulate in New York, told PR Week that the government was in consultation with a number of public relations and advertising firms and had not what the re-branding campaign would focus on. Saranga did point out that two important groups that the government wanted to reach are “liberals” and people aged 16 to 30.

Ambassador Gideon Meir, deputy director general for media and public affairs at Israel’s Foreign Ministry, recently spent time in the U.S. meeting with media professionals working in the various Israeli consulates across North America. Meir told Haaretz’s chief U.S. correspondent that he would “rather have a Style section item on Israel, than a front page story.”

In a paper titled “The Israel Brand — Policy Paper Proposal,” Rommey Hassman, a marketing communications strategist and consultant to leading officials, corporations and organizations in Israel’s government, non-government and business sectors, pointed out that “Nation-branding is still in its infancy; scholars have yet to conceive a theoretical basis for it.”

There have been successes and failures, Hassman, who heads Tel Aviv University’s Nation Branding Project, notes: “Spain presented the MIRO- based national logo at the Barcelona Olympics in 1992, to much acclaim [while] in contrast, the United Kingdom’s controversial ‘COOL Britannia’ campaign was abandoned as a failure four years after its 1997 inception.”

Jeremy Kahn, former managing editor at The New Republic and a former writer at Fortune magazine, recently told American Public Media’s “Marketplace” that countries are “not a cereal box that can be retooled quickly. To transform a country’s image, first you have to transform the country. ”

Kahn, who recently wrote a piece on nation branding for Foreign Policy magazine, pointed out that “In the absence of political transformation, nation branding often amounts to nothing more than misdirection.”

“The transformation of a country’s image can only come after the country is transformed. Throwing millions at public relations firms, hiring marketing consultants, creating snappy slogans or cool logos is basically a monumental waste of time, money and energy,” he said.

“Israel also recently spent three years and millions of dollars developing and test marketing an advertising campaign,” Kahn noted. “And yes, Israel does indeed ‘start with I’, as the country’s new tag line helpfully points out. But so does Intifada — and it will take more than a new marketing campaign to get potential investors and tourists to forget Israel’s ongoing conflict with the Palestinians.”

“In fact, it might require something beyond the abilities of even the most talented marketing consultant: peace.”

Bill Berkowitz is a longtime observer of the conservative movement. His WorkingForChange.com column Conservative Watch documents the strategies, players, institutions, victories and defeats of the American Right.