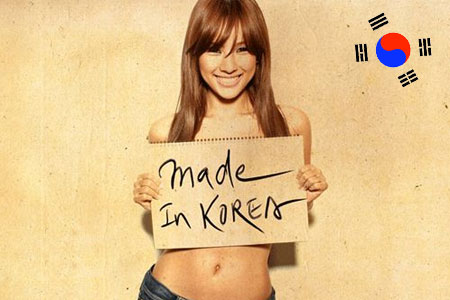 Last Thursday, January 22, the Presidential Council on South Korea’s nation branding programme was officially launched by council chairman Euh Yoon-dae and dignitaries including the Korean Culture Minister and the Seoul Tourism Organization president. As you may remember, Nation-Branding.info reported in October 2008 that the Korean government had doubts over whether creating a government agency or a presidential committee for Korea’s country branding initiative, and finally it seems that the latter option was chosen.

However, the first steps towards Korea’s nation branding were earlier on the timeline, with the Korean president Lee Myung-bak planning to establish a nation branding committee in early August last year, a series of articles on the Korean nation branding initiative being published in autumn (leading to a public debate in the country), and also international experts providing their opinion on the project (most prominently Simon Anholt and Donovan Neale-May).

This Presidential Council, formed by government officials and civilian experts from various fields, will coordinate government efforts to raise overall standards in Korean society and improve the nation’s image in the international community. Former Korea University President Euh Yoon-dae, 63, became the first chairman of the Council. “We will start various projects to promote Korea’s global image and make it a more respected country,” Euh said in a speech to mark the opening of the council’s office in Seoul. “The council will strengthen cooperation with the private sector and municipal governments to help Korean firms and nationals get better treatment overseas.” 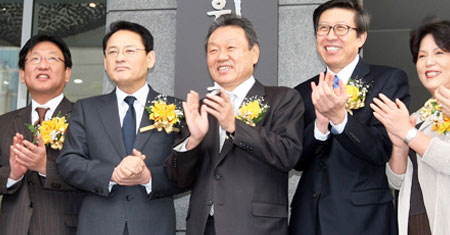 The 47-member council, including eight ministers and several PR experts from the country’s leading enterprises, will play a central role in reorganizing Korea’s branding activities and creating positive images abroad for the world’s 13th largest economy. The council consists of 16 top government officials and 31 private sector members including businessmen, scholars, lawyers, marketing experts and a popular musician. The extensive presence of private experts reflects the very nature of the work, which should be backed by heightened awareness of the public and active involvement by companies, civil society and citizens, the chairman said.

Helping other countries as soft power

South Korea is creating a pool of 100 billion won ($74 million) to spruce up its negative image overseas and build a brand as a “respected and beloved” member of the global community, the chairman of the council on nation branding said. “We forecast the total amount of money spent annually on branding by the Seoul metropolitan government, the Korea Tourism Organization and other government agencies to reach about 100 billion won ($74 million). The council will find ways to maximize the effects of branding activities through close policy coordination with them,” Euh said.

In an interview with The Korea Times, Euh also said that the country must increase economic aid to underdeveloped countries to share the premium of its rapid economic growth. “Creating a fund is one of the options to ensure successful nation branding. We will discuss finding the best way,’‘ said Euh, who starts a two-year term today as the first chairman of the Presidential Council on Nation Branding.

Last year, New Zealand spent about 100 billion won on branding campaigns and Denmark created a pool of $85 million to support global promotions, according to the former president of Korea University and President Lee Myung-bak’s alma mater. “Many government agencies and municipal governments have their own branding programs. The council will coordinate policies with them to make South Korea a globally respected and beloved country,’‘ Euh said.

He added that South Korea has become a wealthy country, but has not been active in helping underdeveloped countries and that it needs to improve its reputation abroad by increasing official development assistance (ODA) to underdeveloped nations. “Korea’s economy has grown rapidly in recent decades, but its global contribution is not commensurate with its economic power. Korea’s hardware has grown quickly, but its software development has been too slow,” Euh said.

Korea was on the ODA recipient list up until the late 1990s. Since entering the new millennium, Korea has become a donor. According to the Organization for Economic cooperation and Development, Korea’s ODA provision was $264 million in 2001. It increased to $672 million in 2007, 0.07 percent of gross national income (GNI), but is still far below major donors, whose average donations in 2007 accounted for 0.3 percent of GNI.

Euh said the country’s leading conglomerates, Samsung, LG and Hyundai, have a better global reputation than their country. “In terms of branding on the global stage, Korea lags far behind these companies,” he said. “Our activities will focus on reducing the gap and preventing such firms from receiving undue treatment just because they are from South Korea.” Euh said it was President Lee’s idea to create the council on national branding. Lee, a former CEO of Hyundai Engineering and Construction and mayor of Seoul, is well aware of Korea’s image problems and has a firm resolution to increase Korea’s role in the world, he said.

“Korea’s national brand is seriously weak and the country’s image does not compare with its national power. This is one of the tasks that the nation should address most urgently, as it strives to leap into the ranks of the world’s most advanced countries,” said Euh. “We should break the mold in thinking about national image, which we usually associate only with culture and history. We have Samsung mobile phones, LG TVs, the unrivalled archery team, and many other things that are the world’s best,” the renowned educational reformer said.

The former president of Korea University is credited with significantly improving quality of education and efficiency in school administration. He also stabilized finance of the private university by inducing corporate investment. His efforts helped the school rank top among Asian private universities in 2006 in a survey of the Times in London. The university is also regarded as one of the most globalized universities in Korea in terms of faculty, students and curriculum. “When it comes to this job, we should stop viewing Korea in the way Koreans view it. We need a more open and global mindset in thinking about what will best represent Korea,” he added.

In 2002, the government established an organization headed by the prime minister to boost the national image. But the body failed to function properly, convening only once in a year. Despite the world’s fastest growth and democratization, Korea’s image abroad failed to keep up with such achievements, resulting in what is widely called the “Korea Discount.” Though on the wane, corruption, militant labor activism, narrow-minded nationalism, and opaque corporate governance remain fixed images of Korea to many outsiders. President Lee recently deplored the deteriorating national brand value due to confrontational politics, street protests and North Korea’s nuclear threat.

The popularity of Korea’s songs, dramas and films has dramatically helped the nation polish its image, but these sources have recently begun to fade. The country’s brand value is estimated at less than 30 percent of its gross domestic product in 2007, while the United States was viewed to be worth 143 percent of its total GDP and Japan 224 percent, according to a survey by Simon Anhold, a nation branding authority in the United Kingdom. “Sadly, our country’s brand value is 1/50 of that of Japan,” Lee said in a recent biweekly radio address. “Moreover, it is even less than that of private businesses such as Samsung or Hyundai.”

With an annual budget of 8 billion won ($5.8 million), the council consists of five teams dealing with international cooperation, corporate and information technology, culture and tourism, the global community and overall coordination. A 19-member working-level body will assist the panel.

You can read the interview with Euh Yoon-dae, chairman of Korea’s nation branding council, at the Korea Times here »