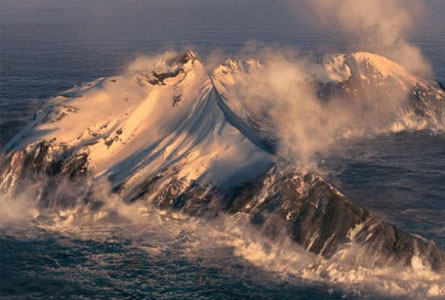 Countries like Canada and New Zealand would benefit from a global branding strategy, writes Daryl Copeland.

Yesterday evening I was in Gore, a smallish town of about 10,000 way down near the bottom of the South Island of New Zealand. The motor camp in which I stayed did not yet have internet service – most now do – but along the main street I had my choice of Thai, Indian, or Vietnamese food.

I was also able to do an interview with Radio New Zealand via an excellent connection using my cell phone. Along with the expanded choice of dining options, that’s a big change since I lived in New Zealand in 1993-94.

Gore styles itself the brown trout fishing capital of the world, which it may well be, judging by the number of people I saw standing around in the Mataura River in hip waders, smiling and flipping flies into the glistening eddies and beckoning pools. In the centre of town is a giant sculpture of a jumping brown trout.

That’s a place brand, and it helps to differentiate Gore from other towns, almost all of which in New Zealand welcome visitors with some kind of slogan, such as “Where the Forest Meets the Sea” or “Dairying Capital of the West.” Branding a nation – which consists of a country and its people – is somewhat more complex and difficult. That kind of brand is formed over time, and it comes less from what you say than from how you act and what you do.

When pronouncements and behaviour do not align, the perilous “say-do gap” opens like a yawning chasm. Even the best communications content and practices can never compensate for fundamentally flawed policy. That, among others, was the lesson of the Bush administration.

New Zealand has made some progress promoting its “clean and green” image, an endeavour that received a major boost through the worldwide attention lavished on the local settings chosen for Peter Jackson’s visually spectacular and wildly popular Lord of the Rings trilogy. Some of the film locales have become tourist attractions in their own right.

This is a stunning land. Nature and beautiful scenery, however, are only good to a point – mountains and forests tend to be somewhat widespread and generic.

A successful brand, on the other hand, is unique, conveying both emotional appeal and a value proposition. That’s where the connection to a concrete and usually highly stylized visual image can play a key role.

When it comes to a logo, however, not all Kiwis gravitate towards the silver fern particularly prevalent in some government publications and sports paraphernalia such as the All Blacks rugby jerseys. Throughout this visit, I’ve been making a point of asking New Zealanders to identify the graphic that best captures their national image, and almost as many have answered the kiwi, the koru or the flag as have volunteered the silver fern.

That ambiguity is not really a problem at the moment, but if New Zealand decides to gets serious one day about consolidating its brand internationally, a clear focus on a single logo will be important.

In my view, there would be much to gain by pursuing such a course, particularly if the government of New Zealand chooses to niche-market itself as the strategic bridge among key players on all sides of the Pacific. Power is shifting towards Asia-Pacific as the dynamic centre of the world political economy in the 21st century, and there is no time to lose in this era of heteropolarity. Complex balancing skills and knowledge-driven problem-solving will be the order of the day.

For better or for worse, and as I elaborate at some length in Guerilla Diplomacy, most countries do have a brand of one kind or another. It may be weak or strong, good or bad, but it’s there.

Consider, for example, this joke, using some familiar European archetypes: “Heaven is a place where the cooks are French, the lovers are Italian, the engineers are German, the timekeepers are Swiss, and the police are British. Hell is a place where the lovers are Swiss, the cooks are British, the timekeepers are Italian, the police are German, and the French engineers are on strike.”

Sure, these are caricatures, but there is something very elemental and important associated with a country’s image and reputation, which is why many governments have concluded that their national brand requires active management and consistent attention.

For small- and medium-sized countries such as Canada or New Zealand, a global branding strategy would only augment the advantages of being generally well regarded internationally, while helping to overcome capacity limitations and the absence of hard power options. If your posture is not threatening, if you carry little historical baggage, if you are not seeking dominion over others, and if your name evokes a positive pre-disposition, a smile rather than a scowl, then in branding terms, you are positioned to advantage.

To draw again on some European examples, places such as Serbia, Latvia, and Romania face major branding challenges. On the other hand, countries such as Spain and Ireland, recent economic problems notwithstanding, have done a very good job of turning around their international image and reputation.

Public diplomacy is fuelled by soft power. Foreign ministries in Canada and New Zealand have ample ability to deliver the former, and each country has substantial reserves of the latter. It is perhaps time for the world to see more of the silver fern, and, might I add, the maple leaf.