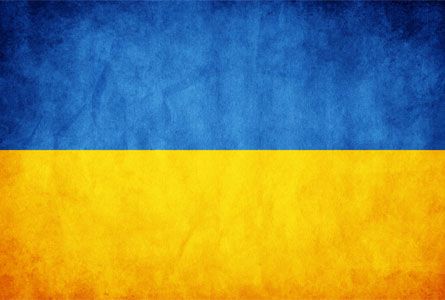 Ever since independence Ukraine has struggled with a poor international image. Despite being Europe’s largest country and one of the continent’s most strategically important nations, Ukraine has singularly failed to sell itself since 1991 and remains a nation with an unnaturally low investment profile and an international image dogged by unhelpful associations with everything from Chornobyl and Stalinism to organised crime and political violence. A bad image is bad for business, and the opportunity cost to Ukraine over the past 20 years of negative PR probably runs to tens of billions of dollars in lost FDI. The price of the country’s image woes has long been a favourite theme among Kyiv’s chattering classes, but it is only in the past year that we have seen any sign of a political commitment to address Ukraine’s PR shortfalls.

Despite the huge PR boost which the country enjoyed during the 2004 Orange Revolution, successive Orange governments from 2005 onwards failed to make an impact on Ukraine’s international image woes, losing out instead to Russia’s PR machine in the battle for European gas consumers’ hearts and minds. At long last, it now appears that the country’s international image may now be receiving the attention it deserves. The appearance of various new international media initiatives and national branding exercises since the arrival of President Yanukovych in office suggests that the new government is eager to boost Ukraine’s global standing and is prepared to go onto the PR offensive. However, it remains to be seen whether these efforts to repackage Brand Ukraine will compensate for the negative coverage which the country is attracting in the international media, fuelled by mounting concerns over the democratic credentials of the Yanukovych administration.

Putting Ukraine in the CNN spotlight

Ukraine began 2011 back in the international media limelight as the subject of a week-long series of shows on CNN International. This “I-List on Ukraine” slot was accompanied by the launch of an advertising campaign on the same channel which portrays today’s Ukraine as a modern, hi-tech society brimming with investor potential. Featuring the slogan, “Ukraine – all about U”, this new campaign is scheduled to run on CNN until April 2011. Not everyone was impressed by the kid gloves approach adopted by CNN in much of their Ukraine coverage, which largely steered clear of key political topics which might have embarrassed the current government. Nevertheless this series of shows, together with the launch of a prominent advertising campaign, marked the latest salvo in a mounting PR campaign which is being waged to boost Ukraine’s international standing. Earlier in November 2010 we witnessed the launch of “Switch on to Ukraine”, a video advertising campaign designed to promote Ukraine’s tourism potential ahead of Euro 2012. The video was carried by a number of major European channels including Euronews, Eurosport and the BBC’s European service. Ukraine supplements also appeared in Britain’s Telegraph newspaper late last year as efforts were intensified to counter the very real economic cost of Brand Ukraine’s shortcomings.

This is not the first time that international media campaigns have been employed in an effort to improve the country’s global branding. In 2006 a short advert highlighting Ukraine’s ski resorts aired on Euronews and National Geographic, while in 2008 CNN International ran a brief ‘Ukraine’ campaign under the slogan “Ukraine – beautifully yours.” This earlier CNN video focused on the visual appeal of the country’s lush, rolling countryside and elegant architectural landmarks, with Kyiv, Crimea and Lviv featuring prominently. In contrast to this earlier effort, the new “Ukraine – all about U” campaign offers a more cutting-edge ambience with visual imagery dominated by shots of businesslike skyscrapers and modern infrastructure. Instead of golden domes and the village idyll, this is Ukraine portrayed as an exciting alternative destination for investment capital and above all, as a modern European nation.

Unlike previous government-sponsored campaigns, the “Ukraine – all about U” campaign was not officially commissioned by the government. The project was sponsored by the Ukraine Economic Reform Fund, an NGO launched as recently as December 14 2010. The fund’s website, which is available in English only, claims that the NGO is international but says nothing about its headquarters, nor does it give any information about the fund’s founders or board of directors. However, we are informed that the fund is: “the result of a private initiative and is not supported by any political party” but cooperates “closely with government authorities”.

Direct marketing campaigns are not the only tool currently being employed to promote Ukraine’s image abroad. The present government is also going to some lengths to improve its own international image – mounting what is effectively a fight back in the international arena following years of playing second fiddle on the international stage to Yulia Tymoshenko. The online EUobserver reported in October 2010 that the Party of Regions had splashed out on a number of consultancies and lobbying organizations in Brussels to help them establish a better reputation among European decision-makers. According to the respected Brussels news agency, PR consultancy Glocal Communications helped to organize off-the-record press meetings in Brussels for top Ukrainian decision-makers. Other established PR agencies also reportedly involved in efforts to soften President Yanukovych’s international profile include Burston Marsteller and Apco.

A regional tradition of political PR

National brands can be enormous assets as well as potential liabilities, but if you want to benefit then you must be prepared to invest in brand-building. The countries whose national brands are valued highest are also among the biggest annual spenders on international PR. For example, the US spends about USD 1.4 billion annually, while both the UK and Germany invest about USD 1.2 billion each. However, most national advertising campaigns are geared towards the tourism or investment sectors, whereas the current Ukrainian administration has been accused of seeking to use slick PR campaigns for overtly political reasons as it seeks to defend itself against accusations of a slide towards authoritarianism. Such political objectives would be very much in line with contemporary regional practice – Ukraine’s neighbourhood abounds in examples of PR technologies used by undemocratic regimes to sell themselves to mass media audiences both at home and internationally. In 2009 Russian news agency Ria Novosti teamed up with PJI Companies consultancy with a brief which was said to include, among other things, an assignment to portray Joseph Stalin in a more positive light. Russia also won its 2009 information war against Ukraine largely thanks to the overwhelmingly superior PR firepower it possessed in the shape of communications companies Kreab & Gavin Anderson, Ketchum, and G Plus Europe. Similarly, Kazakhstan organized a powerful PR-campaign ahead of its recent Chairmanship at OSCE in an attempt to portray itself as a democratic country. However, these efforts failed to lure Barack Obama, Nicolas Sarkozy and Bronislaw Komorowski to the OSCE summit in Astana, nor did they prevent critical reports about the state of democratic freedoms in the country.

Belarus strongman Alexander Lukashenko, who labours on under the tabloid title, “Europe’s Last Dictator”, is known to have hired Margaret Thatcher’s spin doctor Timothy Bell in 2008. The former Ten Downing Street adviser worked on the challenging task of improving international perceptions of Belarus for a year, and it has to be said that during the 2009 period there was a small but noticeable improvement in the tone of EU-Belarus relations. Nevertheless, clever PR can only go so far, especially if you happen to be “Europe’s Last Dictator.” The recent presidential election in Belarus and crackdown on opposition groups provided an example of the limits to what even the smartest marketing can achieve, with Minsk’s hard line response to opposition leading to tough new sanctions and new lows for arguably the only country in Europe with a lower image rating than Ukraine.

Working on the country’s soft power is a smart move that many throughout the business community have long called for. However, Matthew Kroenig from America’s Georgetown University claims that national marketing can only work if the country itself is a credible brand. When the domestic situation fails to match the image of the country which is being projected, the chances of selling the brand to others are next to zero. The Ukrainian government’s recent efforts to portray itself in a positive light risk falling foul of this trap and being effectively annulled by the negative coverage being generated by the country’s slide down the rankings in various international annual democracy and freedom surveys. Despite the investment in professional PR and marketing techniques, today’s Ukraine continues to attract negative headlines: for example, an end-of-year review of the world’ best parliamentary fist-fights which was published in Britain’s Guardian newspaper saw Ukraine featured on three separate occasions, while the recent decision to grant ex-Minister of Economy Bohdan Danylyshyn political asylum in the Czech Republic was yet another nail in the coffin of Ukraine’s international image. There is a credibility gap opening up between the officially approved version of Brand Ukraine currently being touted on CNN and the reality of the government’s actions in the domestic arena. Without successful internal reforms, even the finest work of the world’s top lobbying agencies and marketing wizards will continue to lack credibility and could eventually succeed in doing more long-term harm than good to Ukraine’s international image.

Kateryna Zarembo ( zarembo@iwp.org.ua ) is an analyst at the Institute of World Policy. She holds an MA in English Linguistics from Kyiv National Taras Shevchenko University and an MA in European Studies from University College Dublin. She is also an Open Society Institute Fellow and a visiting fellow at FRIDE. Her areas of interest include Ukraine’s relations with the West and the foreign and security policy of the EU