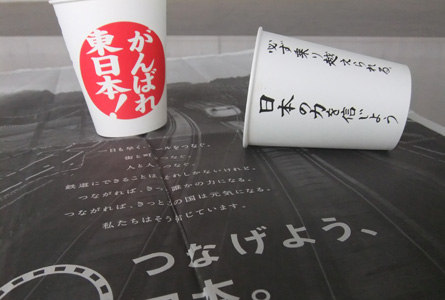 Japan’s reputation as a safe and efficiently-governed country has been negatively altered since the multiple disasters of March this year, but it would be a myopic mistake to think that things were fine before then. The truth is that Japan’s image has been taking a beating from well before that day when the Earth moved violently. Many of Japan’s image problems have been the result of conscious actions within the country, not from uncontrollable tectonic shifts. Japan will need an organized and structured approach to rewrite its message to the world, and they would do well to cross out the negative aspects of their country profile that predated the 9 Richter earthquake and its consequences.

Admiration over the years for Japan’s law-and-order society, its efficiency, and its high-quality standards was overshadowed by a pre-earthquake Toyota auto recall, and by public consciousness over Japan’s whale hunts. In January of 2010, environmentally concerned citizens around the world saw Youtube images of the supposedly polite, efficient Japanese piloting a whaling vessel that cut the whale-protecting speedboat Ady Gil into pieces, (474,000 YouTube hits of bad press) and slugging it out with Greenpeace boats while the whaling boat had the slogan “research” painted across its hull (1,249,000 hits of bad press). The Japanese whaling lobby’s retort that the whales were for “scientific research” was always a joke: I have walked into scores of restaurants and specialty food shops in Japan that unapologetically display whale meat for sale, much to the dismay of  foreign tourists, and in complete contradiction of their “research” claim. One prefecture even had a “whale meat day” to encourage schoolchildren and their parents to make whale meat a part of their diet.

Widely-viewed public relations debacles over anachronistic fishing practices can be traced even further back to the 2009 release of the movie The Cove. Rather than showcasing automotive or high-speed train technology, the movie featured more anachronistic locals embarrassing their country by slaughtering dolphins until the waters turned red. For the second time, a local niche market for exotic seafood caused a worldwide public diplomacy disaster for brand Japan.

One bright spot was a recent visit by U.S. Transport Secretary Ray LaHood to view the country’s Shinkansen train technology and support system. One study had shown that the average time for late departures of the trains was a mere 12 seconds. In this case we saw the Japanese showcasing Japan at its best. But few outside of the transport industry took major notice of the event. Images of dolphins dying in their own blood are much more striking than images of a politician straightening his necktie on a quick train.

All of these national image struggles came before the earthquake.

Even as the shock waves of the first quake subsided, Japanese society’s sense of security deteriorated, as the population faced dangers coming from the sea and from elements in the air. With these came a parallel change in the perception of government and civil society, as the bureaucratic gerontocracy that holds the reins of government struggled to provide the leadership and inspiration that was needed.

The disaster also took its toll on the semantic discourse and echo chamber of Japanese imagery. In weeks, the recognizable linguistic and visual associations of “sushi”, “manga” “Toyota” “hybrid” and “shinkansen” were eclipsed by “tsunami” “massive earthquake” and “Dai-ichi nuclear power plant”. As any Ukrainian can tell you, you don’t want your country to be associated with a nuclear power plant.

At home, the key phrase associated with the disaster response was “Nippon Gambaroh!” using the Japanese name for the country, with a verb that loosely translated means “hold steady,” “keep fighting” or “we’ll hold our resolve.”

But the Japanese government betrayed itself with boring images of septuagenarian politicians walking around in blue work jackets, and top bosses of power company Tepco checking into the hospital for high blood pressure while reactors started to melt down.

The idea of Japan being able to use technology to solve any problem was crushed when it was revealed that they had to borrow radiation suits from the US and didn’t have any clear idea of how to recool the reactors’ overheating fuel rods. They resorted to the neighborhood kid’s summertime solution of dousing the buildings with water hoses. This from a country that has the world’s most advanced transport network and electronics industry.

The public face of Japan hired to explain these fumbles is government spokesman Yukio Edano, a man with an expressionless face and matching monotone voice. He could make even a Olympic gold medal triumph sound like a defeat.

Where can Japan go from this nadir? Does it have a plan?

Prime Minister Naoto Kan took an important step when he placed ads in papers thanking donor countries for “Kizuna,” another word that lacks a clear translation, but is akin to solidarity or kinship.

In a Washington Post editorial, Prime Minister Kan repeated his message of kizuna, defining it as “the bonds of friendship.” He also laid out the key words of his hoped-for linguistic discourse, using the catch phrase “The Rebirth of Japan.” His editorial message explained what was needed, but not how he was planning on achieving this term with the same linguistic root as “Renaissance.” The key verbs Kan employed in the editorial were “overcome”; “recover”; “emerge”; “establish”; and the ill-defined and unglamorous phrase “forward-looking reconstruction.”

These are all steps in the right direction, but at the moment, observers around the world will more likely associate the word “Japan” with “radiation/earthquake/tsunami” rather than “kizuna” “gambare” or “forward-looking reconstruction.”

In the coming months, Japan will have to reforge its external brand to the world with a strong and pervasive series of new messages and images. The worst-case scenario is that it would descend into an endless rut of being compared with Chernobyl on one hand and Canadian seal clubbers on the other.

Here are a few tools that brand Japan needs to pull out of its tool kit to redesign the semantic discourse:

Tool One: A spokesman who doesn’t look like a cardboard cutout.

Government spokesman Edano can barely hold his own with the compliant Tokyo press corps. The idea of him giving a rousing Obama-like speech is out of the question. Prime Minister Kan seems too interested in choosing the color of his work jacket and dying his hair black to really take charge of Japan’s campaign. Brand Japan needs someone who is not a bureaucrat. A celebrity. Hopefully Yoko Ono will not be called. World-class actors like Ken Watanabe could be called up, or sports stars like Ichiro.

Japan needs to emphasize that it is getting past the outdated energy plants (Fukushima Dai-Ichi was constructed 40 years ago) and outdated hunting (how many people really prefer eating dolphins to watching them swim?) The Japanese could give both their image and their economy a boost by taking people on tours of their burgeoning wind farms and solar technology plants, and rehiring the fishermen to be captains on dolphin-watching tours. With Chinese megacities such as Shanghai just a short flight away, Japan could make more money bringing tourists to sea parks and water shows than selling the meat. Prime Minister Kan acknowledged the need by mentioning in his editorial “the aggressive promotion of clean energy.” The obvious slogans would be along the lines of “going beyond nuclear” and “Japan’s seafaring people and cetaceans: sharing the Pacific Ocean.”

If Japanese automotive firms are to distinguish themselves in the electric vehicle market, they must go beyond just touting higher gasoline mileage: they need to make lithium batteries sexy. The Nissan Leaf is a good step, but the Toyota Prius needs an interior/exterior design overhaul and a name change. We need to see glamorous and curvy people surfing on waves of silver lithium and riding in cabriolet hybrid cars with their lovers next to them. Lithium needs to be a statement of young tech-savvy opinion leaders, not a symbol on the periodic table.
Tool Three: A modern culture that elicits respect.

Japan’s current modern culture is a bit of a double-edged sword. Manga conventions and pop music shows draw crowds from around Asia and indeed around the world, but also run the risk of getting Japan laughed at. Does the country really want to be known for Hello Kitty and the pointless jiggling of AKB48? Japan would do well to counterbalance the frivolity by promoting thought-provoking films such as Miyazaki’s animation masterpieces. And they could better highlight pop culture institutions that have a hint of respectability, such as the International Manga Museum in Kyoto.

Tool Four: A brand for its gateway airport.

Tokyo’s Narita Airport is well organized and easy for passengers to orient themselves in (the giant letters over each check-in bay are genius in their simplicity) but it is in desperate need of a clear image and identity. Go to Liverpool’s John Lennon International Airport and you will see a branding success story. Go to Narita, and you will be confused by its multiple names; Narita; New Tokyo International Airport; and the generic, one-size-fits-all anywhere and nowhere name of World Skygate. None of these names are inspiring (Narita is simply the name of the rural area where the airport was built). Compare this to Liverpool naming an airport after one of the Fab Four, Salzburg naming its airport after Mozart, Doncaster UK naming its airport after Robin Hood, and other airports being named after everyone from Frederic Chopin to John Wayne. The “Skygate” name is a uninspiring rip-off of another Pacific Rim airport: Vancouver’s slogan is “Your gateway to the world.” Even “Godzilla International” would be more inspiring.

The nuclear crisis was a golden opportunity to use robots to go into areas where human beings would be in danger. But how much help was Honda’s cheery Asimo at the Dai-ichi nuclear plant? Recent robotics conventions are a step in the right direction, though when I interviewed some Japanese robotics teams last year, they had trouble coming up with useful applications for their droid-like creations. Japan has small robots that could be brilliant at moving into disaster zones to search for survivors, but the industry has been co-opted by funding and tracking for U.S. military applications and the technophile segment of the consumer market.

Tool Six: A message of recovery and continuity

Japan needs a message that will link its past images to the future, and needs it fast before repetition solidifies the negative semantic references into the current generation’s image associations with the country. Japan Rail, commonly called JR, had the right idea when it launched a series of ads showing its super sleek Hayabusa shinkansen, zooming forward at dusk with its lights on through a maze of dark tracks. The key word of the campaign is “connected” and the text stresses that the main train lines running along the spine of the country have been painstakingly restored. The campaign turns JR into something much more than a train company: it becomes a national lifeline and display of solidarity during dark times.  This concept of highly-skilled and determined recovery needs to be applied to the country as a whole, with a slogan along the lines of “Fast like a shinkansen, cunning like a samurai, focused like a Zen master: this is the new Japan.”
These six tools could serve as the core of a new semantic discourse to guide Japan out of the rut that it has been in for more than 10 years now. It took 2 decades for the country to rise from the ashes of World War II and inaugurate the Shinkansen and the 1964 Tokyo Olympics. This time around Japan will have to reforge itself and assemble a new message much faster.

Article by Dr. A. Shibly. A. Shibly Ph.D. is a communications consultant and speechwriter specializing in public diplomacy based in Japan. He was in the country when the 9 Richter earthquake hit.