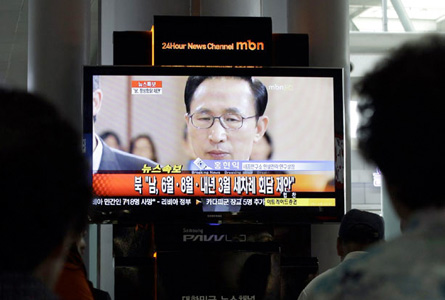 As you all are well aware of, South Korea is embarked in a nation branding project that should enhance its image in a few years time.

The country feels a little like the ugly duckling that wants everyone to know it’s really a swan, and it’s investing millions of dollars to upgrade its image so that it matches the country’s economic importance.

Korea’s spendings efforts have been vastly been covered at this website – but are also being covered by local newspapers and media outlets. One of these is the Korea Times, whose editor Lee Chang-sup, who has written before about South Korea’s ‘obsession’ with improving its national image, has summarized 10 recommendations which, as cited by him, Simon Anholt gave South Korea to upgrade the country’s image in the world.

(1)To refrain from bragging to the world about what Korea has got. Ask yourself what Korea can do for the world. Behave admirably, and admiration will follow.

(3) Not to rig the measurements. There is simply no point in producing “branding indexes’’ that would purely make Korea look better.

(4) Not to be obsessive about image. A positive image is a consequence of good policy. It is not an end in itself. Countries that make a big public fuss about wanting to fix their image, do not look dignified or serious. They look insecure and vulgar, as if superficial approval is more important to them than real substance.

(5) To be realistic about expectations. Objectively speaking, South Korea probably does deserve a better reputation than it currently has, but it will not change dramatically or suddenly. Perceptions of countries cannot be directly manipulated because they are deeply-rooted cultural phenomena.

(6) Be alert over falling into the trap of overestimating the power of advertising, logos, slogans, or public relations. These techniques are useful and even essential, when marketers sell a product such as tourism. They are a complete waste of money if policymakers are trying to make people change their minds about the country as a whole.

(8) To decide on a clear and simple national vision and stick with it. Don’t try to be everything to everybody.

(9) Not to imagine that the media is the same thing as public opinion.

(10) National image has more to do with Koreans than Korea. Most people abroad have no particular idea about what Koreans are like. It is necessary to promote Korea’s achievements, economy, history, landscape and investment opportunities, vacation offers, food, corporations, products and all the rest. In the end, people are more interested in people than countries and their institutions.