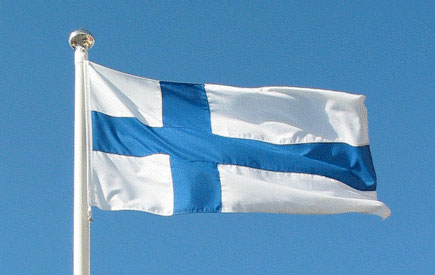 Brands are modern ambassadors, who tell a lot about the place that they come from. What’s up with Finland’s brands and brand Finland? A Finnish member of the European Parliament and a branding-lover, Cai-Göran Alexander Stub, has written this short yet interesting piece at the European Voices magazine about branding Finland:

In Finland, we love brands. What else would you expect from a country that has successfully branded itself as the land of Santa Claus? Santa started locally in Finnish Lapland, and then went onto became a global brand.

Brands are modern ambassadors. They tell a lot about the place that they come from. Finland is a high-tech country. We love gadgets. Nokia, currently ranked as the sixth most valuable brand in the world, is naturally in its own league.

But other high-tech products, mostly related to sports, seem to have captured the imagination of gadget consumers around the world. Polar is a market leader in heart rate monitors. Its competitor Suunto is a brand leader in sports watches.

Sports heroes, such as Kimi Räikkönen, rally driver Marcus Grönholm or ice hockey superstar Teemu Selänne are brands in and of themselves. They are all “Flying Finns” and have helped to create an image of a country that loves sports. So much so that a Finnish company called Amer now owns brands such as Salomon, Precor, Atomic and Wilson.

And a love for music is not far behind. The land of Sibelius has produced well-known conductors such as Esa-Pekka Salonen and Jukka-Pekka Saraste, and widely respected sopranos such as Karita Mattila. Success feeds success. Finland has been branded as a country that knows a thing or two about classical music.

In the past few years, the heavy rock scene has virtually been taken over by Finnish bands, not least HIM, Nightwish, Apocalyptica and Lordi. Each band has its own brand.

Finland is also known for its design brands, such as Marimekko, Iittala and Artek. Even the more traditional industries, such as Wärtsilä, Kone and Jaakko Pöyry have created a brand for themselves. What do all of these brands – ranging from high-tech to heavy metal – have in common?

1. They are good products.
2. They have an interesting story to tell.
3. They know how to market their products.

Nokia, the undisputed world leader in mobile phones, started as a company making pulp, paper and rubber boots, and now seems to be connecting people all around the world.

Ville Valo, the singer of HIM, has a spectacular voice, and a larger than life personality. HIM uses “love metal” and a “heartagram” as its instrument to promote its brand.

Kone, which started as a small family company, is now one of the world’s leading elevator manufacturers. It’s a good product with an interesting and well-marketed story.

I predict a bright international future for many Finnish brands. Why? Because many of the more traditional brands, such as Marimekko, are in the middle of a generational
shift in their management. The 30- and 40-somethings have been brought up in an open, international market. They have studied and worked abroad before taking over major companies in Finland.

So, is Finland the only country with famous brands? Absolutely not. All countries have their own brands. But, just remember that when you open that Christmas present, no matter which brand it contains, it was given to you by Santa Claus – and he is Finnish.