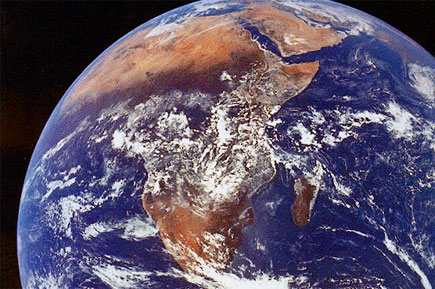 As world cups go, story Germany is only beaten to the plate in terms of the number of world cups won by the magical Brazil and the tenacious Italy. If football prowess was all it took to be a world power then Brazil would rule the world.

As a self professed supporter of all things German, symptoms I am thankful that it is not football that determines nation brand rankings. The nation branding methodology pioneered by brand guru, hospital Simon Anholt places Germany in pole position.

The Anholt National Brand Index which began in 2005 examines six key areas that affect “the way the world views the world”. These include a country’s exports, governance, tourism, culture and heritage, people, investment and immigration.

The recently revamped study is now called The Anholt-GfK Roper Nation Brands Index. Simon Anholt now collaborates with public affairs research experts, Gfk Group. The latest results have an expanded list of 50 countries from the previous 35, with data being gathered from an even wider net of countries.

The Mercedes-Benz is undoubtedly Germany’s chief ambassador. The prestigious line of motor vehicles boast a reputation for superior engineering that has stood the test of time. This reputation can be traced back to the German companies’ highly disciplined approach to creating and introducing brands to the market.

This ensures the development of formidable brands that few nations are able to duplicate as superior quality is put first in every aspect.

Germany’s healthy number of top brands camouflages what is really happening underneath. While the few giants almost appear inflexible, it is this consistency that keeps them winning.

Prof Jeffrey Fear of Harvard Business School, when interviewed in 2005 highlighted the fact that beneath the larger global German brands are “thousands of owner-entrepreneur controlled Mittelstand (small and medium-sized firms) that remain very entrepreneurial, though in a quiet fashion. Germany remains an export leader today because of those secretive firms.”

From Mercedes, BMW, Audi and Porsche in automobiles, to SAP in business software, to Nivea in cosmetics, to Boss in clothing and Adidas in sports wear, Germany has top quality brands represented in virtually every category. As ambassadors for the German nation brand, they all reinforce Germany’s quality reputation. The eggs in this case do transfer some credit to the chicken they came from as the eggs draw some credit from the chicken.

It would be unfair to talk about Germany without talking about one of its greatest ambassadors, football. The world cup is in my opinion the greatest of global events. The jury is still out as to whether the Olympics might take that trophy but if I was the sole judge, I would give the trophy to the world cup without even bating an eyelid. My reason is that the event grips the entire world, regardless of economic level, for the entire tournament.

Most football fans will support a team at local, national and global level. This ensures global enthusiasm throughout the month long tournament. Germany has stamped its national brand on this great global marketing event through its disciplined, almost precisely engineering approach to football exhibited by its team, Deutschland Mannshaft.

This literally translates to “the machine”. This reputation has ensured a global following. A brand, after all, is nothing if it does not stand for something.

African nations can learn plenty from Germany. The country has been the aggressor in two world wars, seen to one of the most shameful genocides in history and is the home of the most infamous man, one Adolph Hitler. No African nation brand carries such burden.

If Germany can unearth what makes it special among nation brands and excel at it through every point of interaction with the globe, our rich continent still has great potential to build some of the greatest nation brands on this planet.