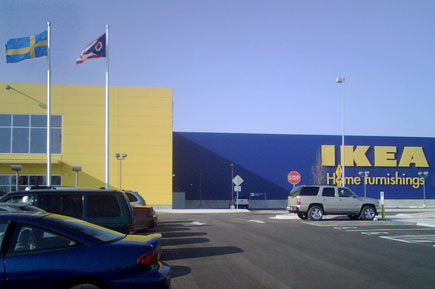 Corporate brands whose corporate values match those of their country of origin include Apple and America (innovation and technology), Giorgio Armani and Italy (fashion and style) and BMW and Germany (reliability and quality) among others, but there is one brand whose symbiosis with its country of origin is paradigmatic: IKEA.

Olle Wästberg, the Director-General of the Swedish Institute, a public agency entrusted with disseminating knowledge abroad about Sweden and organizing exchanges with other countries in the spheres of culture, education, research and public life in general, has contributed an austere, Swedish-styled and straightforward piece on PublicDiplomacyMagazine.com about this symbiosis.

The symbiosis of Sweden and IKEA

Frankly, IKEA is doing more for the image of Sweden than all governmental efforts combined.

That might be a sad statement coming from a governmental official tasked with enforcing “the brand of Sweden.” But IKEA’s 285 stores in 37 countries feature the blue-and-yellow national colors, serve Swedish meatballs and sell blond-wood Swedish designs and books about Sweden. To visit IKEA is to visit Sweden.

Every “nation brand” is a simplification. But even though it may be paradoxical in a globalized world, most countries have found that they must stress their individuality to be able to compete. Reputation is the new currency now that countries are beginning to understand that soft power can be more forceful than the hard power that has so often failed.

Enhancing Sweden’s image involves creating a clear position for Sweden internationally – a unique place in people’s consciousness that distinguishes Sweden from other countries. Specifically, we, Sweden’s image makers, must define what unites all things Swedish, and also dare to identify the associations people around the world make with Sweden. The leading Swedish agencies dealing with “Sweden” – the Swedish Trade Council, Visit Sweden, Invest in Sweden Agency and the Swedish Institute – have together established a mutual brand platform, which places the word “progressive” in the center, with four core values around it: 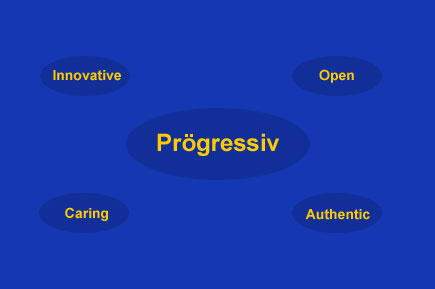 This might not be entirely unique, but the combination says a lot about Sweden and research shows that these are values that people from other countries associate with Sweden.

IKEA fits very well in that context. The company has been a forerunner in corporate social responsibility, putting emphasis on the working conditions of their contractors as well as on sustainability. The IKEA brand could very well be categorized by the same progressive descriptors as the public diplomacy platform of Sweden outlined above.

The brand of IKEA is not independent; it is closely interlinked with the image of Sweden, drawing from Swedish design innovation going back more than a hundred years. It is not by chance that The Museum of Modern Art in New York last year published the book Modern Swedish Design: Three Founding Texts, which presented the first English translations of three seminal texts by pioneers of Swedish design. The three founding texts are “Beauty in the Home” (1899), by the philosopher and critic Ellen Key; “Better Things for Everyday Life” (1919), by Gregor Paulsson, art historian and director of the Swedish Arts and Crafts Society from 1920 to 1934; and “acceptera” (1931), co-authored by Paulsson and the architects Gunnar Asplund, Sven Markelius, Eskil Sundahl, Uno Åhrén and Wolter Gahn.

Those texts were written long before IKEA was established and were part of what founded the international view of Swedish design: spartan and blond, which may have communicated a national character, if such a thing exists.

The Stockholm Exhibition in 1930 established the term “functionalism” which has since been dominant in Swedish design and architecture, even though Sweden also has its neoclassical buildings. Function, not decoration, is the framework for what could be called the typical Swedish design creed.

On another level, the book Sweden: the Middle Way by the American journalist Marquis Childs had an enormous impact on the image of Sweden, especially in the U.S., and sold several editions in 1936. The book painted Sweden as the ultimate compromise between capitalism and socialism, a sort of paradise where basic class conflicts were gone. It offered a social design that interplayed very well with functionalism. This has been beneficial for Sweden. However, it is largely a stereotype, as today’s Sweden is one of the most market-oriented countries in the world.

Does Sweden use design as a tool for nation branding today? Yes, the Swedish Institute continuously has exhibitions of Swedish design that travel the globe. Sweden is a small country, about the size of California, with a population equivalent to New York City, and a GNP the size of New Jersey. To be successful from that small base, Swedish companies must add value and special knowledge to their products. Some companies have learned the hard way that neglecting design will hurt. Ericsson’s problems with cellular lines at the end of the 1990s were the result of the engineer-driven company’s late realization that people first looked at the surface, before inquiring about the content of the product. Consider products made of alcohol distilled from potatoes—often called “vodka.” Absolut, with its well designed bottle and brilliant ad campaign, has made that simple product an international status symbol, proving how well design can work.

It’s obvious that Sweden’s nation branding is linked to Swedish design. When the U.S. established its embassies and consulates in a devastated Europe after World War II, it built transparent modern buildings with many glass windows that were meant to send the message that the U.S. is an open, democratic society. Similarly, when Sweden built the new House of Sweden in Washington D.C. a couple of years ago, a driving focus was to showcase contemporary design. Designed by the architect Gert Wingårdh, the building is a combined embassy, exhibition hall and meeting place. It incarnates Sweden. 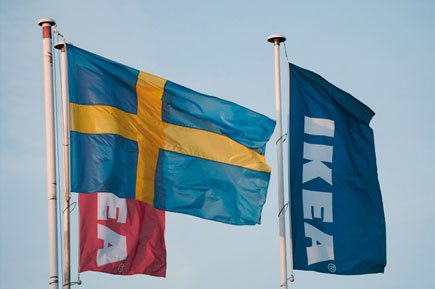 But Sweden can still do more to showcase its aesthetic innovations while its official representatives could be much more consistent in the details. Does everyone who represents Sweden drive a Volvo and carry an Ericsson cell? Is every embassy furnished with the latest in Swedish furniture design? Regrettably, no. You would have to search long and hard to find IKEA furniture at embassies or consulates.

For business, the image of a country can be decisive. Simply put: if you just have a couple of minutes to present your product, it helps if you don’t need to use that scarce time to explain the nature of its origin. In fact, the country of origin could actually add to the value of a product—a phenomenon sometimes called “the country of origin effect.”

I recently met with the CEO of Volvo Trucks. He told me that, clearly, Volvo is very affected by the image of Sweden. Both because Volvo as a brand is so interlinked with Sweden, but also because Volvo needs to entice some of the best car engineers to move to Gothenburg. Therefore Sweden has to spread the image of a country that is nice to live, study and work in (which actually, according to Simon Anholt’s Nation Brands Index studies, is one of the areas where Sweden excels).

The Swedish Institute is in the process of forming a network of companies wanting to use place branding as a marketing tool. It goes both ways: Sweden benefits from the way IKEA markets itself; and IKEA is one of the companies that benefits most from the image of Sweden. IKEA would not be IKEA without its Swedish background.