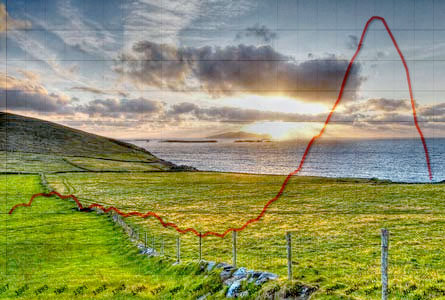 The current economic crisis is affecting countries in an obvious, well-documented and flagrant manner, but is also impacting their reputation, their “nation brands”, in a less obvious manner.

One example is Dubai. The Emirate is facing the toughest economic challenge in its history. According to this article, nation branding guru Simon Anholt believes that only the development of “a lasting cultural identity that makes these ‘real’ places for real people to live in and visit” will provide the bedrock for future success for Brand Dubai and the wider Emirates.

“The Middle East presents a wide variety of different country images and reputations. The most impressive among these is certainly Dubai, which has succeeded in establishing itself in a relatively short space of time. However, a rapid rise to prominence tends to result in a rather narrow, two-dimensional image, which speaks of wealth and success but relatively little intrinsic personality or distinctive identity,” says Anholt.

“Dubai is discovering the danger of an image that’s built purely on wealth, success and a prestige lifestyle – when the going gets tough and the success of the place is questioned, what other cards can Dubai play? What more solid, more durable assets can it offer – and can its image be crafted to reflect these in the future so the risk is better spread?”, Anholt asks.

Another example is Ireland. The financial crash has effectively bankrupted the country. Ireland was the first European Union country to go into recession. The government stabilised the country by underwriting bank losses. Ireland now has the world’s highest external debt at over 800% of GDP. Much of the banks’ exposure comes from their property investments – and property prices have collapsed with everything else.

EU membership, low cost credits, construction, a booming economy, low-salary Polish migrants – it all looked like the fast lane to high growth and quick development, but it has come out that most of it was just economic vaporware. A considerable part of the country’s growth was not built over real strengths, but over expectations and speculations, which as it has turned out, were too optimistic.

But it was just a few years ago that Ireland was admired throughout the world for overcoming terrorism, poverty and insularity and becoming a “Celtic Tiger”. And the country’s rapid economic development changed perceptions of the country. Formerly an island known for its Guinness beer, bagpipe folklore and traditional music, it became the natural stepstone for American companies to approach Europe, whether be it for logistics or for offshoring technology services.

At this point, Ireland must now re-think itself. It is no longer what it used to be, or claimed to be, or was perceived to be. Its reputation as a optimal place for investing money in is at stake, but it has also lost some of the ‘basics’ glamour it once had when it was a less ferocious country. Ireland now needs a strategy to overpass this tough situation, because it can’t pretend to attract investments and admiration with the same arguments; they no longer work as they have been proved faulty. Its cultural products and exports may also be regarded now as less pure, because they have been toxified with the country’s exaggerated bubble economy. Its credibility has been damaged – which is mostly the same as saying that Ireland’s nation brand has been eroded.

But, make no mistake: unlike Dubai, Ireland has a narrative to build over it. It is not only palmtrees, Rolls-Royce and mortar. It has a wealth of references: music, history, culture, scenery, celebrities and a plethora of well-nation-branded products. The country has strong brand foundations to recover. It only needs to review its identity, its role in the world, and articulate it again to suit the prospects of the decade entering next month.

Of course, Dubai and Ireland are not the only countries in the need to undergo a national re-branding process. Iceland is just another example, and the Baltic republics too. The reputation of these countries as places to invest in or to do business with will come out weakened after the turmoil, and it must be revisited and reviewed. Amazingly, there are on the other side a few countries whose international nation brand is likely to improve, like Canada, whose sound banking system appears to have resisted the crisis. The most obvious effect is that Canada’s nation brand is incorporating a valuable image as a safe haven for money, business and people alike.