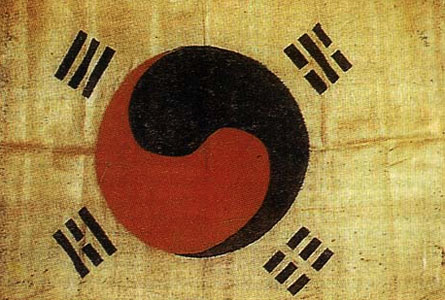 There is a wide gap between how foreigners think about South Korea and the country’s reality. And this gap has severe consequences on South Korea’s national ambitions. For instance, in terms of nation-brand value relative to GDP, the U.S. stands at 143 percent and Japan at 224 percent, while South Korea is at less than 30 percent. This implies that a product made in Korea can be sold only for 66 percent the price of a product of the same quality made in the U.S. And that’s just one of the liabilities of not having a good, strong country brand – there are many more.

As of today, South Korea has created World Friends Korea, the Korean version of the American Peace Corps. It has also explored ways to make the most out of its popular TV soap-operas and dramas, which is no minor issue – you’ll be surprised that except for Hollywood, Korean male celebrities are now among the highest-paid actors in the world. South Korea has also sought ways to make its national culture more relevant to international audiencies, trying to streamline the appeal of the Korean language, the Korean alphabet or Hangeul, the Korean food or Hansik and the Korean national garment or Hanbok.

But Korean officials haven’t stopped here. The Presidential council on Nation Branding also wants to use Koreans abroad as a public diplomacy tool. “Overseas Koreans are our civic ambassadors who spread Korea’s culture and tradition around the world,” said Euh Yoon-dae, the council’s chairman. “In this regard, Korean associations overseas play a crucial role in raising Korea’s international status”.

The Presidential Council on Nation Branding also wishes to convert the (apparently) rude South Koreans into global citizens. With this goal in mind, it plans to raise residents’ awareness of global citizenship and etiquette, suggest guidelines for the street advertisements of businesses and stores, and help Koreans improve their etiquette, especially when approached by foreigners.

Amazingly, this seems to be a real issue for Korea’s image. According to Kwon Oh-yul, director of the Australian Center for Korean Studies at Griffith University, Korea may well “have become the Asian capital of disrespect”. “Koreans violate basic social rules 44 times more often than do Japanese. With such little consideration for strangers, no wonder why Koreans playing loud music generate 1,878 times as many noise violation complaints as Japanese”, Oh-yul writes.

Oh-yul explains that “Korean culture focuses on families and groups. Koreans tend to discriminate between those inside their social circles and those outside of it. They may be kind to the people they know but appear rude and inconsiderate to strangers. And as a society based on the nuclear family grows increasingly competitive, social circles are shrinking, and rudeness is becoming more common.”

The council also plans to down-tune South Koreans’ alleged xenophobia. “Foreign workers in low-level jobs in Korea are easy targets for disrespectful treatment. Foreign brides who newly arrive in Korea often experience cruelty; the divorce rate among international couples, which hovers around 40 percent, may be largely driven by this culture of discrimination”, says Oh-yul.

In order to boost its global profile, experts say that South Korea also needs to make greater contributions to international causes, such as poverty reduction or climate change. In fact, increasing external aid is one of the 10-points plan. Following this advice, South Korea’s President Lee Myung-bak claims he has already pledged tens of millions of dollars in development aid to Vietnam and Cambodia.

Beyond its obvious humanitarian impact and its laudable ethical spirit, providing help to other countries is also a wonderful nation branding tool for a country, even if somewhat perverse. Let me explain it. When we see French or Swedish aid being delivered to Africa or Asia, Sweden and France are undirectly re-asserting their economic strength. Probably not purportedly, but they do to the eye of the beholder. Now South Korea seems to have the will to adopt that image too. Watching South Korea bringing aid to Vietnam and Cambodia sets these countries apart in two leagues, and emphasises the contrast between South Korea and the others. It puts South Korea in another league together with the rich countries instead of the Third World league – it helps bridge the gap between how South Korea is perceived and how it really is.

Last but not least, it was announced in November 2009 that South Korea will be the host to the 2010 G-20 summit. As the first Asian country to ever host the G-20 summit, Korea aims to take advantage of the event to make its nation brand image more respected and powerful.

In a report to President Lee Myung-bak, the Presidential council on Nation Branding chairman Euh said the country’s hosting of the world’s premium economic forum would be a crucial opportunity to promote its potential to become an uncompromised advanced country. The council proposed diverse measures, including naming a park and a street as “G-20” to celebrate the summit, and creating ads for global media outlets such as CNN and BBC to promote Korea’s rising global status. It will also organize a conference for student leaders from the G20 countries.

All in all, South Korea’s nation branding appears to be working fairly well – let’s see if it could even become a nation branding model for other countries to follow in the next future.