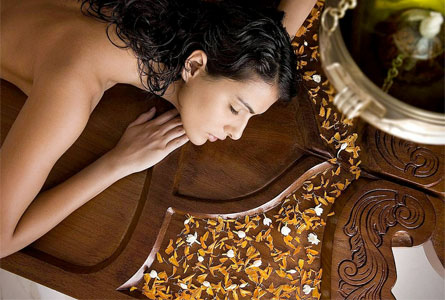 It’s clear that with such a long history, India has an enormous country brand potential – in tourism, culture, diplomacy, international relations, exports, et cetera. What’s less obvious, and yet more important, is how India can play a relevant role in people’s lifes across the globe. And this is entrenched in one of the main concepts of nation branding, which is that you shouldn’t be aiming to make your country famous (which you would attempt to with advertising and pr) but instead struggle to make it relevant, more useful. And don’t worry, if you do that, fame, respect and admiration will follow suit. Just like Finland can be useful in water management, best education practices and in difficult negotiations (just have a look at Finland’s nation brand mandate for details), India can be helpful across many areas, based upon her core values. Contributor Abhay K has summarized the values that could give India a role to play in the world scene beyond attracting tourists and manufacturing products.

There are certain Indian ideas, institutions and values following which the world could become a better place. Ahimsa,Unity in Diversity;Yoga, Ayurveda and Vegetarian Diet; Vasudhaiva Kutumbkam, Atithi Devo Bhav,Parliamentary Democracy,Spiritual Path,Care for the Environment and Jugaad are  India’s core values that can guide humanity on the path of peace and prosperity in the new millennium.

Unity in Diversity
India is an extremely diverse country in terms of languages, dialects, races, castes, religions, food and clothing habits. India has as many as 22 official languages while the United Nations has only 6. Indian leader such as Sardar Patel achieved a great feat when over 500 princely states decided to form Union of India and governed by a written constitution. Today’s India is what the world would look like in coming decades in terms of achieving unity in diversity.

Yoga, Ayurveda and Vegetarian diet
Indians have mastered the art of healthy living since ancient times eating vegetarian food, practising Yoga and taking recourse to Ayurvedic treatment when falling sick. Ayurveda is comprehensive knowledge of long life. Yoga today is well known across the world while Ayurveda is getting popular. Vegetarian diet is recommended to citizens of the economically advanced countries to avoid becoming obese and leading healthy lives.

Vasudhaiva Kutumbakam
Vasudhaiva Kutumbakam or the whole world is a family an unique Indian concept, reverberations of which reached America through Emerson and Thoreau and got manifested in Wilsonian school of thought in American foreign policy. This was what Gurudev Rabindranath Tagore professed in his message of  universal humanism. Today over a hundred thousand American missionaries are spread across the planet in the service the human family. As the world becomes more interconnected and interdependent,it would only wise for nations to develop a new esprit de planet.

Atithi Devo Bhav
Atithi Devo Bhav or Guest is God is an ancient Indian tradition of great Indian hospitality. Even today this tradition continues in contemporary India and tourists who visit India, spend time in India can experience this wherever they go. Those who visit India, fall in love with the country, its people, its culture and come back to India again and again.

Parliamentary Democracy
India’s tradition of democracy goes back to Licchavi Republic in ancient Eastern India which practised a system of Sabha & Samiti to discuss and
debate public issues. After India’s independence in 1947 democracy has taken deep roots. Bicameral Indian Parliament is backbone of Indian parliamentary democracy. 28 States and 7 Union Territories with varying population sizes, economic strengths and languages are represented in the Indian Parliament. The largest state Uttar Pradesh has 80 seats in the Lower House while the smallest state Sikkim has just 1 seat. Indian Parliament could well become the model for a United Nations Parliamentary Assembly (UNPA) in coming years as Indian Parliament already represents a great diversity in population size as well as culture.

Spiritual Path
India has since ancient times been home to spiritual masters such as Buddha, Mahavir and Gurus, Maharishis, Swamis, Yogis or Mahatmas. Swami Vivekanand and Maharshi Mahesh Yogi are known across the world as spiritual leaders. Scores of people visit places like Rishikesh, Hardwar in the Himalayas, Puttaparthi in South India and Ajmer in West India for spiritual guidance and blessings.

Care for the Environment
In India plants and animals are treated as sacred by associating them with deities. Thus cow is worshiped as Kamdhenu, tiger is the vehicle of goddess
Durga, swan and owl are associated with goddess Saraswati and goddess Lakshmi. There are communities in India such as Bishnois for whom preservation of plants and animals is religious duty.

Jugaad
Jugaad means use of innovative and entrepreneurial streak in solving problems on day to day basis. Indians are good at finding a way out. Whether it be zero or decimal system, ayurveda or biotechnology, astronomy or silicon chips, Indians have always been innovating something or the other. India has an innovation culture deep rooted in its tradition. Today India is a leader in innovation in cutting edge fields of information technology, biotechnology, space research and nanotechnology. Indian entrepreneurs such as Lakshmi Mittal, Ratan Tata or Ambani brothers are leading global business leaders.

Article by Abhak K, author, artist and diplomat. Views expressed are his own.