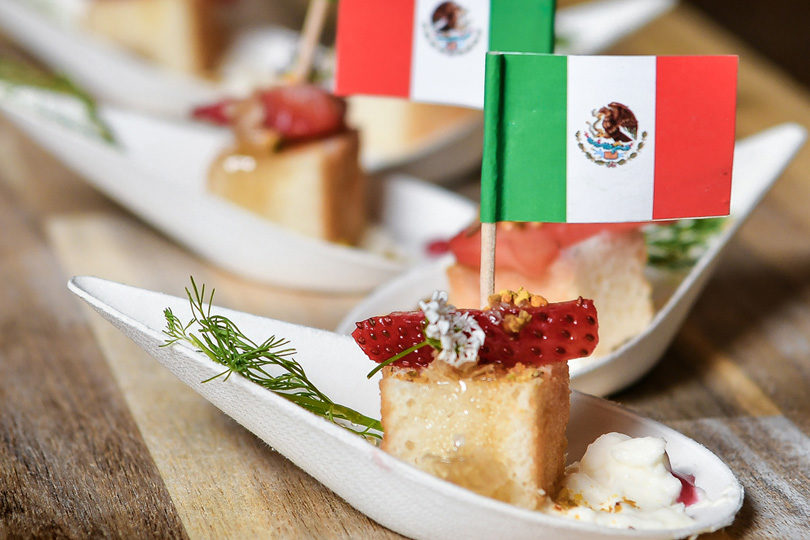 Nobody knows where your country is? Your country is usually mixed up with another one? People have no idea how the character of your country’s people really is? People can’t even tell 3 famous things  from your country? No worries, just read through these 12 recipes to put your country on the map – a true country branding terrorist cookbook, no less.

Developing an appealing national cuisine can be helpful in communicating a country’s culture, language, style and personality. It has worked for powerhouses like Japan or Italy, but also for more modest countries like Thailand or Mexico or, more, recently, Taiwan. Remember: going straight to the stomach is the fastest way.

Having a famous beer or spirit also helps telling a nation-branding story. Think of what Scottish whisky has done for Scotland, French champagne for France or sangria for Spain. Nationally-branded commercial brands also help: Bailey’s and Ireland, Foster’s and Australia…

Innovative laws can put your country on the map. Develop now the laws that are likely to be common rule in 10 years time and gain the world’s recognition as a pioneer (if you can make it to the news). It can be laws about the electric car, CO2 emissions, gender equality, copyright and copyleft, universal health, internet freedom and net neutrality, genetics, healthy and fatless food, human rights, prostitution, animal mistreatment, same-sex marriage, religion, whatever that has real substance in it but also is and looks modern (if you want to look modern, that is). No need to say, before that you need to have law and order reign – that’s an indispensable pre-requisite.

The United Arab Emirates, especially Dubai and Abu Dhabi, have learnt the lesson fairly well, and have used architecture and construction to tell a story about them. Bilbao did it too with the Guggenheim franchise museum, and other places are following suit. Iconic, eye-catching architecture is such a hardware-heavy message to the world that few can ignore it.

Polite and friendly nationals are the best ambassadors of a country brand. They can be serious like the Germans or attentive like the Japanese, but both as hosts and as tourists they represent the nation. Hosts inside the country and tourists overseas help other peoples figure how their country might be – they shape an image.

Choose your country’s leading brands and help them become global. Ikea represents Sweden and Swedish values better than your regular Affaires Étrangères office. So do BMW for Germany, Apple for the US and Nokia for Finland. Promote brands that people like and can associate to your country and make the most of this relationship.

No one really likes the bully boy in class. People naturally feel more sympathy for those countries who behave in a responsible way in world affairs. If you want respect, you’ll gain it just by being respectful. But if you want admiration, you’ll need to take a valiant stand on issues such as climate change, poverty or clean energies in international fora. Find your country’s discourse and tone of voice and stick to it.

Find out what your country does best in the world. Argentina is known for its meat, Japan for its electronics and France for its parfums but, what should your country be famous for? A world-leading industry can speak a lot about a country – who you are, and what do you do best.

All countries willing to be somewhat famous need to have at least 2 to 3 public ambassadors. They can be an actress like Penelope Cruz, a painter like Frida Kahlo or a rock band like Scorpions, but your country needs them. While your country is not famous, celebrities are decyphered through their nationality and wherever they are, your country becomes flesh.

In order to help build an image, a country needs to be coherent in its visuals: from the flag to the colors of the sports teams, from stamps to banknotes, from passports to road signs. A country should find and keep a consistent look&feel in shapes, color schemes and typographies. Identify a national visual identity and color palette and dress with it. Almost always.

Hosting world-class sports events may have been proved economically unefficient for some countries, but sportsmen are definetely worth investing. Just think about the service Nadia Comaneci, Cristiano Ronaldo or the Kenyan long distance runners have rendered or continue to render to Romania, Portugal and Kenya respectively.

Being at the forefront of human advancement is not only virtuous, but also pays high profits in nation branding terms. Countries are respected when they contribute to mankind, whether it be with science or technology. An invention coming from your country will help others appreciate your country better.

When all of these things tell a simple, consistent and captivating story about the country they come from, people start to revise their ideas and brand image begins to change in the direction signaled by these things. The more interesting things a country says, the more the world listens.

For a Russian translation of this article, check this out: 12 Retseptov iz povarennoy knigi brendinga stran