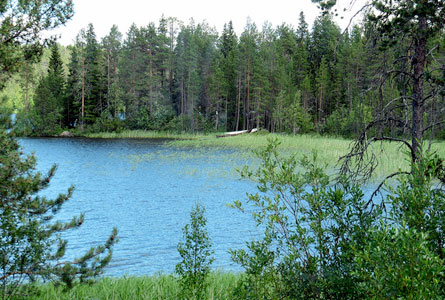 The group included distinguished representatives of business, the arts and sciences, sport, and opinion leaders in Finland, from historians to football players and painters. The nation brand working group was seen as a project of the new foreign minister, but it had already been started off during the first government of Matti Vanhanen, who wanted to strengthen the national brand image of Finland.

Ollila’s nation-branding delegation was received just as one might have expected. Some were derisive (surely, this is not the way to establish a brand), some were shocked at the cost (who’s supposed to pay for this nonsense?) and some questioned the choice of people for the group (sort of a ‘coffee club for the elite’).

The first controversy concerned the gender composition of the group. A number of researchers were angered that the Finnish nation brand working group was in violation of equality legislation, as only 28 per cent of the members were women. The situation was fixed in a week, when four more women were named to the group.

Then, two ministers waded in, Minister of Economic Affairs Mauri Pekkarinen and Minister of Foreign Trade and Development Paavo Väyrynen, both of them feeling that Stubb had intruded into their territory. On the other hand, marketing experts complained that the group lacked actual branding professionals.

The criticism has continued since. Most recently in June 2010, when advertising professional Andreas Rosenlew from branding agency Grow lashed out at the country brand working group in an article published on a Finnish financial newspaper. Rosenlew had previously been involved in establishing Sweden’s country brand, which was implemented with a low profile. Rosenlew questioned the starting point of the working group, and its high-profile of names. “Everyone who was not asked to join in was critical”, says Lasse Lehtinen, a Finnish representative to the European Parliament and also one of the members of the country branding delegation.

The problems were caused by one word: brand, which made most people think that the task of the group is to polish the image of Finland in the world.
“That was never our task”, says Finnish politician Kirsi Piha, who has been responsible for communications in the delegation.

The main task of the nation branding working group was “the definition of the main strategic choices”. This somewhat vague combination of words simply meant that they were supposed to find a task for Finland and to find ways in a couple of years to make Finland a more attractive country for skilled labour, investments, and travellers.

After an initial burst of publicity, the delegation withdrew to do its work, which it has been doing seriously ever since. Lehtinen says that he was surprised that it turned out not to be a typical working group where people drink coffee and make small talk until they finally draw up a pile of paper as a publication.

Pushing the group forward was Jorma Ollila, whose commitment was praised by the members of the delegation. “He is a hard worker by nature and has never been caught doing shoddy work”, Lehtinen says. For Ollila it was also about a project for Finnish self-esteem. He says that there are many good things in Finland, which the Finns themselves should make note of and be proud of (and Finns, with its modest character, find it hard to sell it).

An additional motivation for the group came from a study it had produced in the spring of 2009, whose results were depressing: the image of Finland around the world was positive, but weak. Finland was primarily known for its schools, its technology, and its unspoilt natural surroundings.

The actual work of the team was done in smaller working groups. Ollila chaired the most important of them – the strategy group. Other groups concentrated on culture, business, and communications.

Since the creation of the working group, its members have toured across Finland, speaking and listening to people. Views have also been collected on the Mitä Suomi on (“What Finland is”) website and in the Tehtävä Suomelle (“Mission for Finland”) series on the MTV3 television network, whereof the brand delegation solicited ideas from the public on how to make Finland better known.

The top three ideas included one aimed at turning Finland into a country of organic food production, one promoting Finland’s knowledge in matters related to water, and the idea for a Martti Ahtisaari Centre.

Kirsi Piha feels that they should all be implemented. “The Ahtisaari Centre would be great. Imagine if Finland would have a national Ahtisaari Day, when schools would not have lessons. Instead, miniature peace negotiations could be held, in which school bullying could be approached in that manner.”

Piha suggests that the Ahtisaari Centre would offer training for peace mediation at an international level. Finland’s strong point could be that of negotiation skills, instead of debate or rhetoric. “Perhaps our thing could be that when you negotiate with a Finn, nobody leaves the table a loser. We are all little Ahtisaaris.”

From early 2010 the working groups left their own final reports, on whose basis the “shovel group” headed by Ollila began to draw up a summation.
The actual drafting of the report was outsourced in the late spring to the think tank Demos Helsinki (the Finnish couhterpart of the British Demos group, which published in the late 90’s the seminal work Britain™). But Helsinki-based politician Laura Kolbe does not understand why the writing of the report was given to Demos. “The delegation’s thinking work was still incomplete.” The delegation will publish its first proposals for Finland’s country branding strategy on November 10th and the actual report will come out a couple of weeks later.

The group finally crystallised its work into pondering what Finland’s task in the world really is. “We have tried to define what we are, what our strengths are, and what our strengths might be 20 years from now if we concentrate on these things”, Kirsi Piha says. “Finland cannot be the best in the world in everything, but we can be the best in some small areas for which there is now a great need in the world. We are trying to find and crystallise them.”

So what are these then? The proposals of the brand group on Finland’s mission in the world are unsurprising. The most important themes are, according to information gathered by Finnish paper Helsingin Sanomat from different sources, at least teaching, everyday creativity, as well as nature and water.

Education is a clear choice, based on our continuing success in PISA studies, but what is ‘everyday creativity’? With it, the working group means Finnish engineering skill – reliable and functioning systems. The knowledge that Finland has in water matters is emphasised in a situation in which the world’s water shortage is getting worse, and actually pushing countries towards war. This proves to be a handy way to link peace mediation and knowledge about water – two cornerstones of the Finland nation brand.

One indication of the importance of nature in the delegation is that the proposals include one for a sharp increase in organic food production.
Laura Kolbe praised the whole process as “unusually high-quality brainstorming”, but she is critical of what she sees as an excessive emphasis on nature.
“I think that we have gone beyond linking Finnishness to nature mythology. What nature has produced for us – education and culture – is much more interesting”, Kolbe says. However, she still hopes that the proposals might lead to a national movement. “This is a project for all of Finland. There is clearly a demand for these thoughts.”

Kirsi Piha also hopes that the report will not disappear into the graveyard of reports: “If this is to have some continuity, Finns should become interested in the recommendations, and they should be part of our politics.” But Lasse Lehtinen is even more direct. He feels that the next government could pick a number of issues directly into its policy programme. “If there is the political will.”

Article by By Jaakko Lyytinen, retrieved from Helsingin Sanomat (edited for non-Finnish readers)